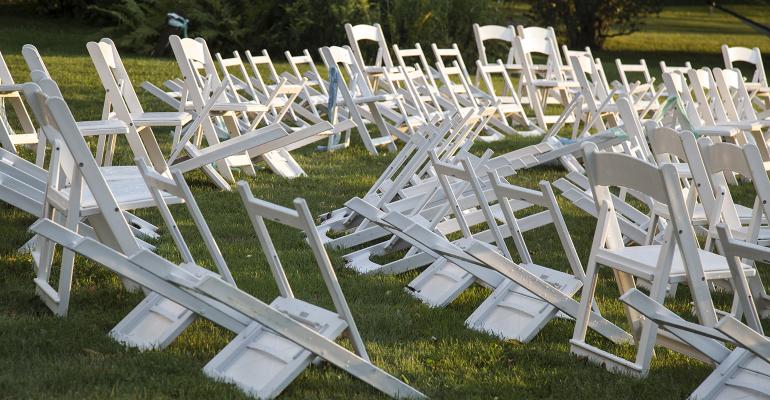 A Fintech Firm Crashes the ETF Party With Free Funds

SoFi, an online financial services firm, is the first company to offer zero-fee ETFs, but it likely won’t be the last.

In late December, CFRA predicted that the first zero-fee exchange traded fund would launch in 2019; news today brings this one step closer to reality. But the firm set to break the glass floor in fees is not one of the established ETF asset management arms of Charles Schwab, JPMorgan, Invesco or State Street we expected, but SoFi, an online-based financial firm. A fintech firm is crashing the ETF party.

It should be no surprise more firms want to offer ETFs; these products boast a whopping $3.7 trillion in assets and, in 2018, just had their second-strongest year of net inflows. But the ETF landscape is highly competitive as cheaper alternatives keep rolling out and established products receive much needed price haircuts. SoFi is definitely late to arrive to the ETF market (now 26 years old) and needs to make a splash to garner interest. With its updated filing with the SEC for its first four ETF products, the firm has done just that.

SoFi disclosed that SoFi 500 ETF and SoFi Next 500 ETF will be available without any expense ratios (they are waiving the stated 19 basis point fee), making these the first of their kind. Instead of bringing their own assets, as some more recent ETF entrants have done, SoFi plans to show up to the party with its own open bar and a sushi chef.

The lesser-known Solactive indexes these products will aim to track fall into the smart-beta arena. A blended large- and mid-cap universe is sorted based on four growth factors, including trailing and forward sales or earnings. Such an approach is similar in concept to SPDR Portfolio S&P 500 Growth (SPYG), iShares Core US Growth (IUSG) and Vanguard Growth Index ETF (VUG) that charge 4 or 5 basis points in fees and have $3.8 billion, $5.7 billion and $37 billion in assets, respectively. But even those products have different records, reflecting the importance of looking inside.

Moreover, the future SoFi ETFs would be more “active” than growth peers, as the indexes behind these funds would be rebalanced and reconstituted on a quarterly basis, not annually. Smart-beta funds that adjust as frequently as these will ultimately do, such as Invesco S&P 500 Low Volatility (SPLV), charge even higher fees.

As cheap as those established growth ETFs are relative to active mutual funds, there are five market-cap-weighted ETFs that charge an even lower 3 basis points and are never rebalanced. These include two from Schwab: Schwab US Broad Market (SCHB) and Schwab US Large Cap (SCHX), two from State Street: SPDR Portfolio US Large Cap (SPLG) and SPDR Portfolio Total Stock Market (SPTM), and one from iShares: iShares Core S&P Total US Stock Market (ITOT) that provide either large-cap or multi-cap core exposure.

It’s easy to see why firms would offer likely loss leader products in the race near the bottom given that 96% of net ETF inflows in the fourth quarter went into products with expense ratios of 20 basis points or lower, according to Eric Balchunas, an ETF analyst with Bloomberg Intelligence.

That means SoFi will not so easily have the opportunity to offer additional borrowing or investing services to its ETF shareholders.

Despite the lack of revenues tied to zero-fee ETFs, CFRA thinks others should follow SoFi’s lead. As we wrote in December in a thematic research article on MarketScope Advisor titled Get Ready for Zero-Fee ETFs, “given investors’ laser focus on fees, one or more firms will decide that they can eat the few basis points of costs to run an ETF in exchange for being first to reach zero. Such a move would certainly shake up the rapidly growing ETF industry and possibly drive further industry inflows.” That would be a win for all existing ETF providers.

Bargain basement candidates we put forward then—and we still think could make sense—are products listed above that charge 3 basis points, as well as the soon-to-be launched JPMorgan BetaBuilders US Equity ETF. JPMorgan has not yet updated its December regulatory filing for this fund to include an expense ratio (zero or otherwise). But the firm has aggressively priced other BetaBuilders products, including JPMorgan BetaBuilders Japan (BBJP), and pulled in enough assets in 2018 to catapult the firm as the 10th-largest ETF provider despite a short history. In the second half of 2018, JPMorgan unveiled a new digital brokerage service called You Invest with free online stock and ETF trading and the firm certainly has the resources to go to zero.

At the same time, CFRA also expects many other asset managers to not directly compete with SoFi, highlighting the more prominent indexes their ETFs track, that investors get what they pay for and other arguments. Indeed, we strongly believe investors need to go beyond a minuscule or even zero fee to understand what’s inside the fund and how it trades. But if SoFi is able to convince ETF partygoers that their products are worthy of investor attention and assets, it will be a challenge for other firms to ignore. So ETF investors prepare for the party to include top-shelf drinks and shrimp tempura rolls.