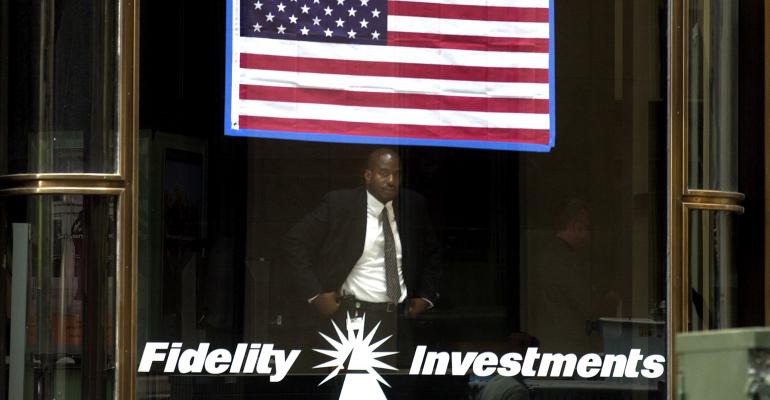 The Fidelity 500 Index Fund passed the Fidelity Contrafund in assets, with $105.9 billion.

(Bloomberg) --The biggest stock mutual fund at Fidelity Investments, a firm that made its reputation picking stocks, is now an index fund.

The Fidelity 500 Index Fund ended November with $105.9 billion in assets, passing the previous leader, Fidelity Contrafund, which had $104.2 billion, according to data on the company’s website.

Contrafund was unseated as it has trailed the S&P 500 by 7.6 percentage points this year. Investors, unhappy with the cost and performance of actively run stock funds, are shunning them in favor of funds that track indexes. Actively-managed stock funds had net redemptions of $288.8 billion this year through October while passive funds, a combination of mutual funds and exchange-traded funds, attracted $197.4 billion, according to Morningstar Inc.

“Even a firm that built its brand on active management can’t outrun the trends,” said Lawrence Glazer, managing partner at Mayflower Advisors in Boston, where he helps oversee $2.5 billion. “They were the category killer in active management.”

Like other money managers, Fidelity has lost assets in many active funds as its index business has grown. Contrafund had redemptions of $8.4 billion this year through November; the 500 index fund gained $6 billion, according to data compiled by Bloomberg.

In June, the company cut fees for 27 index mutual funds and ETFs in a bid to attract more money to passive strategies. “While we’ve offered our customers access to low-cost index funds for nearly 30 years, we remain strong believers in the power of active management because of the long-term value it can provide investors,” Fidelity said Friday in an emailed statement.

Stock pickers in general have not fared well more recently. In the five years ended June 30, only 8 percent of large-cap managers beat their benchmarks, according to S&P Dow Jones Indices.

Contrafund is run by William Danoff, perhaps Fidelity’s best-known stock picker, who over the past 25 years has topped the S&P 500 by 2 percentage points a year. This year through October, however, the fund was up 1.8 percent compared with 9.4 percent for the index. Contrafund also trails 90 percent of its peers, according to data compiled by Bloomberg.

Danoff and Joel Tillinghast, manager of the $38.1 billion Fidelity Low-Priced Stock Fund, are considered heirs to legendary Fidelity money manager Peter Lynch. Tillinghast has beaten the S&P 500 Index by almost 4 percentage points a year over the past 25 years, according to data compiled by Bloomberg. Lynch ran the Magellan Fund from 1977 to 1990 and returned 29 percent a year compared with 15 percent for the S&P 500 Index.

In 2010, Fidelity lost its crown as the largest U.S. mutual fund company to Vanguard, the indexing leader.