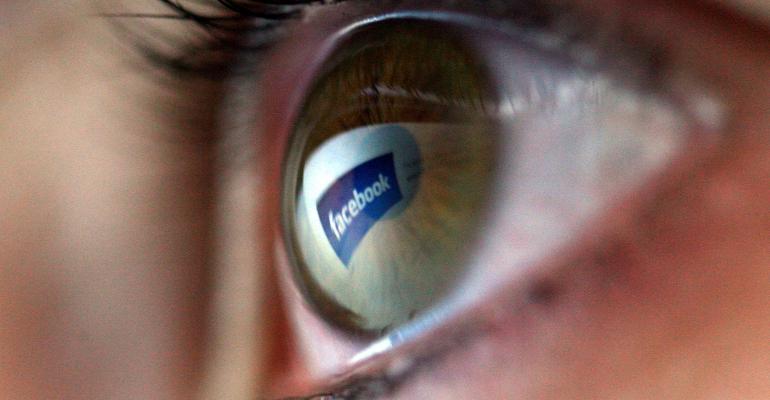 Some socially responsible investors have begun lumping Facebook in with so-called sin stocks, such as tobacco or weapons shares, they routinely filter out of their portfolios.

(Bloomberg) --Just how toxic is the data-privacy scandal for Facebook Inc.?

So toxic that some investment funds now are lumping in the social network with big polluters and other corporations they consider ethically challenged.

As Facebook has struggled to contain the damage from Cambridge Analytica’s use of personal data from 50 million users, some environmental, social and governance (ESG) funds have started to rethink their interest in the company. In a nutshell, they’re viewing the breach as the digital equivalent of a toxic waste spill -- one that has prompted calls for greater government oversight of social-media companies.

The BetaShares Global Sustainability Leaders ETF removed Facebook from its fund last week, citing a reassessment after the Cambridge Analytica data breach and other controversies. Facebook accounts for about 3.9 percent of the fund, the largest ethical ETF traded in Australia. Nordea Bank also blacklisted the stock last week, saying it won’t let its sustainable-investment unit buy more amid concerns about “systemic issues.” Other Nordic investors focused on ESG issues also are reviewing their holdings.

“Data security and privacy are significant ESG risks,” Janicke Scheele, head of responsible investments at DNB Asset Management AS, said in an email, adding that she’s following the situation closely.

The turmoil has blown about $90 billion of market value out of Facebook stock in the past 10 days, after reports that Cambridge Analytica, the data-analysis company that helped with President Donald Trump’s 2016 campaign, kept data from 50 million users even after telling Facebook it had destroyed the information. The shares dropped 2.4 percent to $155.55 at 12:49 p.m. in New York, extending this year’s decline to 12 percent, the fifth-worst performance among 70 companies in the S&P 500 Information Technology Index.

Facebook has wooed do-good investors with pledges to aggressively reduce carbon emissions with renewable-energy investments. About 11 percent of funds that specifically focus on environmentally or socially responsible investing hold about 6.3 million Facebook shares, according to data for almost 1,200 funds compiled by Bloomberg. Eighty ESG funds count Facebook as a top-10 holding, which helped drive their performance last year as the tech company’s stock rose.

MSCI Inc. and Robecosam AG, which issue sustainability ratings, are considering downgrading Facebook, spokesmen said. The company was never included in the Dow Jones Sustainability Indexes, which Robecosam oversees, or the MSCI ESG Leaders indexes amid the concerns about regulatory risks from privacy and data security, and a lack of checks and balances in Facebook’s corporate governance, which leaves control with founder Mark Zuckerberg, they said.

Some socially responsible investors have begun lumping Facebook in with so-called sin stocks, such as tobacco or weapons shares, they routinely filter out of their portfolios.

“We’ve had a few requests around screening out Facebook in the past few days,” said Jennifer Sireklove, director of responsible investing at Eaton Vance Corp.’s Parametric Portfolio Associates LLC, which works with foundations and endowments. But she’s telling investors “if your intent is to get the company to improve, you actually need to own the company and have a plan for engagement,” she said.

A shareholder proposal about Facebook’s content policies could become a flash point for concerned investors at this year’s annual meeting. The company’s board opposed the proposal, led by shareholders Arjuna Capital and the New York State Common Retirement Fund, but the investors behind it now anticipate increased support, according to Arjuna.

“At the end of the day, we want Facebook to step up their transparency and governance surrounding not only user privacy, but illegal and hateful content propagated over their platform,” said Natasha Lamb, managing partner at Arjuna. “We just requested a renewed dialog with the company this week.”