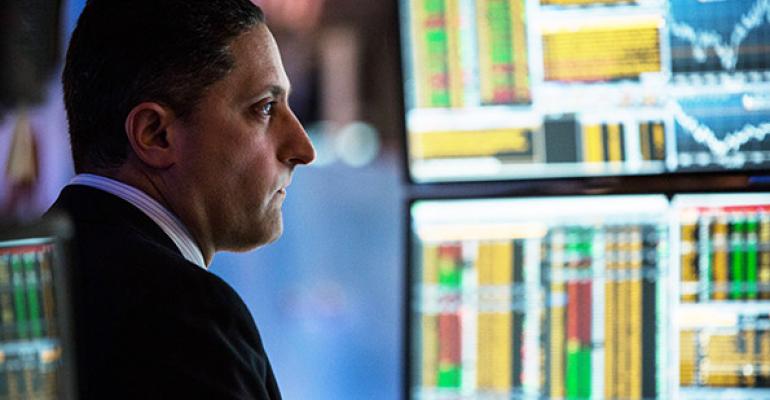 (Bloomberg) -- If there's a stampede for the exit in the junk bond market, it won't be investors in exchange-traded funds that get hit hardest. That's the conclusion of the Financial Stability Board, whose members include the U.S. Federal Reserve and the Bank of England, published in a consultation document on Wednesday. It runs somewhat counter to warnings from Carl Icahn and Howard Marks that the funds can give an illusion of liquidity yet may be hard to get out of when market sentiment sours. It also gives a boost to ETF champions, such as BlackRock Inc.'s Larry Fink, who say the funds offer unparalleled transparency.

Buried on the penultimate page of the FSB document is an explanation of how the mechanics of ETFs mean even funds based on assets that trade in less liquid markets should be able to sell their holdings and honor all their obligations during a large withdrawal.

Instead of selling fund holdings in exchange for cash, as is the case with mutual funds, many bond ETFs use what's known as an in-kind creation and redemption process that can insulate the fund from having to sell, the FSB said. Market makers known as authorized participants, or APs, swap a basket of securities from the underlying benchmark index for ETF shares, or vice versa, and this in-kind mechanism means the cost of redemptions are born by redeeming shareholders, instead of remaining shareholders.

The result, according to the report, is that ETFs "generally do not pose" the "issues related to on-demand liquidity" that other open-ended investment funds — such as mutual funds — do. Here the FSB unveiled a host of proposals aimed at shoring up such funds against a potential liquidity mismatch and preventing a situation where investors who are late to head for the exits in the midst of a massive bond sell-off get unduly penalized.Still, it's not all good news for folks like Fink.

The mechanism by which APs keep the price of ETFs close to the estimated value of the underlying assets can also be strained in stressed conditions, the FSB warned. Since APs — usually financial institutions and big banks — are not obligated to create or redeem ETF shares, they could simply refuse to do so in times of market turmoil, meaning investors may only be able to trade if they accept "significant discounts" to the assets' estimated value, the FSB said.

The FSB consultation comes as ETFs draw greater scrutiny, after the market for the securities rose inexorably since the financial crisis, fueled by a loss of a faith in active managers and deteriorating trading conditions in credit markets. The FSB noted that its proposed liquidity recommendations "may require tailoring to address the circumstances of ETFs."