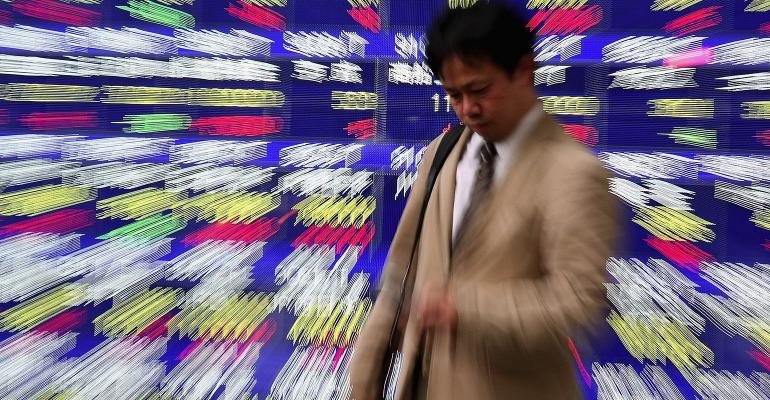 It’s unclear how long the Next Funds Russia RTS Linked ETF, issued by Nomura Holdings, will keep trading as investors, money managers and exchanges grapple with the fallout of the Ukraine war.

(Bloomberg) -- A tiny ETF listed in Tokyo is grabbing the global spotlight as likely the last destination for betting on Russian stocks, while venues from London to New York suspend products tracking the nation’s assets following the invasion of Ukraine.

About $467,000 worth of the Next Funds Russia RTS Linked ETF changed hands on Tuesday, according to data compiled by Bloomberg.

The 874 million yen ($7.5 million) exchange-traded fund, which tracks the Russia RTS Index of stocks, looks like the last product standing globally after the SIX Swiss Exchange stopped the iShares MSCI Russia ADR/GDR UCITS ETF (CSRU SW) during trading on Tuesday. About $145,000 worth of CSRU had traded a day earlier.

Unsurprisingly, both funds have been having a miserable run amid heightened volatility, with 1324 down 37% since Feb. 16 and CSRU nursing an almost 90% drop. CSRU was posting a bounce of more than 20% when it was stopped, while 1324 ended Tuesday with a 17% slump.

It’s unclear how long the Tokyo product, issued by Nomura Holdings, will keep trading as investors, money managers and exchanges grapple with the fallout of the Ukraine war. The ETF structure means that funds can usually keep trading even when their assets can’t, but that normally assumes some level of liquidity will eventually return. The severity of sanctions on Russia make the prospects of trading the nation’s assets in the foreseeable future remote, so multiple funds have now been halted around the globe.

The largest holding in 1324 is gas producer Gazprom PJSC, whose shares haven’t traded in Moscow since the end of February. Its London-listed depository receipts had dropped 90% last week until they were suspended.

“With Moscow exchange closed for trading, this may be as close as you can get to Russia exposure and ETFs, but expect volatility,” said Rebecca Sin, an analyst with Bloomberg Intelligence. “It can continue to trade as normal until the ETF issuer decides to stop or market makers do not provide liquidity.”

CSRU had traded on multiple exchanges and been halted everywhere else before the SIX move on Tuesday. Issuer BlackRock Inc. had ceased creating or redeeming shares in the ETF -- effectively stopping money from moving in or out -- and the firm had previously said it “strongly supports” venues halting trading.