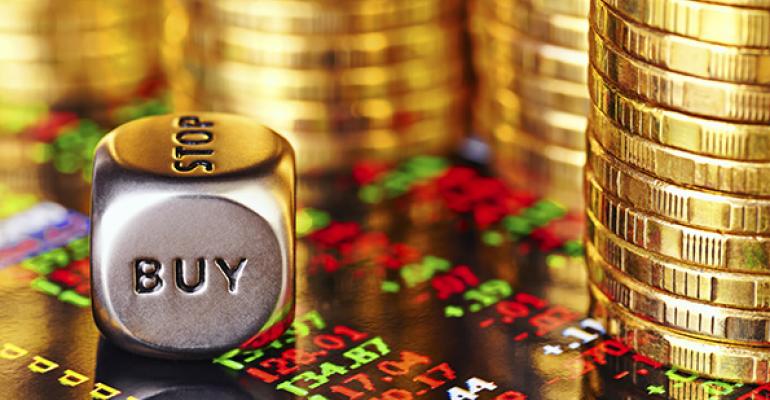 The new president's policies are keeping investors on their toes.

(Bloomberg) --Add the flap over U.S. immigration policy to investor concerns that are reigniting demand for precious metals as havens.

Long-only exchange-traded funds backed by precious metals have attracted about $200 million this month, on course for the first monthly inflow since October, data compiled by Bloomberg Intelligence showed. Almost $1.6 billion poured into the 10 precious-metals ETFs that have attracted the most money in January, with Frankfurt-listed Xetra-Gold ETF drawing in more than any other commodity ETF.

Gold futures are headed for the first monthly gain since September as uncertainty over the impact of President Donald Trump’s policies on trade and global growth start to outweigh concerns about potential interest rate increases in the U.S. The dollar is poised for a decline in January against a basket of 10 currencies.

“After a week in office, Donald Trump is keeping investors on their toes already with his executive order over the weekend impacting the dollar,” said Naeem Aslam, chief market analyst at Think Markets U.K. Ltd.

Gold futures for April delivery gained 0.5 percent to $1,202.20 an ounce on the Comex by 8:10 a.m. in London on Tuesday. Prices are up about 4.4 percent in January, after falling 13 percent over the previous three months.

On Jan. 27, Trump issued an immigration clampdown, opening a rift with some U.S. lawmakers and prompting key American allies to distance themselves from the U.S. president. The move underscores uncertainty stemming from Trump’s “America first” rhetoric and plans to scrap regional trade deals, which are seen by some investors as a risk to global economic growth. Investors have also been concerned over the fallout from Britain’s plans to exit the European Union and the potential split of the trade bloc.

Global equities extended declines on Tuesday after Trump fired acting Attorney General Sally Yates just hours after she told Justice Department staff not to defend the immigration ban in court because she didn’t think it was legal.

Not all precious-metals funds have fared well this month. Some $863.9 million has exited SPDR Gold Shares, the largest commodity ETF. That’s still only about half of the money that flowed into the 10 top-drawing precious metals ETFs during that time, though.