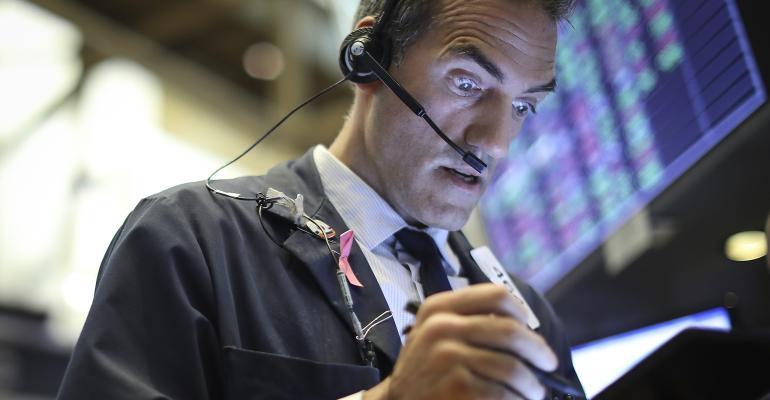 Just three in ten large-cap mutual funds outperformed the S&P 500 Index over the past year, according to data released this week. The numbers fall even further the longer back you look.

The data continues to stack up against actively managed large-cap mutual funds. This week’s publication of the S&P Dow Jones Indices SPIVA Scorecard shows that just three in ten outperformed the widely followed S&P 500 Index in the one-year period ended June 2019, and fewer funds outperformed looking back between three and 15 years. Given that investors can track the S&P 500 Index or its style benchmarks for a fee as little as 0.04%, the $212 billion that has flowed out of large-cap mutual funds between January 2017 and September 2019, according to the Investment Company Institute, much of it toward cheaper ETFs, does not seem likely to slow down. ETF demand will continue. 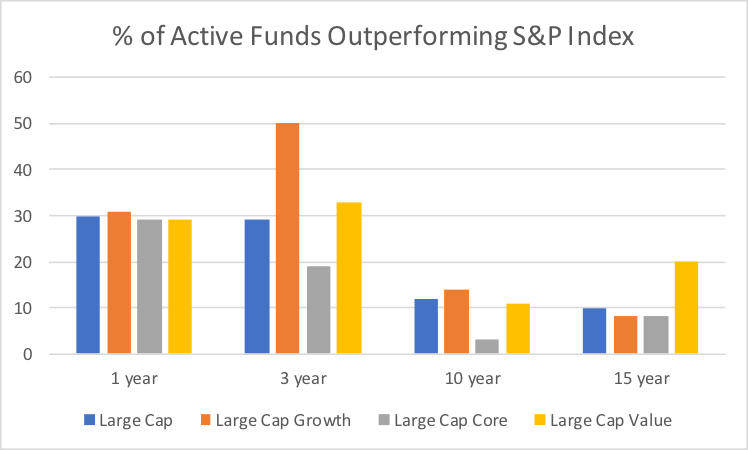 However, if investors looked back to a more intermediate- or longer-term period, they would find some deviation.

Part of the longer-term performance challenges stems from the limited number of funds that survive. Just 33% of the 187 large-cap growth funds in the SPIVA database 15 years ago survived the full review period; mergers and fund closures reduced the actively managed investment alternatives. Given that many investors use mutual funds for long-term investing, the performance success and limited viability should be of concern.

Years ago, when the SPIVA scorecard first revealed the difficulty large-cap funds had to beat the S&P indexes, it was more an academic issue since the benchmarks were not investable for free, and costs ate into the relative returns. The world changed with index ETFs. While these ETFs still come with a cost, the fees continue to creep lower, and that has a positive compounding effect on long-term performance.

Vanguard lowered the expense ratio of Vanguard S&P 500 Growth (VOO) this year to 0.03%, making it slightly cheaper than iShares Core S&P 500 (IVV). For growth or value focused investors, SPDR Portfolio S&P 500 Growth (SPYG) and SPDR Portfolio S&P 500 Value (SPYV) make strong options for investors who prefer to replicate the relevant index, rather than trying—and likely failing—to beat the benchmark, or perhaps not even surviving the next 10 to 15 years.