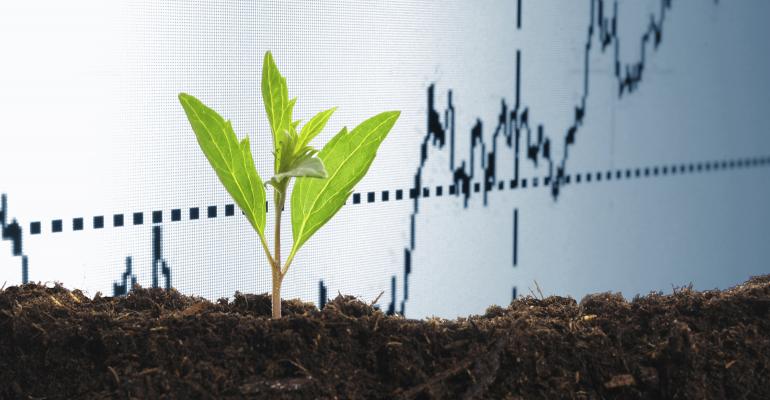 Engine No. 1 Is Coming to Shake Up the $6.5 Trillion ETF Market

After the victory over Exxon, the tiny investment firm is launching its first ETF with a new twist on green investing.

(Bloomberg) -- Not content with roiling a major oil company and sending shock waves through the market, Engine No. 1 is looking to kick start a mini-revolution in how trillions of dollars of passive cash engages with Corporate America.

The impact investment group is gearing up to launch its first exchange-traded fund, called the Engine No. 1 Transform 500 ETF. The clue as to how it hopes to shake things up? It’s in the ticker: VOTE.

Instead of excluding companies with bad scores in environmental, social and governance metrics, or handing “good” companies a bigger weighting, the fund aims to encourage better behavior using its shareholder voting rights. It will follow voting guidelines aiming to get businesses to invest in employees, communities, customers and the environment, according to a filing.

It’s a dramatic new approach for combining ESG and index investing. As recently as February, Robeco Quant Research showed passive managers were among those least likely to vote in favor of social or environmental proposals.

Even in ESG-focused products, the practice is typically to reward good behavior and punish bad at the point of capital allocation, rather than through shareholder action.

“A climate fund might limit your carbon emissions in your portfolio, but not actually change the amount of carbon emitted into the environment,” said Michael O’Leary, managing director at Engine No. 1. “With this product, the idea is: What can we do as active owners to actually drive impact at these companies through the way we vote, through the campaigns we run, through the other investors we bring with us?”

Earlier this month, Engine No. 1 won three board seats at Exxon Mobil Corp. after a six-month proxy fight. The bet now is that ETF investors will want to join the cause.

With that in mind, pricing for the new fund has been set at a rock-bottom 0.05%. It’s also targeted at a mass audience -- VOTE will track the Morningstar U.S. Large Cap Select Index of America’s 500 biggest companies and accordingly it will weight them by market cap.

“Most of the sustainable products in the market either exclude or re-weight” companies with low ESG scores, said Yasmin Bilger, head of ETFs at Engine No. 1. “This idea of a pure play -- keeping it exactly market cap, keeping it the similar price point and driving value through active ownership -- is really unique in the market.”

Whether it stays that way remains to be seen. Asset managers of all stripes are making ever-more commitments to ESG standards, including firms such BlackRock Inc. As the largest money manager and ETF issuer in the world, it has a huge amount of shareholder power at its disposal.

In fact, much of Engine No. 1’s success will depend on getting three major players on its side -- BlackRock, Vanguard Group and State Street Corp. now hold 43% of the fund industry’s U.S. equity assets, according to Morningstar Inc. The three could one day hold 35% of the typical company’s stock, said John Rekenthaler, the firm’s vice president of research, in a recent report.

“If those three organizations remained loyal to corporate managements, they could effectively shut down almost any activist activities,” Rekenthaler wrote.

Robeco’s study showed that larger and more passive managers were less likely to vote in favor of ESG proposals, a phenomenon it speculated could be linked to the need to keep costs low. However, the research relied on historical data and the authors acknowledged that recent years showed votes in favor were “slowly on the rise.”

In addition to its voting, Engine No. 1 will use the proceeds from the ETF to help fund its work in advocating for change at some of the largest U.S. firms. Although with such a low expense ratio, it will need to attract significant assets to generate meaningful revenue.

The new fund is launching with an initial capital commitment of $100 million. It’s also getting a boost from investment adviser Betterment LLC, which will integrate VOTE into all of its socially responsible investing strategies.

“It became clear to us that this was going to become a major area of focus as investors, including our clients, understand how capital can drive change,” said Boris Khentov, senior vice president of operations at Betterment. “People are going to want to be part of campaigns like Engine No. 1’s Exxon campaign.”