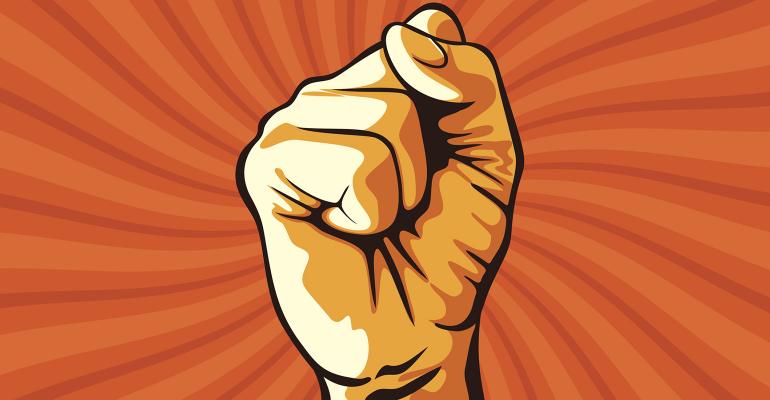 Investments Even a Marxist Would Love

Given the asset flows into dirt-cheap passive index funds (massive), you’d think traditional Wall Street firms would get the picture: price-conscientious investors—meaning all investors—understand there is no need to pay high active management fees for returns that can just as easily be had by tracking an index for a much lower cost.

When it comes to low-cost index investing, exchange-traded funds are the cheapest wrappers around. Over the past ten years they have revolutionized the markets and cut fees for all participants, particularly the end investor—your client.

However, people in the ETF industry still relish their role as outsiders. When a Sanford C. Bernstein analyst wrote a client report late last year called “The Silent Road to Serfdom: Why Passive Investing is Worse Than Marxism,” many long-time ETF industry folks were almost giddy to have their revolution compared to the great ideological divide of the 20th century. It gave a kind of nobility to the cause.

The paper was the offstage foil referenced many times at the recent Inside ETFs conference, probably the largest and most dynamic conference for ETF providers and investors in the U.S. (Full disclosure, both the Inside ETFs conference and Wealthmanagement.com are owned by Informa Plc. I would have written the same thing anyway—no “alternative facts” here. If you are at all interested in ETFs, you need to go to their conference.)

“ETFs won 2016 in an enormous way,” said Inside ETFs CEO, Matt Hougan, during his keynote speech. Consider that $284 billion flowed into ETFs in 2016, 20 percent more than the year prior. He also said that fact only tells half the picture. $186 billion flowed out of mutual funds, making a close to half a trillion dollar swing from the mutual funds to ETFs. Hougan estimates that ETFs will surpass mutual funds in total assets by 2025—a mere eight years away. That’s an achievement that even a few years ago fell into the “not-in-my-lifetime” category for most industry observers.

Along with that story comes extreme pricing pressure on asset management, even within ETFs themselves. Hougan points out that ETFs today across asset classes are, on average, almost 80 percent cheaper than they were when they launched (the largest ETF, SPY, which tracks the S&P 500, for instance, launched with an .18% AUM fee. Today it’s .09%. It’s cheapest competitor? A mere 3 basis points.)

For you and your clients, the trajectory seems to point toward not low-cost asset management, but no-cost asset management. Planner and industry guru Michael Kitces told conference attendees that some retail advisory firms are beginning to experiment with simply giving away the investment management portion of their services for free. They would then charge a fee for the other services they provide that actually do take time and skill—like helping clients define their financial goals, create individualized financial plans, navigate the financial hurdles of paying for a home, college and retirement; and (almost most importantly) talk them out of doing anything stupid with their investments.

Yet, for the investment piece, it would be something for nothing. Sounds almost socialist.