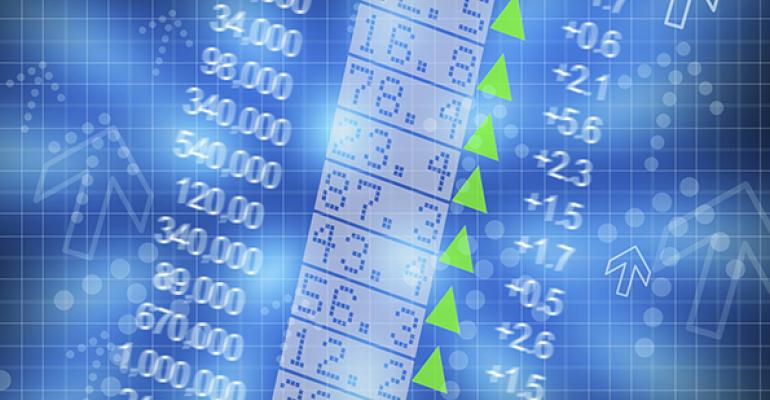 Flow Traders made a profit every trading day last year.

(Bloomberg) --Algorithmic trading firm Flow Traders NV has racked up 31 months without a single day of losses, making the Dutch company one of the big winners from the spread of exchange-traded funds.

Flow Traders made a profit every trading day last year as the company increased the value of its trades in both Europe and the U.S. by more than 10 percent. Although Amsterdam-based Flow reported a 6 percent rise in value traded globally, it still reported a 28 percent decline in full-year profit, according to a statement.

Net trading income from the European ETF market, where Flow is the biggest trader, dropped 14 percent in 2016 to 158 million euros ($167 million) thanks to subdued volatility in the first three quarters of the year. Income from the U.S. market jumped 32 percent to 68 million euros as Flow started building a presence in the off-exchange ETF market where the biggest deals take place.

Asian income slid 65 percent as Flow continued to struggle with a market where trading is concentrated in a handful of the biggest funds. Flow specializes in thinly traded or difficult-to-price ETFs, which potentially offer the greatest margins. “Throughout 2016 our trading infrastructure operated as expected and the trading team showed great discipline during events like Brexit and the U.S. elections,” said Flow’s co-Chief Executive Officer Sjoerd Rietberg. “Our institutional trading teams increased the number of counterparties and reinforced our dominant position in the over-the-counter market via request-for-quote trading. All these changes brought Flow Traders up to the next level, as demonstrated by our growing market share while maintaining our desired risk profile.”

Flow is not the only algorithmic or high-speed trader to enjoy a long run without making a trading loss. U.S. high-frequency trading firm Virtu Financial Inc. revealed in February 2015 that it had only experienced a single day of losing money in the first six years of the company’s life.