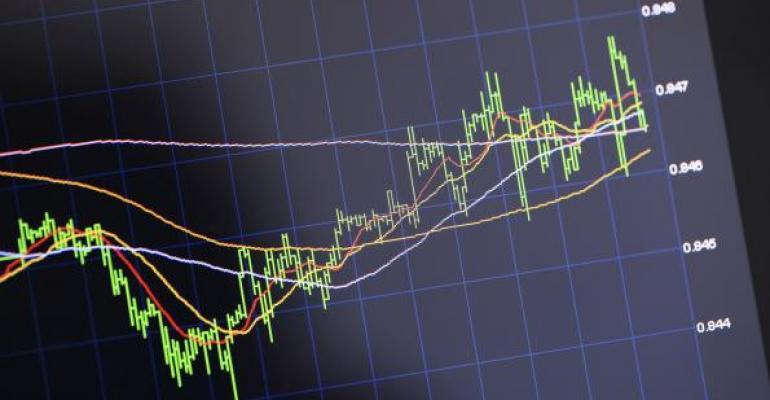 Spreads at odds with consumer sentiment

The last edition of the Market’s Measure got some people wondering if I’ve become overly optimistic about the domestic economy and the equity market.

The column described an imminent breakout in investors’ market risk posture. I suppose some readers came away thinking I was an economic Pollyanna by the graph displayed at the commentary’s end. It depicted an breach through resistance in the XLY/XLP ratio, a measure of the value of the SPDR Consumer Discretionary Select Sector ETF (NYSE Arca: XLY) relative to the SPDR Consumer Staples Select Sector ETF (NYSE Arca: XLP). The ratio tends to rise in anticipation of good economic times and falls when consumers pull in their horns during downturns.

The rising ratio illustrates that investors (not necessarily I) believe that economic prospects justify more consumer spending on non-essentials.

There are indicators showing a different mindset at work among institutions. Take credit spreads for example. Spreads represent the real cost of money for less-than-prime borrowers. Fluctuations in credit spreads reflect shifts in the effective supply of funds and act as barometers of future economic activity.

Recent widening in key credit spreads bespeak a reduction in the supply of credit which, in turn, could lead to a reduction in production and spending.

You can see the divergence in the trajectories of the SPDR S&P 500 ETF (NYSE Arca: SPY) and the HYG/LQD ratio in the chart below. Stocks have been bought with exuberance while the credit spread widened. Note especially how stocks rose in November, attempting to recover losses from the August swoon, while the ETF ratio fell.

Investors in corporate debt, unlike punters trading in consumer stocks, seem gloomy about our economic prospects.

Don’t shoot the messenger. I just report it as I see it.