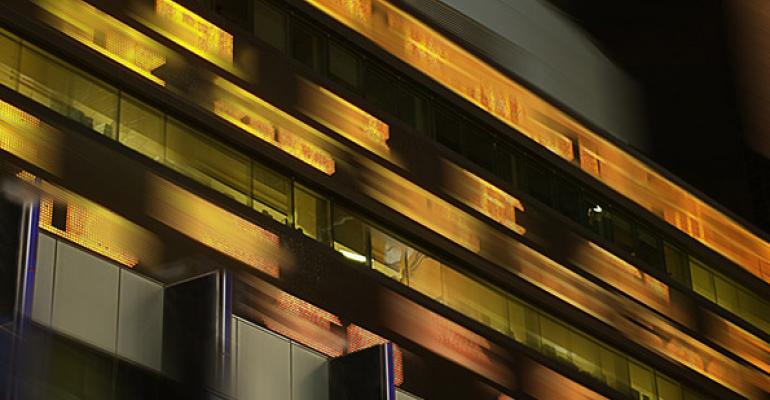 (Bloomberg) -- Wall Street firms are entering the world of exchange-traded funds like never before.

Despite a pandemic that’s ravaged global economies, a contentious presidential election and unprecedented stock volatility, a record 14 new issuers entered the market this year, according to data compiled by Bloomberg Intelligence. That compares with 10 entrants in 2019 and seven in 2018.

Thank two big changes in the $5.2 trillion industry for the bump: new rules that made launches easier and the approval of a breed of funds that partially conceal their holdings -- luring active managers who like to keep their strategies under wraps.

“Eventually, every asset manager will probably have an ETF product,” said Elya Schwartzman, who spent nearly a decade at BlackRock Inc. before founding ES Investment Consulting LLC. “There are very few out there that don’t have ETFs at least under their umbrella.”

Among the most dramatic new entrants was Dimensional Fund Advisors, which recently launched two actively managed products -- one focused on U.S. equities and the other tracking international stocks. Both have outpaced the S&P 500 since their debut last month. It was just the first step in the $527 billion manager’s plans to convert six of its tax-managed mutual funds into ETFs, for a total of nine offerings.

For Michael Winter, founder of Leatherback Asset Management, the ETF rule “put a light bulb on.” His firm released the Leatherback Long/Short Alternative Yield ETF (LBAY) in November, an actively managed fund that holds long positions in equities and other securities to seek attractive yields.

“It’s been mostly passive ETFs for years and years and years, and then active started trickling out,” he said. “Leatherback’s mission is to be that premier provider of active alternatives in the most optimal wrapper -- the ETF wrapper.”

Debuts from Wells Fargo & Co. and Federated Investors will potentially come to market in 2021, according to regulatory filings and company statements.

“We expect to see, now that we have more of a level playing field and fewer barriers to entry, increased interest in ETFs coming out,” said Sal Bruno, chief investment officer of IndexIQ.