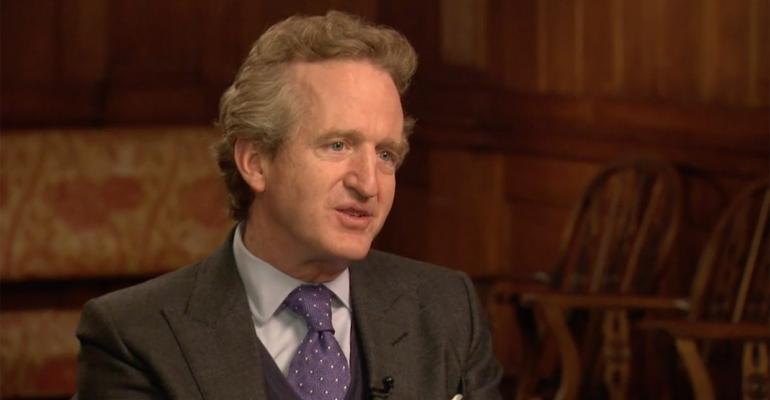 The pioneer in actively managed ETFs told advisors at the Financial Planning Association’s national conference that low-cost active managers with “skin in the game” more often than not beat their passive benchmarks.

Chris Davis, the chairman and portfolio manager at Davis Advisors in New York, thinks the most dangerous places for investors are often where they are most comfortable—and right now that seems to be in index-based investments.

Speaking to a standing-room-only crowd at this week’s Financial Planning Association conference in Nashville, Tenn., Davis made the case for active investment management, and said what investors should really be concerned about was not active versus passive, but management fees and portfolio managers that don’t invest in their own funds. “Why wouldn’t you rail against high fees and lack of alignment?” he said.

It’s true that “people are voting with their feet” and piling assets into passive investments, Davis said. But many of the critics of active management get it wrong; He pointed out that 88 percent of “select” active managers—meaning those who charge low fees and have a high degree of ownership of their own funds—outperformed the S&P 500, versus only 24 percent of the entire active-management universe.

Consider the $11.1 billion Davis New York Venture Fund (NYVTX), which was launched in 1969 and has since that time consistently outperformed the S&P 500. Some $2 billion of the fund’s assets are the firm’s, according to the company.

In the current market, Davis said he felt equities are due for a correction, particularly dividend-paying companies that “burned the furniture” to keep their “fire” going, so to speak. Those companies, Davis said, allowed stock price and investor perception to influence their strategy. They should have invested more money in growth, not dividends.

Emerging market equities are “one of the worst categories that exist,” Davis said. He said he is shocked that portfolio management teams still divide their research focus based on geography, rather than sectors, given the rise of globalization, and that he is critical of anyone claiming to be an expert in “emerging markets,” given how drastically different those markets differ country by country.

He is bullish on financials, given the continued growth in earnings and relatively lower price-to-earning ratios that he thinks have room to expand. Many financial firms have risen in valuation in anticipation of the Fed’s interest rate hikes.

The second-largest holding in the New York Venture Fund is Amazon.com at 6.3 percent, and Davis was asked where he thinks the company should build it’s new headquarters. “Washington D.C.” he said, given the amount of regulatory scrutiny he expects will befall the company.

“Like Costco, they are hell on earth for competitors, but it is because they are laser focused on the customer.”