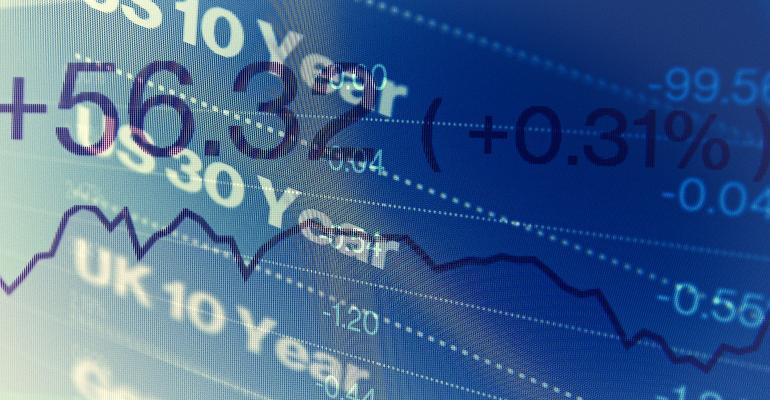 A Bond Hedge Crushes All Rival ETFs to Post 57% Gain

Thanks to exposures in the options market, PFIX essentially offers a way to ride floating interest rates.

(Bloomberg) -- As the bond-market storm intensifies this month, Wall Street traders can find shelter in at least one corner of the $7 trillion U.S. ETF marketplace.

While inflation is igniting big losses across Treasury products of all stripes, the $256 million Simplify Interest Rate Hedge exchange-traded fund (ticker PFIX) is living up to its label with a 57% gain so far this year. It’s the best performance among all non-leveraged U.S. fixed-income ETFs, according to data compiled by Bloomberg.

Thanks to exposures in the options market, PFIX essentially offers a way to ride floating interest rates. That means the fund is benefiting from the longer-dated bond selloff, which has been fueled by fresh signals that the Federal Reserve is poised for super-sized rate hikes.

While PFIX inflows have proved modest this year, the trade is hedging market volatility on the cheap for the likes of financial advisers and individual investors.

Earlier this month, the 20-year Treasury bond became the first U.S. benchmark security to eclipse 3% in the current cycle of rising rates. That’s proved a boon for PFIX, which holds interest-rate swaps that make the ETF “functionally similar” to holding a a protective put option on 20-year Treasury securities, according to the fund’s website.

“How the heck do you hedge against interest rates? It’s really expensive to buy puts -- being short Treasuries comes with a very, very ugly carrying cost and it’s just not very efficient,” Simplify CEO Paul Kim said in a Bloomberg Television interview last week. “These are very difficult to access markets for the person on Main Street.”

There could be more gains in the offing, as traders brace for an increasingly hawkish Fed. The central bank is widely expected to lift rates by 50 basis points in early May -- the first move of that magnitude since 2000 -- with more than 200 basis points of tightening priced in by the end of the year.

Yet PFIX’s outperformance hasn’t been met with big investor enthusiasm. PFIX has absorbed $67 million so far in 2022 -- a fraction of the $20 billion that’s been funneled to bond ETFs overall. Still, given that the fund is a relatively new entrant, that dynamic could soon change should PFIX continue to deliver outsized returns, Bloomberg Intelligence’s Eric Balchunas said.

“The complexity may be one of the things holding it back, but it’s also early,” senior ETF analyst Balchunas said. “A few more months of this relative outperformance is bound to attract investors looking to ease the pain in bonds or ride a hot trade.”