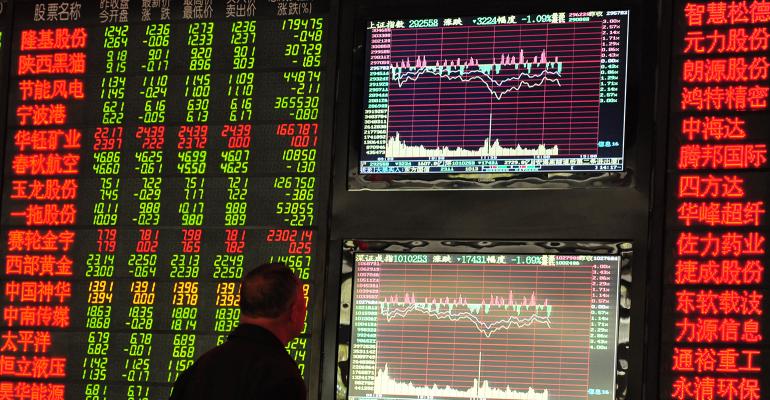 Despite a surge in appetite for high-yielding debt, mutual funds that charge more than double the fees of relatively cheap ETFs have struggled to keep up.

Last year, BlackRock Inc.’s iShares JPMorgan USD Emerging Market Bond ETF, symbol EMB,  became the world’s biggest developing-nation debt fund. It’s nearly doubled its assets to more than $10 billion over the past 12 months. In that time, the gap between the ETF and the largest actively managed fund in the category, the far more expensive Pictet-Global Emerging Debt fund, has become wider than ever. The Pictet fund is a Societe D’investissement A Capital Variable, or SICAV, an open-ended investment vehicle that’s popular in Western Europe and similar to a mutual fund. The fact is emerging-market ETFs have been able to trump their active peers on both cost and performance. BlackRock’s emerging-markets bond ETF has beaten its active peers by 74 basis points on average over the past five years, according to data provider Morningstar Inc.

“It is generally thought that investing in a less efficient market would present more opportunities for active managers, but that hasn’t been the case,” said Phillip Yoo, an ETF analyst at Morningstar in Chicago. “People are just gradually becoming more aware of the benefits of the ETF.”

BlackRock’s fee for EMB is the second-lowest fee among all emerging-market debt funds, according to Morningstar. The average fee for U.S. mutual funds that track emerging markets is about 90 basis points, or more than twice what BlackRock charges, according to data from the Investment Company Institute and Lipper.

It’s common for an ETF to continue to take market share once it’s become the biggest fund in an industry or sector because institutional investors prefer the liquidity, according to Karen Schenone, a fixed-income strategist at iShares. BlackRock shoots for annual growth of about 40 percent for it’s U.S. fixed-income products, including EMB, she said.

Active investors maintain that having an ETF develop into the dominant player in emerging-market debt could increase volatility in the market because the index-tracking funds tend to appeal to short-term investors who will pull out their money when risk sentiment sours, according to Manik Narain, an emerging-markets strategist at UBS Group AG in London.

“There is a risk that there is more tourist money coming into the asset class through ETFs. It could increase the risk of feedback loops of weakness amplifying the weakness in the market,” she said in a telephone interview. “For active investors, it increases pressure to beat the benchmark. They may take on more risks.”

The demand for higher-yielding debt with interest rates historically low in much of the developed world has pushed emerging-market bonds into the mainstream for global investors, according to Adam Laird, head of ETF strategy at Lyxor Asset Management in London. ETFs provide a relatively straightforward and low-risk way of accessing the market, he said.

Emerging-market dollar bonds yield 4.64 percent on average, about three times more than the global aggregate, according to Bloomberg Barclays indexes.