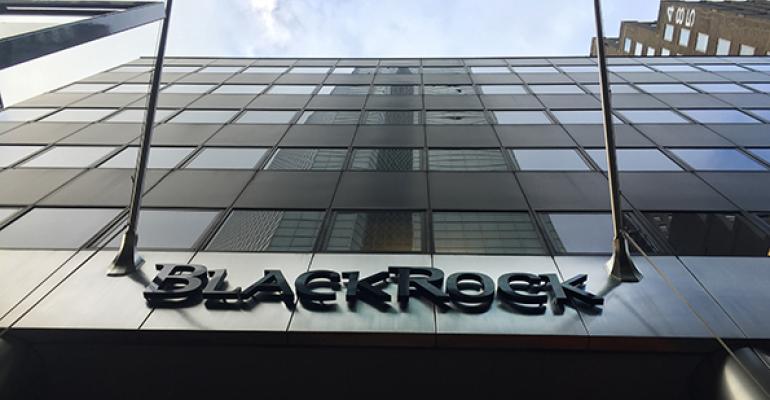 (Bloomberg) -- BlackRock Inc., the world’s largest provider of exchange-traded funds, is cutting prices across its core ETFs in anticipation of a new U.S. rule that may prompt more investors to pour into passive funds.

The iShares lineup will feature lower expense ratios on 15 stock and bond funds aimed at buy-and-hold investors, BlackRock said Wednesday in a statement. Starting today the $80 billion iShares Core S&P 500 ETF, for example, will charge 4 basis points, or $4 a year per $10,000 invested, instead of 7, while the $42 billion iShares Core U.S. Aggregate Bond ETF will cost clients $5 instead of $8.

“A new era is dawning for advisers and long-term investors of all kinds,” Mark Wiedman, global head of iShares, said in the statement. “To meet this historic shift, we aim to set a new market convention for core investing.”

The Labor Department’s fiduciary rule, which requires full compliance by 2018, states that brokers must put clients’ interests ahead of their own when handling retirement investments. New York-based BlackRock expects financial advisers to turn increasingly to ETFs as they focus on the quality and cost-efficiency of funds. Asset managers already have been reducing prices on ETFs to attract individual and institutional investors frustrated with the higher expenses and lackluster performance of some actively managed funds.

In 2015, BlackRock cut fees to as low as 0.03 percent on seven U.S.-listed ETFs targeting price-conscious investors. The firm is competing with Vanguard Group, whose broad-market ETFs have lured individual investors.

“We fundamentally believe there will be a massive shift more into passive,” Laurence D. Fink, chief executive officer of BlackRock, said in May at the Deutsche Bank Global Financial Services Conference.

BlackRock’s move is part of a race to the bottom on fees for ETFs and other retirement-savings products. In August, Schwab announced that it was introducing low-priced target date funds for retirement accounts with an expense ratio of 8 basis points and no minimum investments.

BlackRock’s ETFs have attracted $64 billion in cash this year, while Vanguard’s have gathered $62 billion. This accounts for about 80 percent of the $157 billion in total ETF flows, according to Bloomberg Intelligence.