/sites/all/themes/penton_subtheme_wealthmanagement/images/logos/footer.png
Recent
Recent
Big Tech Is at Banking's Door; WealthTech Isn't Far Behind
Nov 23, 2020
Oranj’s Closure Is a Wake-Up call for Advisortech
Nov 23, 2020
Accounts Double at JPMorgan Robo Advisor You Invest
Nov 23, 2020
Women in Finance Must Ask for Promotion, Unlike Men: Survey
Nov 23, 2020
Fund Managers Hate Working From Home as Much as the Rest of Us
Nov 23, 2020
Featured
Poll: 15 Classic Books on Investing and the Markets
Apr 03, 2020
Fifteen Must-Listen Business Podcasts for Advisors
Aug 14, 2020
FICO Updates and Their Impact on Credit Scores
May 06, 2020
The Top Colleges for Financial Planning
Oct 03, 2019
Bloomberg
brought to you by 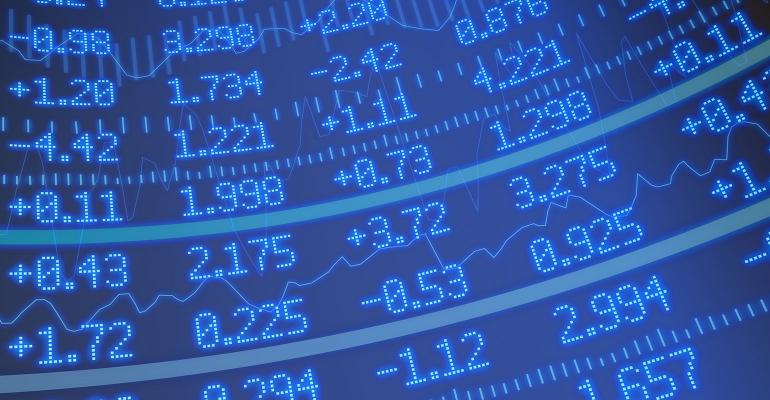 Asset managers that had been longtime ETF holdouts -- including Wells Fargo, Federated Investors and Dimensional Fund Advisors -- are finally diving in.

(Bloomberg) -- Wall Street players that are offering exchange-traded funds for the first time may force a new wave of cost cutting in the industry.

Existing issuers have been slashing expense ratios in recent years, vying for assets among more than 2,200 products available. Yet this summer, signs emerged that the competition could only go so far, with one zero-fee fund shuttering and another product that used to pay investors who held it changing course to charge fees of 29 basis points, or 0.29%.

Now asset managers that had been longtime ETF holdouts -- including Wells Fargo, Federated Investors and Dimensional Fund Advisors -- are finally diving in. They may reignite the price wars.

“You have seen new entrants push the envelope, and they’re able to use their scale to bring product to market at a very low cost,” said Jillian DelSignore, principal at Lakefront Advisory.

The average expense ratio for all U.S. ETFs is 52 basis points, while the asset-weighted average -- which takes into account how many assets each fund has and gives higher weight to the larger funds -- is 19, according to data from Bloomberg Intelligence.

Wells Fargo and Federated haven’t launched their funds yet. But other new issuers have come ahead this year with low fees. BNY Mellon launched BKAG, the first zero-fee bond fund in March, as well as another zero-fee product tracking big American companies, the BNY Mellon US Large Cap Core Equity ETF (BKLC).

For asset managers launching new products into an already-mature $4.7 trillion industry, low fees are one of the few ways to compete with legacy firms like BlackRock and Vanguard, which currently control 66% of U.S. ETFs.

“You can’t come 26 years and nearly $5 trillion late to the ETF market and charge a premium fee and expect to gather assets,” said Todd Rosenbluth, director of ETF and mutual fund research at CFRA Research. “The Dimensional Funds pricing, while absurdly low, is quite reasonable in this environment.”

Even the legacy players are releasing cheap products. In late September, BlackRock came out with a long-dated Treasury bond fund (GOVZ) and its ESG Screened S&P 500 ETF, charging 7 and 8 basis points, two of the lowest-priced funds to begin trading this year.

For instance, Goldman Sachs recently acquired the sponsorship of the Perth Mint Physical Gold ETF (AAAU), which charges 18 basis points. Rosenbluth said he expects Goldman to either reduce the price to attract assets or that other firms competing with AAAU will slash fees in anticipation of a potential price reduction.

“It’s inevitable that pricing keeps coming down for gold-related products -- there is too much money going into those strategies,” he said.

So far this year, gold ETFs have taken in more than $32 billion amid concerns about the coronavirus pandemic and global economic growth.

There may well be scope for prices cut in gold ETFs, but the sector also demonstrates that price isn’t the only factor for success -- many investors like a fund with history.

State Street launched the SPDR Gold MiniShares ETF (GLDM) in 2018 with an expense ratio of 0.18%. The $3.7 billion fund is dwarfed by its own $77 billion SPDR Gold Shares exchange-traded fund, ticker GLD, which has been trading since 2004 and charges 40 basis points.

Another area that could see a wave of cost cutting is thematic products, Rosenbluth said. Cash has been flowing into the category at a record pace this year, boosting total assets to $79 billion, compared to $48 billion at this time last year.

Still, there are questions as to whether price reductions will lead to significant asset growth.

“The jury is still out on whether or not that will work,” DelSignore said. “Trading volumes and tighter spreads and other things matter in addition to just a raw expense ratio.”