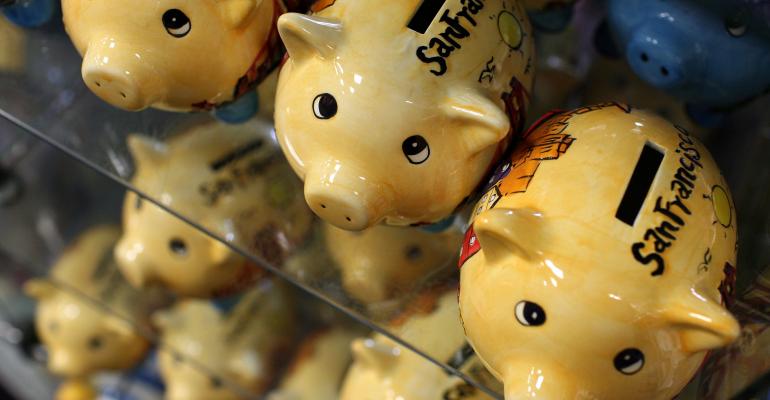 This year, investors have poured a combined $2.4 billion into three exchange-traded funds focused on banks.

(Bloomberg) --With financial markets trying to anticipate which parts of the economy will thrive under President Donald Trump, investors have targeted at least one area -- finance.

Strong fundamentals are also helping to drive finance firms higher. Banks posted a 5 percent increase in profits in 2016, according to a recent report by the Federal Deposit Insurance Corp. Financials have been the best performing industry in the S&P 500 over the past 12 months, rising more than 42 percent, and were leading the market higher on Wednesday following Trump’s speech before Congress.

Still, despite the run-up in finance stocks, investors need to look carefully at the funds they buy to make sure they’re getting the right exposure to the industry, Todd Rosenbluth, director of ETF and mutual funds at CFRA, said.

“I think investors are often choosing the product based on the name and the cost and not looking at the underlying holdings,” Rosenbluth said.

For example, 29 percent of XLF’s portfolio is in insurance companies and asset managers such as BlackRock Inc., while 20 percent of IYF is in real estate investment trusts, Bloomberg data show.

“The performance of that product is definitely going to be different because it has REITs,” Rosenbluth said.

The lack of due diligence by investors may be one reason why the $3.35 billion SPDR S&P Bank ETF, ticker KBE, is seeing outflows this year even though it offers better exposure to large-cap banks than several competing funds that have added hundreds of millions, according to Sebastian Mercado, an ETF strategist at Deutsche Bank AG.

While KBE has lost around $52 million this year, the SPDR S&P Regional Banking ETF, ticker KRE, has added $414 million. However, regional lenders are expected to benefit less under Trump’s plans than the global banks that are held by KBE.

“The most reasonable answer for me is that people do not realize there are two SPDR bank ETFs,” Mercado said. “People may be going to the wrong ETF, but they don’t know it.”