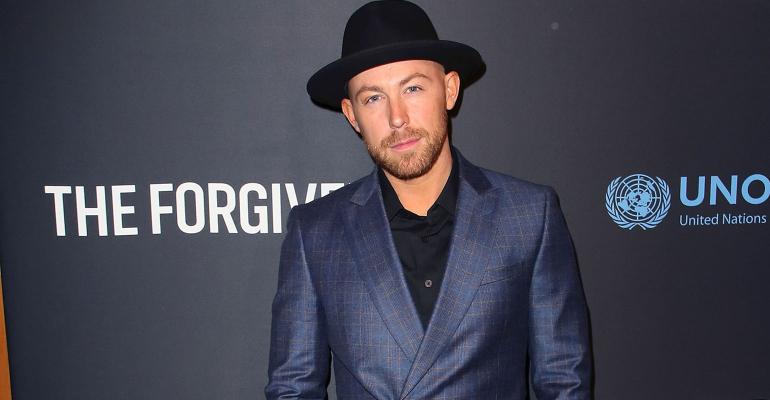 (Bloomberg) -- The villain in a new crime-thriller movie is trying to make the world a better place off-screen.

Rob Gough, who stars opposite Bruce Willis in “American Siege,” is launching the Strategy Shares Halt Climate Change ETF with David Miller, chief investment officer at Strategy Shares, who he knows through his past as a serial entrepreneur and investor.

The actively managed fund is set to begin trading on the Nasdaq Tuesday under the ticker “NZRO” and will seek to invest in mostly U.S. domiciled companies that have adopted environmentally friendly business practices.

The fund will screen for companies that either have pledged to reduced carbon emissions or derive at least 50% of revenues from efforts to transition to clean energy or reduce emissions. It will have a management fee of 95 basis points, and Strategy Shares -- which manages more than $45 billion in assets -- will use a portion of the profits to invest in private sector companies working toward reversing climate change.

Gough, who began acting in 2017, said he has always been passionate about protecting the environment, and he invested “every dollar” he had in 2010 in a recycling business.

“As I’ve made money over the years, I’ve challenged my financial advisers to pivot my money into being invested in companies that are doing things the right way,” he said. In the past, he’s struggled to find investment products that aren’t guilty of “greenwashing” or touting ESG standards while also investing in companies involved in carbon emission-producing industries like oil. So, he decided to pair up with Miller and launch a fund himself.

The ETF is the latest to seek returns from ESG-positive companies. In December, Goldman Sachs Group, BNY Mellon, JPMorgan Chase and Cathie Wood’s Ark Investment Management all introduced ETFs with sustainable tilts. In 2021, more than 30 ESG funds were launched.