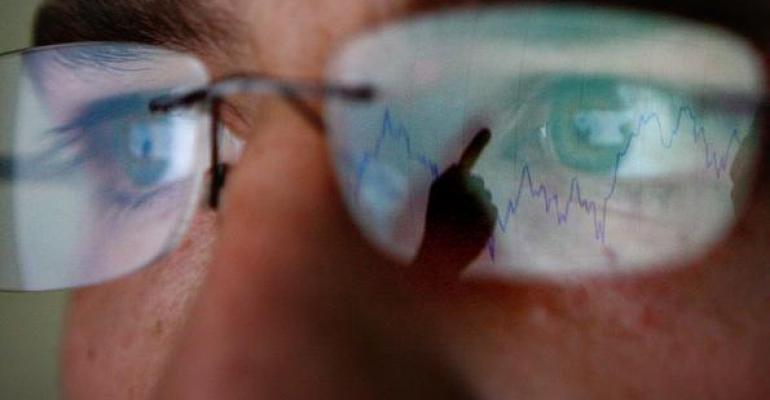 For the first time in nearly four years, value ETFs have become the most shunned smart beta investment in the exchange-traded universe.

(Bloomberg) --It’s Investing 101 -- don’t chase performance. But that’s just what buyers of smart beta exchange-traded funds have been doing for the past month.

For the first time in nearly four years, value ETFs have become the most shunned smart beta investment in the exchange-traded universe. BlackRock Inc., the biggest purveyor of smart beta ETFs, thinks some investors are making a classic mistake of chasing returns in growth stocks rather than following fundamentals.

“On the margin, investors are seeing continued outperformance of growth and are maybe getting a little impatient with value,” said Rob Nestor, head of BlackRock’s U.S. iShares smart beta business. “There’s always a modest amount of performance chasing. We’d be cautious about the risk of timing.”

This is a sudden 180-degree turn for value, the largest smart beta category with more than $150 billion in assets. In the seven months leading up to February, value smart beta funds had raked in more cash than any other investing style. Now they’re on pace for their first monthly outflows in more than a year, Bloomberg data show.

For BlackRock, which offers about a dozen value flavored ETFs, the trend could be the premise for a case study on what goes wrong when investors chase returns. While the robust flows from earlier this year have taken a pause, value is positioned to outperform other factors this year amid strong economic growth, Nestor said.

But the performance has stalled of late, as growth oriented technology stocks carry the S&P 500 to new highs. The iShares value fund trails the main U.S. equity gauge by 3 percentage points this year. And once again, flows are following returns as investors have pulled $406 million out of U.S. value funds in May alone.

Of course, no one’s saying that three weeks of outflows represent a permanent trend. What’s more, Nestor’s encouraged that the outflows haven’t been worse. VLUE, for example, has managed to bring in $702 million this year. Still, it’s something to keep an eye on, making sure investors don’t miss out on benefits of value in their portfolio, he said.

The move comes as enthusiasm for smart beta overall is waning. Among the few strategies able to tread water is low volatility. The biggest volatility-tracking fund, the U.S.-focused iShares MSCI Min Vol ETF, symbol USMV, has seen inflows for six of the last seven weeks and totaled $238 million last month, the most since July.

The market’s eerie calm has also slowed investor interest in smart beta, since the strategies are typically designed to manage risk, said Eric Balchunas, an ETF analyst for Bloomberg Intelligence.

“This is an environment where there’s no volatility, and that’s not the best for smart beta,” he said. “It does better when things are unsettled and up in the air and there’s a lot more uncertainty.”