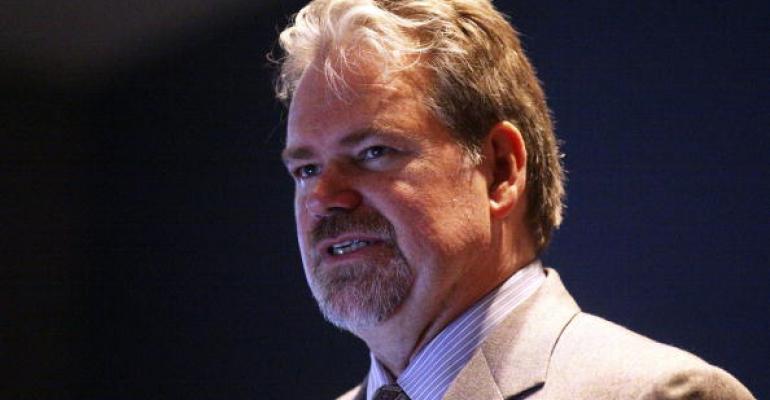 "If financial advisors accomplish just one thing—to give clients the courage to stay the course, to not sell at the bottom, and not buy more of the hot sector at the top—they’ve accomplished something of great value and should be proud of it."

Rob Arnott, the 63-year-old founder of Research Affiliates, made his name as one of the founding fathers of smart-beta investing, which involves tweaking indexes on which investment funds are based to create better risk-adjusted returns.

In an interview with WealthManagement.com, he says the common theme of his contributions to the investment world is a willingness to trade against fads and not chase performance—what he calls "the investor's greatest sin."

He also says investment advisors are unfairly maligned for their investment management. Advisors' most important role is to give clients the courage to not buy at the top and sell at the bottom.

WealthManagement.com: What has been the biggest development in your 40 years in the investment business?

Rob Arnott: During the last 25 years of the 20th century, we saw institutional investment management evolve to be a key player in the global economy. The tail (capital markets) now wags the dog (economy). The president and the Fed chair make decisions based in no small measure on the likely market impact.

During the current quarter-century, we are seeing the abrogation of the pension promise, due to the confluence of two expectation gaps. People want to believe that the growth of the past can be sustained into the future. It can’t and it won’t. And, investors want to believe that the investment returns of the past can be earned in the future. They can’t and they won’t.

None of this is a problem if people simply ratchet down their expectations. But our industry is unwilling to tell people what they don’t want to hear, because we get fired for doing so.

WM: What about the investment industry?

RA: Growing automation and the growing role of quantitative methods in finance is having an enormous impact on our industry. When I started my career, the term “quant” hadn’t even been invented. A decade later, most companies felt that they needed to have a “token quant” on staff, but that person certainly wouldn’t be allowed to run money.

Now smart beta, which seems to span all quant strategies, is $1 trillion and rising fast. The best-paid people in the investing community are almost all quants. Why? Because their methods and skills can be applied across vast assets.

RA: Costs are falling, not just for our industry but across the broad economy, permitting valuation multiples to rise and yields to fall on a long-term basis. This means drastically lower future returns. For most investors, we’re back to the days of Will Rogers, focused more on “return of capital” than “return on capital.”

But we’re paying vastly lower fees proportionally for those lower returns. Investment strategies are more disciplined. That’s generally a wonderful thing. There are also countless strategies that get lost in their own arcana and complexities. That’s not good.

There is vast product proliferation. That’s both good and bad. A wide opportunity set is wonderful, but the open invitation for customers to engage in aggressive performance chasing is dangerous. Turnover and trading are vastly higher than 40 years ago. That’s not a good thing. Patience is a thing of the past, as is a steady hand at the tiller.

WM: How would you characterize your own contributions to the investment business?

RA: One is global asset allocation, helping to create a disciplined framework for thinking about managing asset allocation and shifting it according to changing situations in world markets. Also, contributing to understanding the important impact of taxes on investment outcomes.

In addition, I’m proud of my role in developing fundamental indexation and helping to launch the smart-beta revolution. I’m dismayed that the smart-beta label has been stretched to encompass practically everything, which means the term now means practically nothing.

The common thread is a willingness to trade against fads, a willingness not to chase performance. Performance chasing is arguably the single-largest cause of tears in the investment arena. We’re all addicted to it. But in investing, the profitable choice is often to do the opposite. Helping to create the discipline to get people to do the opposite ends up being powerful. I think a lot of my work has been built around that.

WM: But isn’t performance chasing deeply ingrained? It's the way our brains are wired.

RA: Yes, it’s human nature to chase performance. We didn’t survive the African wild by running toward lions. But in the investment world, what looks like a lion is something that’s done mauling investors and is now an interesting investment opportunity.

It gets back to Warren Buffett’s adage: Succeeding in investing is a matter of being fearful when others are greedy and greedy when others are fearful. That simple truism is remarkably powerful.

That doesn’t give you insight into turning points. If you take something that’s given you great profit and say, thanks for the gains [and then sell it], you will likely look like an idiot for a while. It’s worse on the downside. Whatever is creating the losses, you’re saying, "That’s fun, let me have more of it." It makes you look like a fool and makes your clients frightened.

You have to have the courage if it gets cheaper to say, "Give me more." The only way to ensure maximum exposure is to buy all the way down. You look like a fool until you look like a genius. That’s the challenge of contrarian investing. You can’t get peaks and troughs right without a crystal ball.

WM: Can you give some real-world examples?

RA: Today the U.S. stock market is self-evidently expensive. Is it time to sell? I have no idea. I own essentially zero in U.S. stock. I’m OK with missing the top. Based on 10-year trailing earnings, the U.S. market has a price-earnings ratio of 30, compared with 15 for Europe and 13 for emerging markets. Other markets are more attractive.

RA: Financial advisors are often criticized for not adding value for their clients—that they often do no better than passing along a 60-40 portfolio. That’s unfair. The typical retail investor, without the help of a financial advisor, often won’t have the courage to stay the course through a period of adversity, even with a static 60-40 mix.

If financial advisors accomplish just one thing—to give clients the courage to stay the course, to not sell at the bottom, and not buy more of the hot sector at the top—they’ve accomplished something of great value and should be proud of it.