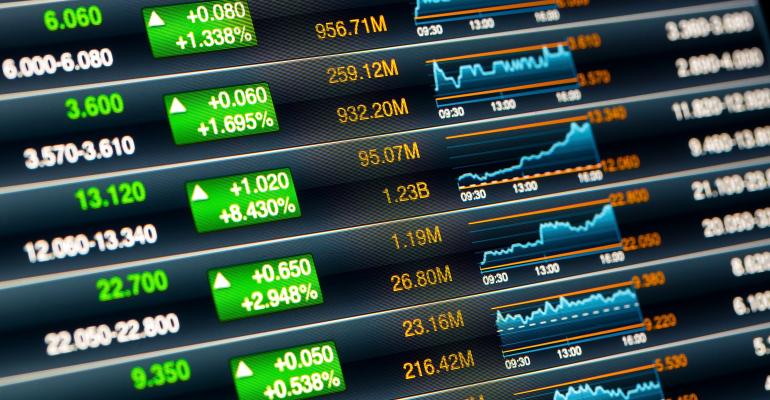 Are Value ETFs Returning to Favor? It Depends on the Index

Value ETFs can vary widely depending on how the index provider defines the term, as evidenced by the differences in the value and growth slices of the S&P 500 and Russell 1000 benchmarks.

U.S. equity ETF investors were likely celebrating way past midnight on New Year’s Eve, with broadly diversified ETFs climbing more than 30%, whether the underlying benchmark was the S&P 500 or the Russell 1000 Index. However, the index mattered when choosing the better-performing growth or value slice of these prominent benchmarks. Growth and value ETFs differ on the inside.

Meanwhile, iShares Russell 1000 ETF (IWB), a $22 billion fund, was up 31.1%. Despite owning nearly double the number of securities, IWB has recently only a slightly lower percentage of assets in its top-10 holdings (21% of assets vs. 23%). Both ETFs are market-cap weighted with Apple, Microsoft and Amazon.com representing hefty stakes.

The S&P 500 and the Russell 1000 Indexes are both split into growth and value smart-beta ETF slices, but what is inside these benchmarks, and therefore the ETFs that track them, are distinct. Not surprisingly, they don’t perform in lockstep.

Sam Stovall, Chief Investment Strategist for CFRA, recently wrote in his 2020 outlook that value stocks will likely continue their upward relative climb, largely because of the relative "expensiveness" of the growth index.

But before value fans get too excited it should be noted that Stovall is using the S&P 500 for his analysis. Indeed, the Russell 1000 Value Index did not outperform its growth sibling in 2019, though it has in the recent past. 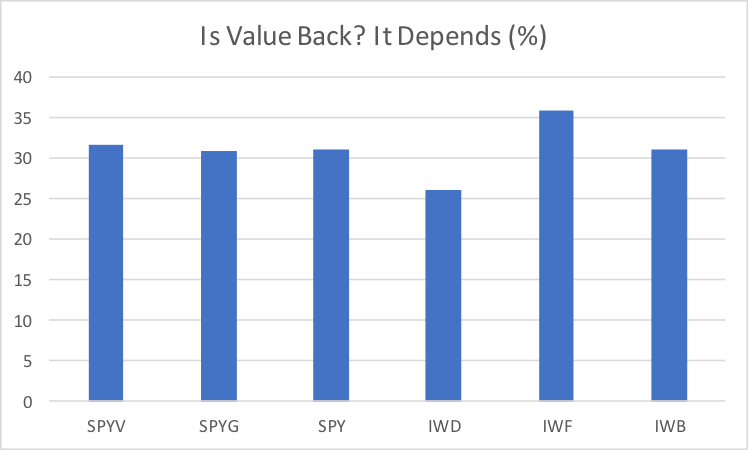 The S&P 500 and Russell 1000 Indexes are reconstituted annually, with S&P Dow Jones handling changes in late December and FTSE Russell in May. Value criteria for the S&P 500 include book value, earnings and sales to price, while the Russell Index uses just book to price.

With the latest rebalance, SPYG looked more like IWF at the end of 2019 than it did for most of the year when CFRA reviews the ETF holdings. AAPL, MSFT and AMZN are in both growth ETFs currently, but AAPL was part of SPYV just a few weeks ago. AAPL is now the largest position for both SPYG and IWD at approximately 9% of assets and is a CFRA Buy recommendation.

Because stocks are not permanently part of a growth or a value ETF, CFRA thinks investors need to focus more on what’s inside rather than relying solely on past performance. Our reports, available on MarketScope Advisor, can help do just that.