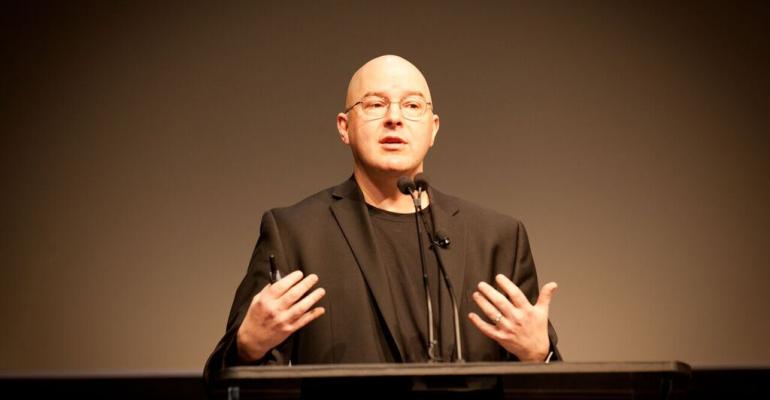 Are Storm Clouds Gathering Over ETFs?

Two ETF analysts on what worries them about the rise of exchange-traded funds, including increased regulations over perceived liquidity concerns, broken markets and leveraged funds.

Dave Nadig, FactSet’s director of exchange-traded funds and co-host of Inside ETFs, the largest conference for ETF investors, suggested during the conference’s opening keynote address on Monday that 2016 will be the year of “the battle for the soul of the ETF revolution.”

There’s no doubt exchange-traded funds have earned their spot in the mainstream. Money continues to pour in at a 20-to-1 ratio to traditional mutual funds since the financial crisis; in 2015, ETFs saw net new money of almost $243 billion, almost matching 2014’s record; There were a record 285 new funds launched during the year, about one new fund a day, including funds from 23 new issuers, including traditional Wall Street players like Goldman Sachs and J.P. Morgan.

The growth rate eclipses traditional mutual funds, which may still be a bigger market but is a “dead man walking,” according to ETF.com CEO Matt Hougan, who shared the stage with Nadig.

But with the proliferation of funds, issuers and an increasing array of indices and strategies comes potential trouble.

There is a perception that liquidity issues in the high-yield bond market in particular will be exacerbated by ETFs, Nadig said; if all ETF investors head to the exits at the same time, buyers among the market makers could be scarce, pulling the floor out from underneath them. This was a point recently made most publically by investor Carl Icahn, and also noted by the SEC.

The SEC recently proposed rules that would limit to no more than 15 percent assets in a fund that could not be sold within seven days without impacting the market.

That would put many of the ETFs that invest in high-yield bonds out of commission, Nadig said. A fund like HYG, it would take months for all these bonds to go away. Nadig said the possibility of something like this happening is “a very definite and very real possibility,” and advisors should look at what their portfolios would look like “without these tools.”

The other danger spot on the horizon is the rise of inverse and leveraged products. Consider VelocityShares Daily 2x Vix fund, TVIX: “The only traded security to decline 99.9 percent in value and still be traded,” said Nadig. That’s not the fund’s fault, he stressed, it’s doing what it’s supposed to do, but to an unwary investor, these kind of leveraged funds can be “an inferno for investor capital.”

New regulations may limit the scope of some of these funds, and those promising to triple the daily market move may go away altogether.

Other dangers: Broken markets. The ability of ETFs to trade throughout the day can make them subject to all kinds of market mischief, and moments, however brief, when they trade far away from the value of their underlying assets. Investors who have stop-loss market orders can lock in those losses inadvertently.

“We we’ll see more flash crashes, we should all pledge not to use stop-loss orders,” Nadig said. “Understand this and make sure it doesn’t happen to you.”

And then there is product proliferation, a raft of new issuers hitting the market, some with little experience in ETFs. While many are jumping on the “smart-beta” approach, investors need to understand that the advantages these factor-tilts can bring to a fund take a long time to play out into positive returns. If investors don’t understand that, smart beta could easily get a bad rap.

“The timeline is longer than what many of us want it to be,” said Hougan. MSCI reseach suggests it takes seven years for a factor to take its course, meaning investors may go through years of underperformance. “That can be hard to do for those who live on a different time scale,” he said.

For advisors, the struggle will be to control investor behavior, steering clients into good products and away from the bad, and protecting their ETF investments from market malfunctions. “The difference between a great outcome and a mediocre outcome is how well you do your job,” Hougan said.