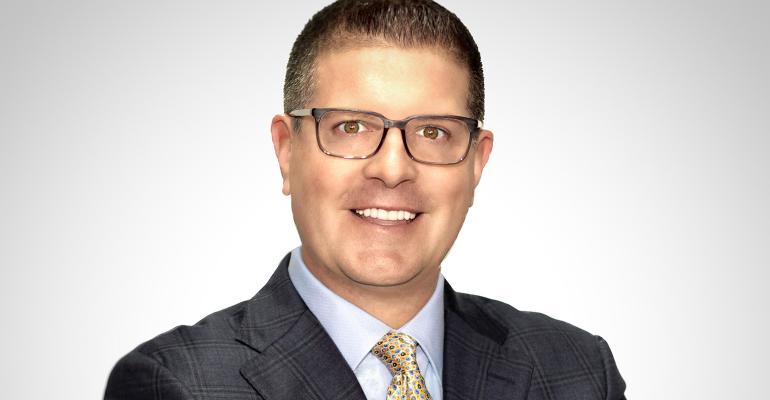 Amplify ETFs CEO: A Bitcoin ETF May Be Closer Than We Think

Many thought the SEC was a long way from approving any cryptocurrency ETFs, but there are signs the regulator has put the issue back on the table and a fund might be closer to reality than previously thought, says Christian Magoon, Amplify ETFs CEO.

In January, the Securities and Exchange Commission wrote a letter to asset managers outlining a number of issues that need to be addressed before sponsors start rolling out cryptocurrency funds; many took that as a sign the regulator wouldn’t approve a bitcoin exchange traded funds any time soon.

But more recently, the regulator announced it’s considering a rule change that would allow the NYSE Arca to list two ETFs, ProShares Bitcoin and ProShares Short Bitcoin, increasing the possibility we could see a bitcoin fund sooner than previously thought, said Christian Magoon, founder and CEO of Amplify ETFs. Amplify has $650 million in assets across six ETFs, focused around themes like online retail and data sharing companies as well as the income-oriented YieldShares ETFs.

“I would have thought we were not going to see anything here in 2018 on bitcoin ETPs, but if [the SEC] is out there asking for some comments around the ProShares filing, they are not wasting time, I know that,” Magoon said.

“I think certainly for the crypto community—that would be a big win for them. It just introduces so many types of investors that today aren’t just going to go out and buy it on an exchange and hold it directly.”

WealthManagement.com recently chatted with Magoon, who also provides strategic counsel to asset managers in the ETF space, to give his thoughts on cryptos, blockchain, and other disruptive technologies. Amplify recently launched the Amplify Transformational Data Sharing ETF, which invests in companies advancing blockchain technology, which currently has about $176 million in assets.

WealthManagement.com: Do you think the SEC’s recent move is pretty hopeful for ProShares?

Christian Magoon: I thought the SEC kind of shut the door on [bitcoin ETFs], at least for 2018. But, maybe they are getting a little bit more serious. Maybe it’s because the market has cooled off in terms of cryptos. That would be a big coup for ProShares, and, of course, they’re not a stranger to controversy given all of their inverse and leverage products. My guess is their user base is pretty hedge fund-y, trader-y, and would probably love bitcoin and ETPs.

WM: What should advisors be telling their clients about cryptocurrencies?

So we think, for investors, that the better way to approach this space is to invest in companies that are engaged and are leaders in the development, research and investment in blockchain technology. Cryptocurrencies would be more of a speculation, because it’s very hard to understand the applications of each one. Some are actually units of digital money, or digital currency; others represent the ability to rent or use computing power. There are all sorts of value propositions, and I think there’s over 1,500 cryptocurrencies. I think 900 last year failed—don’t exist anymore.

We think the way to do it is more of a pick and ax play. The long-term play is to bet on the underlying technology if you will. IBM has created a food safety blockchain that a bunch of food companies are a part of, including Walmart, where they track all the data, and make it accessible to members of the blockchain on food shipment. So you can track mangoes from farm to the Walmart store, for example, a great, in my opinion, practical example of how blockchain added value.

CM: Probably our biggest challenge is, we’re early on some of this stuff. And a lot of it is still in trial periods. We had the same type of reaction when we launched our online retail ETF (IBUY), with people kind of hemming and hawing about online retail. But, hey, lo and behold, we’ve done well with it, and the fund’s up 80 percent since we launched it.

And I think we’ll see more M&A in the industry, by the way. That Alerian deal might be falling through, with that Chinese firm. They might be back on the market. The Invesco/Guggenheim deal just closed. And Mirae from South Korea has acquired Global X.

I’m a small player. And I like these other players getting bigger, because they’re just not as flexible, and I think it offers opportunity for the smaller players. There’s also opportunity for the bigger players. I mean, if you can have more scale, you get more attention from platform providers; you can afford to pay some of these commission free platforms to be on their platform, so there’s definitely some scale advantages there.

But it is getting harder every quarter to be small. You have to have some type of strategic advantages as a small guy now because, if you don’t have the money, if you don’t have a mutual fund complex part of you that’s paying brokerage firms money or other types of revenue, it’s tough to just kind of be an ETF provider and get some of those platforms and that attention that helps you out.

WM: Have you considered acquisition?

CM: I think we’re just concentrating on growing our business.

WM: You tend to launch ETFs around disruptive themes. Where is the next disruption?

CM: We’ve got an advanced battery ETF that we filed for that will be kind of our next disruptive launch. It’s an ETF that’s going to focus on companies that are involved in mining the metals related to advanced battery technology, as well as the materials that are becoming more important. So batteries, especially due to electric vehicles and then our use of devices, the demand is significant, and there continues to be a lot of innovation in there to become lighter, more efficient, faster to recharge, etc. It used to be that you could just focus on Lithium, but now there are other applications with Cobalt, and Maganese, and Grapheme, and we really think that owning a basket of companies that are involved in those metals and materials—generally that means mining them, refining them, recycling them—it’s a nice meat and potatoes way to benefit in this whole revolution as it comes to battery technology. A lot of the forecasted demand for these materials and metals outstrips current supply.

So hopefully we’ll be out with that in the next month or so.

WM: Any other trends you’re seeing in the ETF space?

CM’ It’s more competitive than ever. It’s hard to build awareness, and there are companies that are willing now, as a big company, to come in and try to squash you. I think robotics is a good example. Robo Global’s ROBO (Robo Global Robotics & Automation ETF) is getting out-marketed by Global X with BOTZ, its robotics and AI ETF, coming out of the blue. Then First Trust is launching a robotics ETF. Kevin O’Leary is filing a robotics ETF, and now iShares is doing robotics. Firms are willing to copycat, especially ones that have robust platforms. You just kind of wonder, is that really adding value to the marketplace? And my guess is ultimately it will because it will decrease the cost of the average robotics ETF.

ROBO at 90 or 95 basis points—to me it’s unbelievable that they could raise the kind of assets they did with that type of pricing structure. Now you’re going to have three or four products out that are going be quite similar, but I guarantee you it will be a lot less than 90 basis points. How can that company sustain themselves? It’s going to have to be due to outperformance.

(This interview has been edited for clarity)