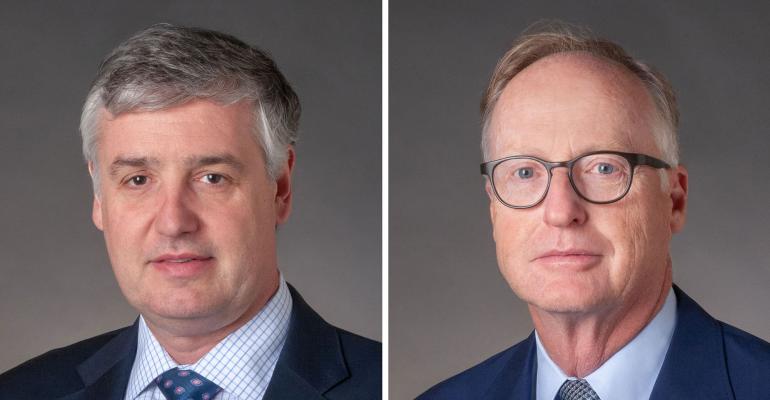 Former Dimensional Fund Advisors executives Eduardo Repetto and Patrick Keating are teaming up with American Century Investments to launch a new suite of actively managed mutual funds and ETFs based on academic research and financial science and promising diversification and low cost. Industry observers were intrigued by the new unit, dubbed Avantis Investors, but said it looked and felt a lot like what DFA already does.

“While other companies have tried to replicate Dimensional's success with smart beta or multi-factor funds, this dual hire is a bold statement by American Century that they plan to compete head to head with Dimensional on their own turf with their own players,” said Jonathan Rogers, co-managing partner at Forum Financial Management, a registered investment advisor in Lombard, Ill., which primarily uses DFA funds.

“Such direct competition could put pricing pressure on Dimensional to lower expense ratios or even launch its own ETFs," Rogers added. "But their leadership does not tend to react defensively to competitors' actions. They will likely hold off on making any moves, at least until they see whether the new team at American Century can deliver enough of a track record to attract fund flows away from Dimensional.”

Repetto, the former co-CEO and co-chief investment officer of DFA, will serve as CIO of Avantis, while Keating, former chief operating officer at DFA, will be COO of the unit.

Like DFA, the Avantis funds will be noncommissionable products targeted solely to fee-based advisors. They will not be sold directly to investors. Repetto would not describe Avantis’ investment philosophy as “quantitative,” because of their portfolios’ low turnover, and he said they don’t think of themselves as “factor-based” either. The portfolio managers won’t try to find what securities are mispriced but, rather, will use market prices and financial science to rank securities based on expected returns.

That strategy is “not at all dissimilar to what DFA has been doing for the better part of effectively four decades,” said Ben Johnson, director of global ETF and passive strategies research at Morningstar. “I think every quantitatively minded investor is going to think that their own model, their own worldview, represents the snowflake that they are, but all have similar roots,” which is, research that has identified the characteristics associated with higher returns and given them confidence to use them as inputs into their investment process.

From DFA’s website: “Rather than attempting to predict the future or outguess others, we draw information about expected returns from the market itself—leveraging the collective knowledge of its millions of buyers and sellers as they set security prices.”

“Given the growing popularity of factor investing, it’s not surprising to see another entrant to the field," said a spokesman for DFA. "Dimensional has been a leader in systematic, factor investing for nearly 40 years. Guided by an unwavering investment philosophy, we have a long track record of combining rigorous academic research with dynamic implementation to deliver greater returns for our clients.”

“There are a core group of advisors that only run Dimensional Funds-based strategies that might be open to something from American Century that uses the same academic research, that uses the same portfolio construction efforts, but with a twist,” said Todd Rosenbluth, senior director of ETF and mutual fund research at CFRA.

Repetto couldn’t speak to exact pricing but said it would be competitive because of American Century’s economies of scale. They’ll leverage all of the asset management company’s infrastructure, including technology, legal and human resources, so unlike a startup, they don’t have to build those capabilities from scratch.

“By tapping into American Century's scale, they'll have the ability to come out of the gate with something that has a chance to be on the radar for investors,” Rosenbluth said.

And while it gives American Century another route to gathering assets, it could be at the expense of DFA.

“Imitation is the sincerest form of flattery, but I don't think Dimensional will be happy about this compliment,” Rogers added.