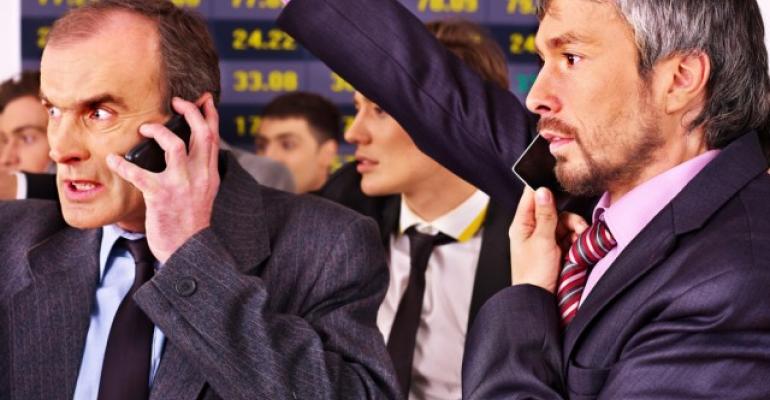 It's hard not to get caught up in all the hoopla over the IPO of Alibaba, which comes to market on Friday and will raise a pretty staggering $21+ billion from investors.

But just to be clear, this is no ordinary IPO - and not just because it's going to start trading on the NYSE with a market cap north of $155 billion (that's more than Amazon's (NASDAQ: AMZN) total market cap, and more than twice what Ebay (NASDAQ: EBAY) is currently worth). It's no ordinary IPO because equity investors in Alibaba (which will trade under "BABA"), won't actually be getting a slice of the real underlying assets of the company. BABA will be the ticker for Alibaba Group Holding Limited, a Cayman shell corp that only has rights to the revenues generated by the various operating companies.

Sound confusing? It should. And I've spared you from reading about the (non-existent) corporate governance and the absence of any of the typical rights we associate with owning shares in a company.

Now all that said, the real Alibaba is, in fact, a great company and an intriguing investment opportunity, provided you have the risk tolerance and you approach it with all the blinders off. With roughly 80% market share in e-commerce within the China mainland, Alibaba has its hands in many high-growth markets - things like small business commerce, shipping, online retailing, marketplace hosting, digital payments, and financial services.

From the numbers I'm seeing now, BABA shares will start trading at a reasonable valuation of 24-26x forward earnings. Sales are growing nearly 50% year-over-year, and operating margins are a fat 43%. All in all they are situated pretty darn well for the coming expansion of China's middle class.

Some people are pointing to recent weakness in the NASDAQ to say that the entrance of Alibaba is pulling capital away from other areas of the tech sector, or causing money managers to have to raise cash in order to buy Alibaba on Friday. I don't think that's necessarily the case, but it's certainly no coincidence that two of the closest U.S. proxies - Amazon and Ebay - have traded off the past few days ahead of the IPO, as have Chinese internet names like Sina Corp (NASDAQ: SINA) and Sohu.com (NASDAQ: SOHU).

Regardless of how Alibaba trades on its first day, I wouldn't advise folks to approach the stock directly; there are just too many business risk X factors. But Alibaba could be a great growth stock for some time, so the best way to approach it is via an exchange-traded fund. But oh wait...turns out that's not going to be so easy. Turns out that by choosing to list on the NYSE and "incorporate" in the Cayman Islands, Jack Ma and Alibaba have hamstrung themselves a bit.

FTSE and MSCI, who maintain the benchmark indexes for the vast majority of emerging market ETF assets, have both announced that they won't be adding BABA to their indexes. So despite it's enormous (soon-to-be-size), Alibaba won't be found in ETFs like the Vanguard FTSE Emerging Markets ETF (NYSE Arca:VWO) or the iShares MSCI Emerging Markets ETF (NYSE Arca:EEM), which amount for a combined $90 billion in assets under management. Alibaba has also been nixed from the S&P 500, and the QQQ, so there are literally hundreds of billions in AUM that would likely own Alibaba - but just can't.

There are a couple of scattered ETFs that will be adding BABA shares to their holdings pretty quickly, but they are small and may be tough for most investors to integrate into their portfolio. The first is the KraneShares CSI China Internet ETF (Nasdaq:KWEB), which seems to have sprouted up just to get a first mover advantage with Alibaba. KWEB has only been around since last year, but it's had an impressive return in its short operating run. It's index inclusion is custom-suited to allow Alibaba, and because its market cap will be so large, Alibaba will quickly become a 7-9% holding in KWEB. How soon? It's hard to tell, but I'd say before the end of the year.

KWEB's a pretty small fund, with just over $100m AUM, so only retail investors should consider it. It's also a concentrated fund (around 40 holdings), so beware the extra volatility that will come with owning it. But if you want exposure to the Chinese internet space, this is a good place to start. The expense ratio is a reasonable 0.68%.

A similarly-themed fund is the PowerShares Golden Dragon China Portfolio (NYSE Arca:PGJ), which invests in U.S. -exchange listed companies that derive most of their revenue in China. It doesn't seek out a technology focus, but it ends up there via large stakes in companies like Ctrip (NASDAQ:CTRP) and Baidu (NASDAQ:BIDU). The PowerShares offering has nearly 3 times the assets as KWEB, and is more diversified, but comes with a slightly higher expense ratio.

There seem to be quite a few folks grabbing the megaphones lately to proclaim that this huge Alibaba IPO is an apex of investor greed, and a harbinger for the top of the market...that Friday will be the moment, looking back, that we'll all say "oh yep, look right there. That's when the (insert doomsday scenario here) started..."

Don't get sucked into that kind of thinking. Most of the people holding the proverbial megaphone have a strong professional and financial interest in having their predictions come true - mainly because they've been saying the sky's about to fall for 5+ years now. Take one look at a 5 year S&P chart and you'll see that being afraid has been a very costly emotion to have lately.

I see U.S. markets that are fully valued, but there are still pockets of value, and most importantly the economy is still growing. Investing should always be done with armor on....just not with blinders on.