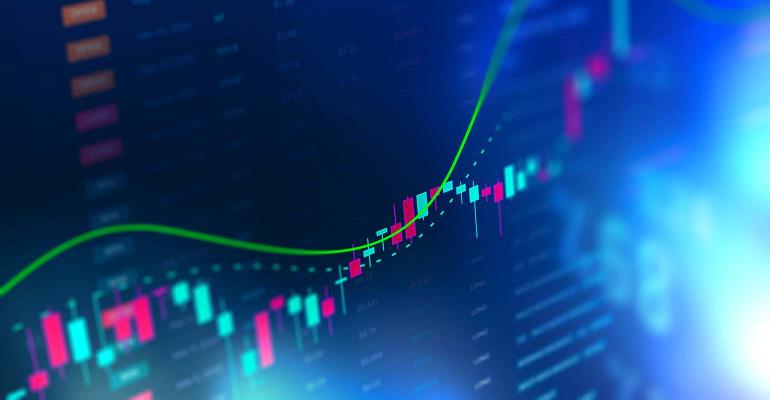 In changing BTAL from a passive to an active fund, AGF is seeking control over the beta-momentum correlation.

It’s mid-December. Have you started thinking about your New Year’s resolutions yet? Gonna finally get more active?

Well, that’s what the folks at AGF Investments have decided. AGF’s investment trust board recently approved a change to the investment strategy and objective of the AGFiQ U.S. Market Neutral Anti-Beta Fund (BTAL) that would transform the fund from a passive index tracker to a rules-based active portfolio.

The change is anticipated to take effect in February after the fund satisfies regulatory and exchange listing requirements.

We’ve written about BTAL’s diversification and hedging power several times in the past, most definitively in 2019 and in 2018.

Currently, BTAL tracks the Dow Jones U.S. Thematic Market Neutral Low Beta Index, a benchmark made up of long positions in low-beta stocks and short positions in high-beta names. The large-cap index methodology yields a market neutral stance by offsetting the weights of longs and shorts in each sector.

BTAL’s new investment mandate will be to seek a more consistent negative beta exposure to the U.S. equity market while maintaining a transparent dollar-neutral portfolio of long and short positions much as it does currently, subject to certain rules-based adjustments.

Looking back at BTAL’s history as an index tracker, its beta--although always negative--had been creeping upwards. Until recently, that is. Over the last 12 months, BTAL’s beta again became deeply negative (see Figure 1). 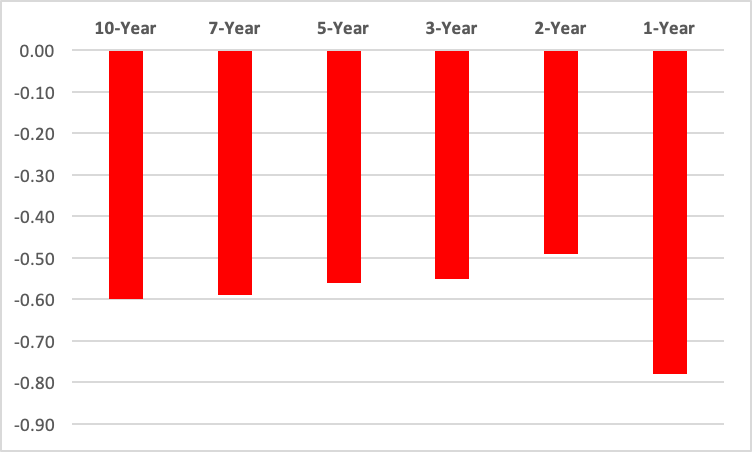 Given this, it’s fair to ask if fund’s active approach will include managing to a beta target going forward.

“The short answer,” DeRoche declares, “is ‘not a specific beta target.’ Think more of a band than a specific target. If we go back a year ago, when vaccines were announced and the re-opening trade took off, the market really began to rocket. The long portfolio was going up substantially, the short portfolio was going up even more because it was high beta. Gross leverage—the sum of long equity exposure and the absolute value of the short side—was moving up significantly.”

Heightened leverage works to make beta more negative, so as the market rose sharply in the aftermath of the pandemic shutdown, beta was moving in the wrong direction. In contrast, when the market goes down, gross leverage shrinks and, as a result, the fund’s negative beta gets smaller.

“Now, when we rebalance and reconstitute,” says DeRoche, “we target a gross leverage of 200%, but we were getting levels we’d never seen before. Because we were index tracking, there wasn’t much we could do about it other than follow it.”

As an active portfolio, DeRoche and his team will be able to better throttle its leverage and, by extension, its beta. “We don’t want to overmanage it,” he says, “but we are going to keep it within a target band. If investors are expecting a beta in the negative 0.5-ish range, which is based on that 200% gross leverage, we want to keep something close to that target.”

An even more compelling reason for moving to an active management model is the recent correlation of momentum to beta. Beta ranking drives BTAL’s portfolio composition. Historically, the fund’s correlation to the momentum factor has been negative but last year there were significant episodes of positive correlation. Case in point: The 20-day rolling correlation coefficient of BTAL to the iShares MSCI USA Momentum Factor ETF (MTUM) spiked toward 0.70 for extended periods in 2020.

As a consequence, says DeRoche, “We’ve had an abnormally large exposure to momentum in the fund.”

During reconstitutions, the index methodology only calls for controlling industry exposure, essentially leaving the so-called Fama-French factors alone. Now, however, the hedge effectiveness of BTAL is being compromised by the momentum skew.

“There is a consistent characteristic with momentum,” claims DeRoche. “When it’s working, it moves up in small increments and you can hitch a ride to that. Momentum, though, is subject to crashes. We can look back to ’09 and we can look back to last year for examples. From our perspective, we don’t want to eliminate the momentum factor but we want to make sure it doesn’t get too large in the portfolio. Because it moves up slowly, we can see that exposure growing. We’re going to make sure we pick up some performance from it when it’s working but we’re not going to let it get so large that it can subsume the performance.”

As an active portfolio DeRoche says adjustments for momentum will be made as needed only during scheduled quarterly reconstitutions but leverage tweaks might be made at any time.

It’s not as if BTAL needs much tweaking to be an effective hedge against equity market volatility. DeRoche points to the fund’s efficiency by comparing a mix of 75% SPY—the SPDR S&P 500 ETF and 25% BTAL to the old tried-and-true portfolio combining 60% SPY with 40% iShares Core U.S. Aggregate Bond ETF (AGG).

“For the past 10 or 15 years, it was as good an environment for 60/40 as you could imagine with interest rates falling and all,” DeRoche states. ”That 75/25 portfolio performed almost in line with it, maybe even a little bit better.“ 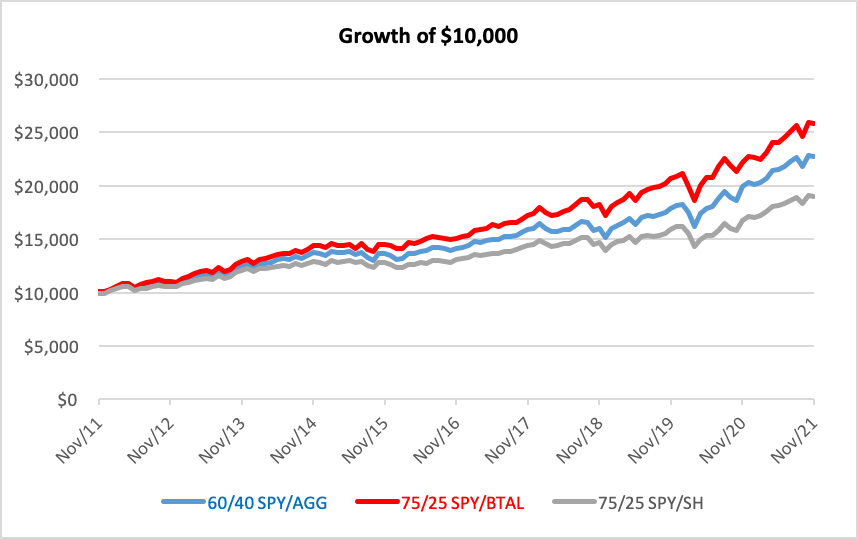 As you can see, the SPY/BTAL portfolio would have outperformed the other portfolios over the past decade across several metrics. Most important, BTAL fostered greater capture of the equity market’s upside while attenuating its downdrafts.

“We’re all interested in cumulative wealth,” says DeRoche. “If you have two return streams, even if both have the same expected return, the one with the lower volatility profile’s going to end up with more money at the end of the day. What we’re doing is trying to help people keep the return profile close to where they’ve had it but reduce overall volatility so they can end up with more cumulative wealth at the end of their journey.”