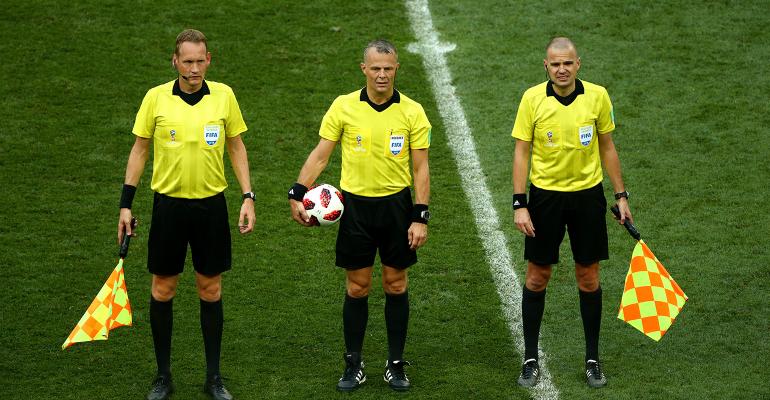 Investors who shifted to index-based ETFs and mutual funds have generally been rewarded in the first half of 2018, as most actively managed funds failed to keep up with the cheaper alternatives despite the belief we’re in a “stock picker’s market.”

In recent years, advisors and investors have increasingly been shifting money to index-based domestic equity ETFs and mutual funds. Confidence that active management provides sufficient value for the premium fee these funds charge has begun to erode. At the halftime in 2018, more data piles up to support the decision to consider indexing.

Though the low single-digit return suggests it has been a calm year for U.S. equities, 46 percent of the S&P constituents have moved at least 10 percent up or down. That kind of volatility suggests it’s a “stock picker’s market.” Unfortunately, stock pickers have generally made the wrong calls.

Naturally, there were some bright spots, with 29 percent of large-cap core mutual funds outperforming for investors seeking active funds with a strong record. CFRA five-star-rated Fidelity Magellan (FMAGX) and T Rowe Price Capital Opportunity (PRCOX) were up 5.5 percent and 3.3 percent, respectively, to start the year and remain open to new investors; Vanguard PRIMECAP (VPMCX), which is closed to new investors, rose 4.5 percent.

In the first half of 2018, small-caps outperformed their large-cap siblings, and here too active management lagged. The Russell 2000 index, a widely used benchmark for small-cap strategies, climbed 7.66 percent. In contrast, the average small-cap core mutual fund rose just 4.69 percent.

The bleeding of money from active equity funds has continued in 2018 with $48 billion flowing out year-to-date through May, according to Bloomberg data. However, active bond funds pulled in a nearly equal amount despite a growing number of alternatives. The case for active often has been that the performance records relative to the indexes justify paying the premium.

In the first half of 2018, the Bloomberg Barclays Aggregate Index declined 1.62 percent, as rising interest rates pushed down prices. But relative to many active mutual funds, most investors still would have been better off using iShares Core US Aggregate Bond ETF (AGG) or the recently launched Schwab US Aggregate Bond Index (SWAGX), which both track the popular index and charge a minuscule expense ratio.

For example, the average loss for Core Bond funds was 1.66 percent, just slightly behind the index. Within the peer group, 39 percent of funds matched or beat the Aggregate index, including CFRA’s highly rated Columbia Total Return Bond Fund (SRBFX) and Dodge & Cox Income Fund (DODIX). However, American Century Diversified Bond Fund (ADFAX) and Principal Core Plus Bond Fund (PRBDX) were among the funds that lost more than 2.0 percent.

While it’s relatively easy to understand what peer group an equity fund is in, it is more complicated with bonds. Some widely widely-held bond funds are in either the Core Plus Bond or Multi-Sector Income Lipper peer group because they also hold bonds with speculative-grade ratings and have looser parameters.

For example, DoubleLine Core Fixed Income (DBLFX) and Metropolitan West Total Return Bond (MWTRX) are part of the Core Plus peer group. Funds in this peer group on average lost 1.75 percent in the first half and lagged the Aggregate index. However, both DBLFX and MWTRX were outperformers of both the peer group and the index, in contrast to laggards Invesco Core Plus Bond (ACPSX) and Western Asset Core Plus Fund (WAPCX).

Meanwhile, Guggenheim Total Return Bond Fund (GIBIX) and PIMCO Income Fund (PIMIX) are classified as multi-sector income funds. The peer group declined just 1.17 percent in the first half and GIBIX and PIMIX were near the top of the leader board. However, John Hancock Strategic Income Opportunities (JIPCX) and Oppenheimer Global Strategic Income Fund (OSIYX) lost more than 3 percent, a reminder that fund selections matter.

We would caution investors from focusing too much on one period of a fund’s record. In rating both ETFs and mutual funds, CFRA goes beyond a rearview mirror focus and incorporates useful forward-looking metrics, such as expense ratio as well as conducting holdings analysis. Reports on above-mentioned and other funds can be found on MarketScope Advisor.