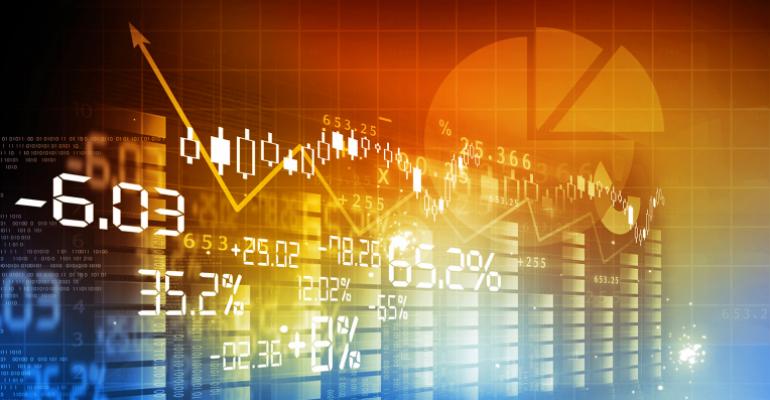 Active Versus Passive: Market Pros Weigh In on the Best Strategy for Retail Investors

Big money is at stake in the debate over the best way to navigate turmoil in the economy and markets.

The long-running active versus passive debate has become even more heated than usual during the recent stock market turmoil.

It’s a dispute with trillions of dollars at stake. The advent of passive exchange-traded funds provided an easy, cheap way for investors to get exposure to an index like the S&P 500, leading passive to overtake active in the US domestic equity-fund market for the first time in 2018. Today, its share of the $13.8 trillion market is approaching 58%, according to Bloomberg Intelligence.

Index investing tends to outperform actively managed funds over the long-term. However, that can change when stocks are volatile, giving active managers a chance to shine.

“Active managers probably do their best work in times like this of market dislocation and stress,” said Scott Ford, president of affluent wealth management at US Bank.

So, should investors, who’ve long embraced the “set it and forget it” strategy of putting money into index funds, reconsider right now? And what’s the best approach for those with new money to invest? Here’s what experts say:

According to the SPIVA scorecard produced by S&P Dow Jones Indices, 83% of actively managed large-cap funds underperformed the S&P 500 Index over the past 10 years and 85% lagged the benchmark in 2021.

“I was an active money manager for 30 years of my career, and now I’m all about how [passive] ETFs can solve all your problems,” said Diane Pearson at Pearson Financial Planning in Wexford, Pennsylvania.

This was particularly true during the recent bull market, when surging megacap tech stocks like Apple Inc., Microsoft Corp., Amazon.com Inc. and Tesla Inc. played an outsized role in US equity markets, propelling them to record high after record high.

If you bought an ETF tracking the S&P 500 at its low in March 2020, you would have more than doubled your money by the beginning of 2022. That’s a high bar for any active manager to beat, especially since they tend to charge higher fees than low-cost ETFs.

Passive ETFs are also more tax efficient. Because they track indexes, they don’t frequently buy and sell individual stocks and therefore don’t tend to rack up large capital gains bills, unless the investor exits their position.

“Passive investments are lower in cost, provide broad market exposure and are more tax efficient than active investments,” said Jason Dall’Acqua, president of Crest Wealth Advisors. “However, passive investments provide no risk management — you own the best and the worst companies of the index the investment tracks.”

The typical outperformance of passive funds was flipped on its head in the first half of this year, with 58% of large-cap mutual funds beating their benchmarks through mid-May, according to research by Strategas Securities.

Those funds still posted a 12.3% decline on average, but that was better than the more than 17% drop in the S&P 500 over the same period.

The reason for the outperformance was active managers’ underweight positions in those same megacap tech stocks that performed so well during the bull market, but slumped as investors began to grow more fearful of inflation and a potential recession.

“If you’re outperforming on the downside, that has a risk-management benefit to you as an investor and that shouldn’t be underappreciated,” said Dan Hunt, head of portfolio construction and investment tools at Morgan Stanley.

While it can be difficult for active managers to add much value in widely traded sectors like large-cap stocks, it’s easier for them to outperform in less liquid areas like fixed income and small-cap stocks, Dall’Acqua said.

To offset the potentially higher tax bill that comes with active management, Hunt suggests putting those investments in a Roth account, which allows tax-free withdrawals in retirement, or a tax-deferred account like an IRA or a 401(k). They can also be useful for tax-loss harvesting.

Case for a Mix

The best solution for many investors may be a mix of both passive and active investments.

“In our view, we think that both can have an enduring role in a client’s portfolio,” said Dan Reyes, head of the portfolio review department at Vanguard Group Inc.

The decision comes down to an investor’s risk tolerance, Reyes said, and how willing you are to stick with your active manager through a period of underperformance. A combination of passive and active can also help smooth out returns over time, which helps to bolster confidence and keep investors in the market during downturns, according to Hunt.

“The disciplined process of using both passive and active to us is the most attractive of all worlds,” he said.