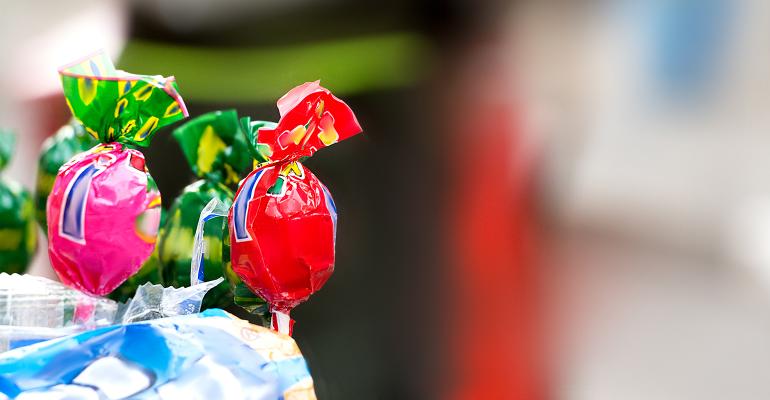 The benefits of an ETF wrapper can apply as much to actively managed strategies as they do to their passive counterparts.

Actively managed exchange-traded funds still represent a small part of the ETF space, but it’s a space that is growing. It is, according to ETF watchers, one of the few innovations in the market that makes sense, unlike some other frivolous products designed to benefit issuers more than investors.

Actively managed U.S. ETFs received a net inflow of $23 billion last year through October, exceeding the full-year total for 2017 by 48 percent, according to Morningstar Direct. There are 285 actively managed ETFs with total assets of $67.3 billion. That still amounts to only 1.9 percent of the $3.5 trillion ETF market.

What’s the appeal? If there is an active strategy that a manager or investor believes in, putting it in an ETF wrapper carries distinct benefits for investors, including lower fees, no investment minimums, higher liquidity and the tax efficiency inherent in the structure of an ETF.

“If you have a manager you believe in, it’s hard to find a 'con' in an ETF wrapper,” says Dave Nadig, managing director of ETF.com, an ETF research firm owned by Cboe Global Markets.

To be sure, financial advisors must keep their clients cognizant that actively managed ETFs are a different animal from passive ETFs. They can produce poor returns as easily as positive, and, as with actively managed mutual funds, it’s not easy to pick the winners based on past performance.

“Investors should be aware that these are active strategies,” says Ben Johnson, director of global ETF research for Morningstar. “Just because you deliver it in a new package doesn’t mean you provide antigravity boots. Some do well; some less well.”

In addition, on the bond side, an active manager generally can’t make up for the fact that bond prices fell across the board this past year.

In fact, the average return of all actively managed ETFs registered negative 1.63 percent over the 12 months through November 20, compared with positive 6.36 percent for the S&P 500 Index.

While it’s simple to determine your costs for an actively traded ETF, older mutual funds have multiple share classes with all sorts of different fees, Nadig notes.

Of course that won’t seem like such a bargain to some investors who are used to paying expenses of 3 to 5 basis points for passive, broad stock market ETFs, says Todd Rosenbluth, director of ETF and mutual fund research at CFRA, a research firm. The average expense ratio for passive ETFs is 0.53 percent, according to Morningstar.

“Investors are increasingly cost-focused,” he says. “In the equity space, active management has failed to consistently deliver outperformance, so investors are more hesitant than perhaps they should be to take a look at some of these products.”

But, Rosenbluth and others note, the ETF wrapper does provide investors with liquidity, transparency and tax efficiency. Availability is a benefit too, Johnson says. You can purchase as little as a single share, with no worries about the minimum investment requirements of mutual funds. “The fact that they trade like stocks on an exchange makes these strategies more accessible than those packaged in a traditional mutual fund,” he says.

Most of the money flowing into actively managed ETFs has gone to a few top funds, with the 10 largest accounting for more than half of total assets, according to Morningstar.

Fixed income funds are garnering the bulk of the assets in the actively managed ETF universe. Issuers have been less interested in equities because they don’t want to constantly reveal their holdings. “They are worried about giving away their secret sauce and about front running,” Johnson says. “Some are probably flattering themselves.”

Ark ETFs are ones that have succeeded on the equity side. “There’s a lot there to love,” says ETF.com’s Nadig. The Ark Innovation ETF (ARKK), which holds companies the managers consider to be innovative, sported a three-year annualized return of 27.92 percent as of November 21 and held $1.25 billion of assets, according to Morningstar. “Ark is gathering assets because it’s outperforming,” Rosenbluth says.

The success of Ark and Davis ETFs' actively managed offerings shows that “if you have the goods, investors will give you money,” Nadig says.

But Johnson maintains that fund managers are unlikely to commit deeply to actively managed equity ETFs until the Securities and Exchange Commission (SEC) permits nontransparent funds. And so far the SEC has batted back almost all requests for them by issuers.

On the fixed income side, issuers aren’t as concerned about transparency because bond funds have far less turnover, and many of the players in the bond market, such as insurance companies, aren’t looking for outsize returns, Johnson says. “There are far fewer opportunities for front running,” he says.

Meanwhile, investors have gravitated to actively managed bond funds amid rising interest rates and volatility in the stock market. The strong popularity of ultrashort-term bond funds stems from the fact that these funds generally hold up better than longer-term funds in a period of rising interest rates. Investors in active strategies benefit from having a human manager who can adjust to changes in interest rates, Rosenbluth says.