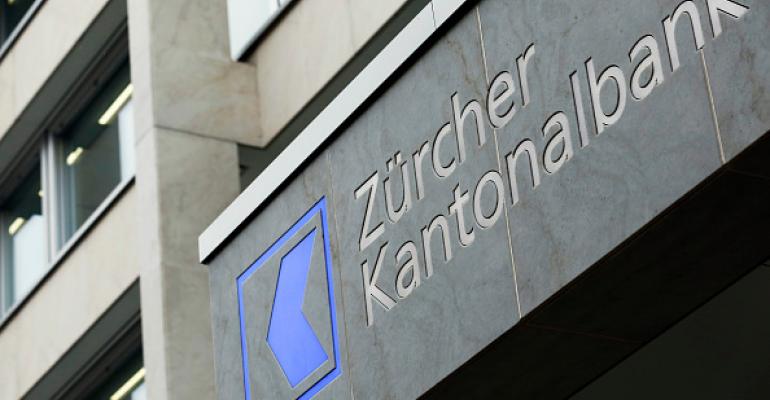 ZKB’s four funds, all listed in Zurich and all focused on owning physical precious metals, have an average of $1.9 billion in assets.

(Bloomberg) --When it comes to exchange-traded funds, sometimes you can’t be all things to all people.

It’s a lesson that Swiss finance firm Zuercher Kantonalbank has taken to heart. And so far it’s working.

The bank -- founded in 1870 and the largest of 24 institutions owned by regional governments, known as cantons -- is hardly a major player in the global ETF market. Indeed, it’s probably best known around the world for its role in a recent U.S. tax fraud case that’s tripped up a dozen other Swiss lenders.

Yet, ZKB’s four funds, all listed in Zurich and all focused on owning physical precious metals, have an average of $1.9 billion in assets, according to data compiled by Bloomberg as of the end of June. That’s more than any other European issuer, including behemoths like BlackRock Inc. and Vanguard Group Inc., the data show.

“The success story behind the ZKB precious metals ETFs is that they combined two things,” said Martin Raab, executive director at Derivative Partners AG in Zurich. “One of them is sticking to a niche. The other is that they had really great market timing.”

In Europe’s tough ETF market, which last year suffered the most fund closures since at least 2013, Zuercher’s selective strength is eye-opening. It has the largest or second-largest ETF in every category where it competes.

The bank debuted its physical gold fund -- the ZKB Gold ETF, symbol ZGLD -- in 2006. The metal typically accounts for between 2 percent and 5 percent of Swiss private bank portfolios, and the fund quickly found an audience, according to Andreas Nicoli, head product specialist for index solutions at Swisscanto Invest by ZKB.

“A lot of people were looking for a safe haven,” he said.

Zuercher initially rolled out the gold ETF to accommodate a large institutional client, Nicoli said. But before long the firm saw demand from private banks and family offices. It turns out the ETF structure works particularly well for holding physical precious metals, according to Mike McGlone, a commodities analyst at Bloomberg Intelligence.

“In the past, people would buy gold equities,” he said. “Buying physical gold, you had to use futures or you had to store it. Now, you can get the pure physical gold exposure for 40 basis points.”

A year after starting ZGLD, the bank created ETFs holding physical silver, platinum and palladium. It hasn’t launched a new ETF since - choosing instead to capitalize on its strong position in a part of the market highly valued by Swiss fund buyers.

“Investors look at precious metals as a strategic investment,” Nicoli said. “They don’t go in and out.”

Zuercher, an early provider of mortgages to Zurich’s citizens, is well-known in Switzerland for overseeing precious metals vaults. This helped their brand in the eyes of gold bugs and precious metals investors looking for physical commodity funds.

“The reasons to hold the ZKB ETF are quite simple,” said Herwig Weise, a portfolio manager at Mack & Weise GmbH, who owns the firm’s gold and silver funds. “Physical allocation of precious metals and quotation in Swiss francs.”

Zuercher’s success over the past 10 years has followed the growth of the European ETF market. In 2006, when ZGLD started trading, European ETFs held around 80 billion euros ($92.2 billion), but by the end of 2016 that figure was 550 billion euros, according to Morningstar data. By 2020, assets are expected to reach one trillion euros, the data show.

That’s made firms keen to get in on the action, creating a relatively crowded marketplace. Last year, for the first time, the number of ETFs closed or delisted in Europe broadly matched the number that were started, according to a February report from Morningstar.

So fund providers need to differentiate themselves.

Of course, Zuercher was the original differentiator -- and it’s found that being a targeted niche player in a growing universe works well for the firm.

Eleven years on, its gold ETF holds nearly $6 billion in assets, down from a peak of $19.4 billion in 2011, when the price of bullion was at an all-time high. ZGLD remains somewhat obscure, trading around 6,500 shares a day, compared with around 365,000 shares for Deutsche Boerse Commodities GmbH’s Xetra-Gold ETF, symbol 4GLD, which is the biggest fund in Europe tracking the metal. With an expense ratio of 40 basis points, it’s also more expensive than the Xetra fund, which charges 36 basis points, according to data compiled by Bloomberg.

Although being large and charging the lowest fee is often the way to go in the ETF industry, ZKB is bucking that trend. By staying small, tightly focusing on its audience and not being too concerned about cost, the firm is finding success.

It has no plans to change that formula anytime soon. Why bother? As Nicoli notes, the strategy has been “highly profitable” for the bank so far.