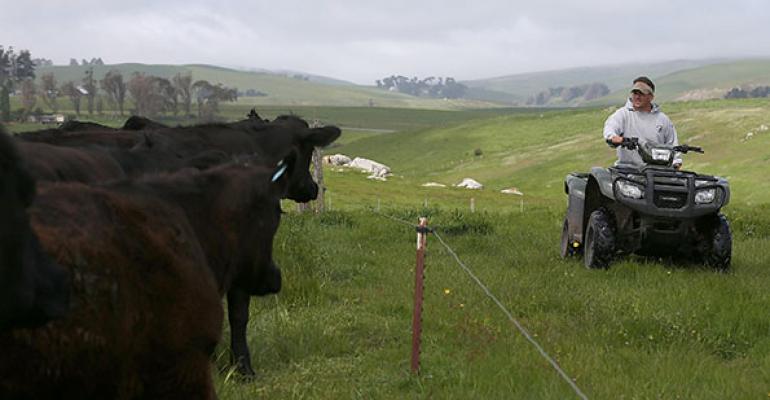 A Very Different Way of Thinking

Tailoring the document to the client

What’s the most common complaint among estate-planning attorneys?

“I wrote these great docs, and my clients won’t sign.”  The words vary a bit but, as Led Zeppelin put it,  “the song remains the same.”

The following situation comes from a senior trust officer:

“Years ago, a banker invited me to meet with a client of his.  I arrived at the modest house at around 9:30 a.m., 30 minutes before the meeting was scheduled to begin.”  (Because the locale was new to the trust officer, he had left himself time for a wrong turn or two.)

“I was greeted at the door by my hosts, a ranching couple well into their eighties. She escorted me into their ‘sitting room,’ followed by her husband.  Their home was modest, well below what these owners of one of the larger family-owned cattle ranches left in this part of the state could afford.” My source went on to say that this family had raised their two sons in this house and never saw a reason to build a larger one.

“For two years,” the trust officer recounted,  “this couple had met regularly with their attorney and CPA to design an estate plan.  They intended the ranch to stay in the family and eventually go to their two sons, who had helped run the ranch for over three decades.  After many conversations and multiple drafts of documents providing for trusts here and partnerships there, nothing had been signed.”

At this point in the story, this same attorney and the CPA arrived and were introduced to the trust officer.

As they all walked from the sitting room to the dining room to begin the meeting, the matriarch whispered to the trust officer: “I’m worried about my husband.  He still spends as much time as he ever has at the ranch office.  I’ve asked him to cut back.  He’s not as young as he used to be.”

The stage having been set, the best thing to do here is condense a conversation that played out intermittently over the next hour or so.

“Your wife told me that you’re at the office for a lot of hours.”

“Is that because you’re working as much as ever, or because you like to hang out with your boys?”

“No, I’m still running the ranch.”

“What would happen if you were out of the picture?  Could your sons run the ranch?”

“Well, neither could by himself.  But together they could.”

“They could, but would they?”

The patriarch tilted his head downward and closed his eyes for what seemed like a very long time, although in reality it was probably fewer than 30 seconds.

“No they wouldn’t!  I thought that we were supposed to leave the ranch to our sons.  Isn’t that what parents do?  I had my doubts, but I felt funny bringing them up. Here’s what I want to do instead.  It will take me about two years to wrap up a couple of deals that I’m working on.  Then I want to sell the ranch, keep enough to support my wife and me, and split what’s left between my sons.  There will be plenty for each of them to buy their own ranch, if that’s what they want to do.”

After the meeting concluded, the rancher walked the trust officer to his car.   “I spent a lifetime building the ranch.  Until I met with the lawyers, it never occurred to think about how I wanted to give it away.  That’s a very different way of thinking.”

As a commentator on the trust scene, it’s tempting for me to extract lessons learned and best practices from this story.  But I’ve learned a thing or two over the years collecting and publishing positive stories about estate planning in general and trust relationships in particular.1

The wisdom lies in the stories themselves.  Sometimes the best thing I can do is to get out of the storyteller’s way and keep my thoughts to myself.  Readers will extract their own personal gems.

Did you find a gem or two that make a difference to you?

1. This story is adapted from Goldstone, Hughes and Whitaker, Family Trusts: A Guide for Beneficiaries, Trustees, Trust Protectors and Trust Creators (to be published by Bloomberg Press in October 2015). Also see Goldstone and Wiseman TrustWorthy – New Angles on Trusts from Beneficiaries and Trustees (Trustscape 2012).