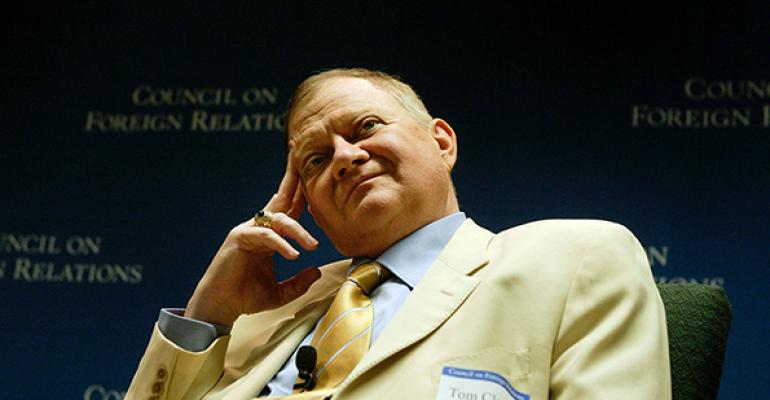 Tom Clancy’s widow scored the first victory of what will surely be a drawn-out battle over who must bear the burden of paying taxes on the late author’s $86 million estate (most of which is derived from a 12 percent ownership stake in the Baltimore Orioles).

On Friday, Baltimore Judge Lewyn Scott Garrett ruled in favor of Alexandra Clancy in deeming that no taxes should be due on the two-thirds share of Tom’s estate that she inherited. Instead, Tom’s four adult children from a previous marriage will be required to foot the estimated $11.8 million tax bill from the $28.5 million family trust they inherited from their father.

We covered the specifics of this conflict in an article last year, but here’s a refresher. When Tom died in 2013, he left his children the aforementioned family trust, while Alexandra (she also has a minor daughter with Tom) received an inheritance, worth about $57.5 million, consisting of a separate family trust and a marital trust. When the tax bill first came due, Alexandra initiated a suit claiming that Tom modified his will just before his death to ensure that her inheritance fell completely under the marital deduction and, as such, completely escapes taxation.

Interestingly, the executor (“personal representative” in Maryland) whom Alexandra claims wrongfully allotted a portion of the burden to her inheritance, J.W. Webb, is the very same attorney who crafted the entire estate plan as a whole, including the codicil which Alexandra claims exempts her property. She petitioned for his removal as executor because of the alleged “mistake” (an odd quirk in Maryland law requires her to take this particular action in lieu of simply suing him for malpractice). 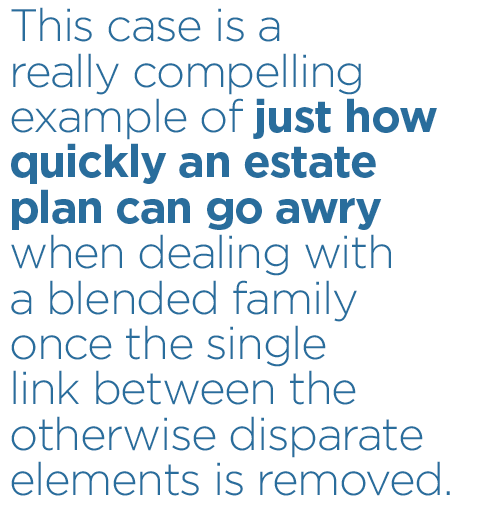 The children disagreed and maintained that the tax bill should be split evenly between the two respective family trusts (that Alexandra’s marital trust passed tax free was never at issue). This arrangement would have actually raised the amount due to $15.7 million, but it would have resulted in a more equal distribution of the bill, with each side being on the hook for $7.85 million.

Ultimately, though the judge noted that certain portions of the will, when read in isolation, offered “some evidence” that Tom intended for both family trusts to jointly shoulder the tax burden, the plain language of the will as a whole, which the judge deemed “the clearest and the predominant evidence” of Tom’s intent, didn’t require Alexandra’s family trust to pay taxes.

The judge further declined Alexandra’s request to remove Webb as executor, noting that the favorable decision just rendered made her claim against him moot. The children will surely appeal this first ruling.

This case is a really compelling example of just how quickly an estate plan can go awry when dealing with a blended family once the single link between the otherwise disparate elements is removed. There’s rarely a clear-cut good guy or bad guy when everyone is acting in such self-interest.

Though it’s pretty easy to paint Alexandra as the greedy one here trying to take advantage of a loophole and leave the kids (not her own, mind you) holding the tax bill, it’s not as if the four children are saints either. Remember, they’re arguing that the estate should have to pay almost $4 million more in taxes overall so that they can avoid paying $4 million themselves (and I’m sure making Alexandra eat $7.8 million wouldn’t feel too bad either).

It’s critically important (as J.W. Webb can no doubt attest) that planning documents, regardless of if the family is blended, be drafted with as much clarity and attention to detail as possible in anticipation of such squabbling. It will be interesting to see how the inevitable appeal shakes out.