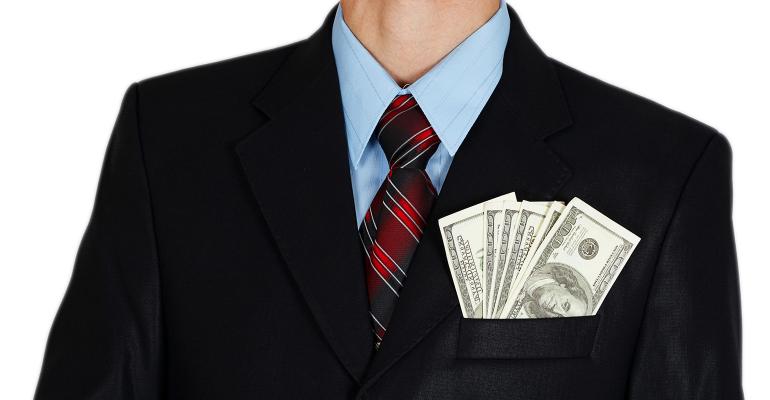 Timing Is Everything When It Comes to Self-Dealing Rules

A trustee’s reimbursement to herself for certain expenses incurred on behalf of the trust and her distribution of remaining trust assets to her children after trust’s termination won’t constitute self-dealing under the private foundation (PF) rules. In Private Letter Ruling 202021001 (released May 22, 2020), timing was everything.

A donor’s interests in several grantor-retained annuity trusts were distributed, pursuant to the donor’s will, to a charitable lead annuity trust (CLAT). A CLAT is a trust that provides for an income interest to benefit a qualified charity and a remainder interest to benefit individuals chosen by the donor. Under the terms of the CLAT in this ruling, the annuity was payable to a charity, which, under court order, was subsequently divided into two separate PFs. Each PF received one-half of the annuity distributed from the CLAT. On termination of the CLAT’s term, any remaining trust principal was to be distributed to the donor’s children.

The donor’s estate was allowed a charitable deduction under Internal Revenue Code Section 2055 for the value of the charitable interest of the CLAT.

During the term of the CLAT, the trustee, who was the donor’s spouse, personally paid certain accounting, legal and related expenses on behalf of the CLAT.  The trustee intended to seek court approval for reimbursement of these expenses before distributing any of the remainder to the remainder beneficiaries of the CLAT (that is, the donor’s children). Prior to making any distribution to the remainder beneficiaries or obtaining approval for reimbursement and reimbursing permissible expenses, all annuity payments would be made to the two separate PFs in accordance with the CLAT terms.

The trustee sought a PLR to confirm that the: (1) distribution of the remaining trust principal to the donor’s children; and (2) reimbursement from the CLAT for certain legal, accounting and related expenses incurred by trustee on behalf of the CLAT after obtaining court approval wouldn’t constitute an act of self-dealing by the trustee under IRC Section 4941.

IRC Section 4941 imposes an excise tax on each act of self-dealing between a PF and disqualified person (DP)—essentially, persons who control and fund the PF and their family members. The trustee of the CLAT was a DP with respect to the CLAT because she was the trustee of the CLAT and the donor’s surviving spouse.

The basic principle underlying Section 4941 is that transactions and financial arrangements between a CLAT and a DP with respect to the CLAT should generally be prohibited, whether or not the transaction is fair and reasonable or benefits the CLAT to the detriment of the DP. This includes actions taken by CLAT or by a DP that result in a CLAT’s assets or income being used to benefit a DP. There are only a few, very specific exceptions to the self-dealing rules that typically require careful analysis.

The IRS ruled that the once the trustee makes the final annuity payments to the two separate PFs in accordance with the CLAT terms, then the CLAT will no longer hold any amounts for which a charitable deduction was received; therefore, it will no longer be described in Section 4947(a)(2). At the time of the distribution of remaining principal to the remainder beneficiaries and the reimbursement of expenses to the trustee, the CLAT won’t be treated as if it were a PF for purposes of Section 4941 and the trustees’ actions won’t constitute self-dealing primarily because the self-dealing rules won’t apply at that time.

This PLR highlights that once all charitable annuity payments have been made in accordance with the terms of a charitable lead trust, the application of the private self-dealing rules don’t apply. This should provide comfort to fiduciaries who are administering charitable lead trusts and serve as a reminder that careful consideration of the timing of annuity payments, payment of expenses and distribution of remainder property is necessary to avoid the application of potential self-dealing rules.