/sites/all/themes/penton_subtheme_wealthmanagement/images/logos/footer.png
Recent
Recent
Cresset and Meristem Merge to Create $27B AUM Multi-Family Office
May 25, 2022
Know the Rules: State Residency and Taxation for Individuals, Trusts, and Estates
May 25, 2022
Boston’s Old Suffolk Downs Racetrack Begins Conversion to Massive Development
May 25, 2022
The Healthy Advisor: Getting Financially Sober With Matthew Grishman
May 25, 2022
Featured
The 10 Best and 10 Worst States in Which to Retire in 2021
Jul 15, 2021
Poll: 15 Classic Books on Investing and the Markets
Apr 03, 2020
Fifteen Must-Listen Business Podcasts for Advisors
Aug 14, 2020
Celebrity Estates: Jay Leno and Planning for Classic Car Collections
Feb 22, 2022 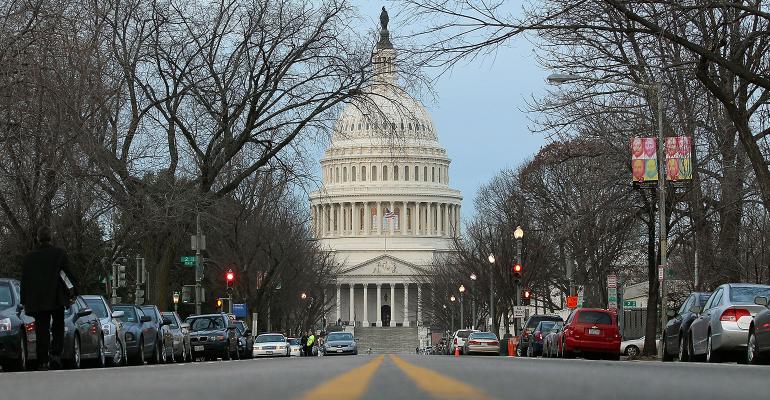 Time to get down to business now that the healthcare debate is no longer overshadowing everything.

In January, I wrote an article on the timing of tax reform. Back then, it appeared that the Affordable Care Act (ACA) would quickly be repealed with an effective date far into the future and Congress would move to hammering out a deal on tax reform. Even with that scenario, it seemed to me that a final tax reform bill would likely take until the end of the year to wind its way through both houses of Congress and finally arrive on the president’s desk.

With the healthcare debate now seemingly settled, tax reform may have it's time in the sun.

Since 2011, the House of Representatives has held dozens of formal tax reform hearings and informal roundtables with myriad organizations representing all sectors of the economy. Along the way, tax bills have been introduced, like H.R.1 (then-Chairman Dave Camp’s Tax Reform Act of 2014), coalitions have been organized and House leaders have spent countless hours briefing their colleagues on the details of tax reform. Last summer, Speaker Paul Ryan and Ways and Means Committee Chairman Kevin Brady issued A Better Way—a comprehensive outline of a bill that is becoming the latest iteration of a tax reform bill.

In short, the ground has been laid for quick action in the House of Representatives.

But hold on, you say. What about that dreaded border adjustable tax (BAT) in A Better Way that House leaders are trying to sell to their skeptical colleagues? Won’t that grind tax reform to a halt? The BAT is problematic but right now it’s the only game in town that raises $1.3 trillion to offset a lot of goodies those skeptical colleagues want for their constituents, like lowering income tax rates, repealing the alternative minimum tax, repealing the death tax and increasing the prospect of more and better paying jobs.

And while the White House may not be wholeheartedly embracing it either, President Trump campaigned, and won, by articulating what an overhaul of the our tax laws could do: make life more affordable for the middle class and create jobs. Lots of jobs. He has a big dog in this fight and he won’t quickly throw the BAT overboard.

So until someone else has a better idea, the House will proceed with the BAT.

When is this all going to happen? I think it’s safe to expect to see a tax bill from the House around June or July, (though one could come sooner in an attempt to force the healthcare debacle out of the news) followed by a vote in the full House of Representatives sometime before August recess. That way, they can go home and sell it to their constituents while President Trump is doing the same at rallies, parades and fairs across the country.

When the Senate returns from August recess, they’ll begin their process of analyzing, dissecting and parsing. The Senate is a different animal from the House. They have thornier rules and procedures, which is why we won’t see the Senate take quick action on tax reform. For example, Senate Democrats, as the minority party, have tremendous power to slow down and stop legislation with the filibuster. But there’s a way for leadership to avoid a Democratic filibuster and Republicans have been talking a lot about it in recent days. They can pass tax reform via an expedited “budget reconciliation” process.

What’s this reconciliation process? Here’s the 101. Among other bells and whistles, it’s a way to more easily and quickly pass tax and spending legislation. In the Senate, that can be done with only 51 votes and Republicans have 52. If they can corral their own, they could pass a bill without a single Democrat. But that’s an iffy strategy because it’s quite possible that a few Republicans will get a wild hair and refuse to vote for the bill. So, there’s an effort underway to begin wooing moderate Senate Democrats, like those 10 Democrats who will face the voters in 2018 from states that Trump won.

Senate leaders get bonus points if they can pick up one or two Democrats, like Senator Joe Manchin (D-WV), who’s running in 2018 in a VERY red state (Trump’s margin of victory was over 42 percent). Not only do they increase their chances to pass tax reform, but they can also claim a bipartisan bill to boot. Very smart.

So what’s the bottom line? Don’t be fooled into thinking tax reform is as flimsy as healthcare reform turned out to be. No way. There’s too much wind at its back and too much at stake. Keep in mind that back in 1986, tax reform died at least seven times before it passed. Expect the same this time too.