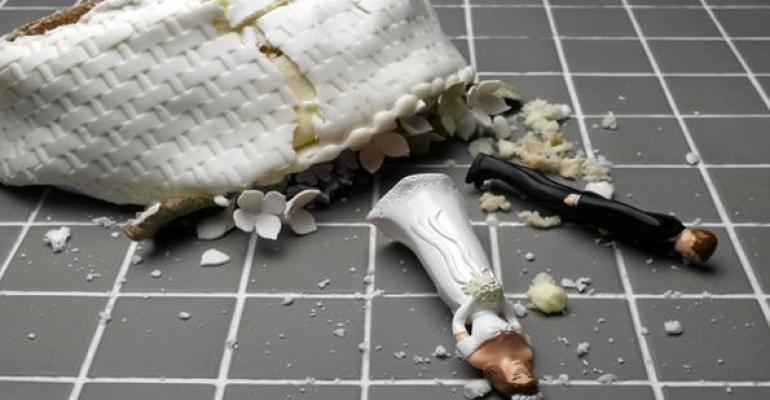 Trusts are ubiquitous in planning, and one of the most common motivations for the use of trusts is to minimize the risk that a future divorce of a trust beneficiary will expose trust assets to the reach of that ex-spouse.

A recent Massachusetts case, Pfannenstiehl v. Pfannenstiehl,1 potentially undermines the use of trusts to safeguard assets from attack in divorce in Massachusetts. But practitioners in many other jurisdictions should consider the warning signs of this case. Whether or not the case was appropriately decided, it highlights many practical steps practitioners should take in all jurisdictions to make trusts safer from attack by the future ex-spouse of a beneficiary.

The typical or traditional trust done for a child or grandchild is unlikely to provide the desired protection.  Applying common modern trust planning and drafting techniques (summarized in a checklist at the end of the article) will place the client’s heirs in a much safer position.

Typical trust: Child is a trustee of her own trust and has the right to make distributions to herself pursuant to an ascertainable standard (health education maintenance or support (HEMS)), the trust is formed in the family’s home state and the trust ends by distributing all trust assets to the heir at some specified age, say 50.

Modern trust: A completely discretionary trust, with a corporate trustee, organized in a trust friendly state that continues for a long term or in perpetuity and makes irregular distributions that don’t follow a particular pattern. Clients sometimes complain about the cost, complexity, duration or other aspects of a modern trust. But as this recent case makes clear, and as other cases suggest, clients who want their divorce protection goals achieved should weigh the benefits of those negative factors against the more important goal of protecting trust assets.

Practitioners should recognize the risk that clients may relocate. So even if a trust is created in a jurisdiction that has more favorable law (for example, New Jersey, as discussed briefly below), if the couple relocates to a new jurisdiction and the trust is administered there, that new jurisdiction’s laws may be applied in a later divorce thereby undermining the planning. Further, there’s no certainly in many states that the law favorable to the protection of a trust from a later divorce won’t be changed after the trust is created.

About 40 million people move annually in the United States. Nearly three-fourths of the U.S. population moves an average of once every five years.  Is it realistic to rely on a settlor’s home state law applying to protect a beneficiary years or decades in the future? Wouldn’t prudence suggest a more conservative or safer approach be used when a trust is first drafted to enhance the likelihood of protection in the future?

In  Pfannenstiehl, the court  held that the assets of a trust would be considered as part of the marital estate.   Massachusetts law takes an expansive view of what constitutes a marital estate. The court ruled that a portion of a trust created by the parents of the divorcing husband for his benefit and for the benefit of his siblings, was to be considered as a marital asset in his divorce.

The trust included a standard of distribution based on  HEMS. The court reasoned that this standard gave the husband a present enforceable right to distributions. The court also noted that the husband would receive an outright distribution of his share of the trust at a specified future date and determined that one half of that should be distributed to the wife.

The trust had 11 beneficiaries to whom distributions could be made, and the class was open in the sense that future descendants would be added. While this was a positive fact, the court didn’t appear to restrict its holding based on this.

The dissent, consisting of two of the five judges, argued that the distribution standard was too speculative to value. The dissent wasn’t swayed by the cessation of distributions on the eve of the divorce and argued that the focus should be on the terms of the trust, not on the actions taken.

As a caution to attorneys serving as trustees, the court didn’t view the attorney as independent in light of the business his firm did with the family.

The husband borrowed money from his father to make payments as required under the divorce settlement, and when those payments ran out, he requested distributions from the trust. To no ones’ surprise, the brother and family lawyer as trustees refused distributions.

To understand the essence of many of the matrimonial decisions addressing trusts, the distinction between a “support” and a “discretionary” trust needs to be clarified. A “support” trust directs the trustee to make distributions to support the beneficiary. A common support standard is HEMS. This is the type of trust that was reached in the Pfannenstiehl case. A “discretionary” trust grants the trustee the discretion to determine if, when and how much to distribute from the trust to the beneficiary.

As a generalization, if a trust were characterized as a pure support trust, the court might be inclined to enforce the beneficiary’s interests in the trust in a matrimonial action. If the trust is a pure discretionary trust, the courts would be harder pressed to find an interest to enforce, and the trust would be less likely to be reachable. In reality, many trusts are combinations of the two standards, and that makes the decision process murkier.

Other states take a different view of the protections afforded by a trust. For example, New Jersey reached a very different result in Tannen v. Tannen.2 The significance of the Tannen decision is the rejection of the Restatement Third of Trusts provision that a discretionary trust can be enforced as a support trust (based on the notion that the trustee must act in the best interests of the beneficiary).  Instead, the decision reaffirmed that New Jersey will follow the Restatement Second of Trusts position that a purely discretionary trust will be honored as giving the trustee unfettered discretion to distribute or not distribute, regardless of the support needs of the beneficiary.

A Florida court permitted the former spouse of a beneficiary to access distributions, as they were made from a discretionary trust.4

The following is a checklist of planning suggestions based on Pfannenstiehl :

If any of the aspects of the trust aren’t optimal, endeavor to decant the trust into a newer and more favorably structured trust well in the advance of any challenge, including divorce. The wider use and availability of decanting has post-dated many of the unfavorable matrimonial/trust decisions and presents an opportunity for practitioners to improve older client trusts that aren’t optimal.

Advise clients to review the terms of all existing trusts, and the administration of those trusts, to ascertain whether improvements can be made to enhance the likelihood of the trust withstanding a matrimonial challenge.