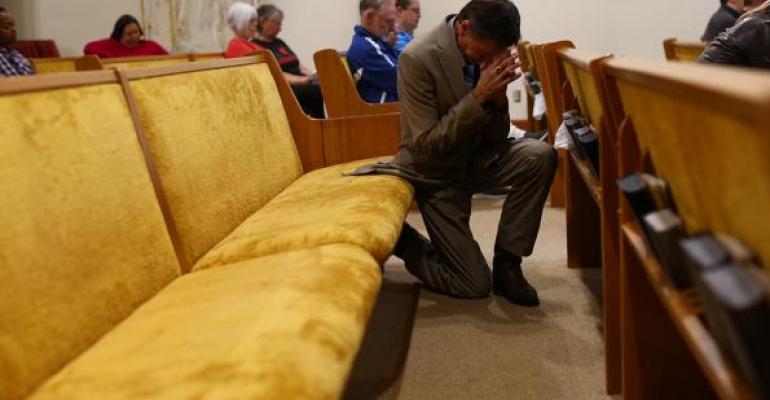 Showing sensitivity to a client’s religious concerns should be an integral component of estate planning. Religious goals can be achieved by integrating a client’s religious concerns into the drafting of many common legal documents. Addressing the myriad religious, philosophical, cultural and related issues in practice is not only beneficial to those clients for whom this is important, but also can be intellectually rewarding and may lead to a deeper relationship with the client.1

This topic, and many others, will be discussed at the 42nd Annual Notre Dame Tax & Estate Planning Institute that will be held Oct. 27 and 28, 2016 in South Bend, Ind.2

One of the most important decisions for a client seeking to imbue estate planning documents with religious values or to transmit a particular religious heritage to a child or other heir is the selection of fiduciaries who have some of the following characteristics:

In many instances, the individual who best fits these criteria won’t be best suited to handle investment and other fiduciary responsibilities, so that a combination of an individual fiduciary sensitive to religious concerns and an institutional co-fiduciary may be called for. It might be possible to name the individual with the religious sensitivities as a trust protector and someone who can fulfill general trustee duties as trustee.

Agents and fiduciaries might be given guidance, and granted legal authority, to disburse funds for religious education (for example, supplemental religious education or private school), religious travel (pilgrimages to holy sites), charitable giving (to inculcate core religious values in heirs) and other purposes consistent with the client's religious goals.

Many religions advocate the virtues of charity, and charitable giving can be tailored to reflect the unique nuances of a particular faith. Although many religions mandate tithing a certain percentage of income or assets to charity, others provide more specific standards. Yet others, such as the Mormon faith, while providing guidance, leave much to personal discretion. For example, charitable giving is an essential part of the Baha’i faith, as it demonstrates devotion to Baha’u’llah and represents the ideal of charity. Baha’is are expected to give a certain percentage of their incomes and assets to Baha’i charitable organizations through a mandatory donation referred to as “Huququ’llah” ("The Right of God"). It’s common for clients who are religious to make bequests in their wills to charity, permit agents under financial powers of attorney to make charitable gifts and, perhaps, include charitable beneficiaries in trusts.

Disposition of Assets on Death

A secular will may have to be modified to reflect the Baha’i, Jewish, Islamic or other religious laws of inheritance. Both the Quran and Old Testament include detailed provisions on how inheritance must be handled. Although similar, they’re typically applied in quite different manners in will drafting. These provisions need to be coordinated with tax, estate, financial and succession planning, as well as ethical issues. For the Orthodox Christian, if the believer doesn’t provide for their family and relatives, it’s as if they've disowned the faith and is worse than a nonbeliever. For Catholics, general guidelines of charity and justice should be respected.

For all faiths, issues of a religious or spiritual nature are perhaps best resolved through mandatory arbitration before a designated religious body, not a secular court. Both Buddhism and the Baha’i faith incorporate principles that affect how to address disputes. The disinheritance of an heir, the use of in terrorem clauses and perhaps the use of arbitration provisions need to be evaluated. The Buddhist theory of karma provides that everything done in a particular life, as well as in past lives, influences and affects future lives. Undertaking to disinherit an heir out of anger can be viewed as creating a negative influence that may be carried on through rebirth to the next life. Buddhism advocates that believers take action out of compassion and not anger.

The Prudent Investor Act and the investment provisions of the governing document should be tailored to permit a religious or socially oriented investment strategy, if that’s appropriate for the client.

If a client who’s involved in a particular business desires to tailor the operations of that business to certain religious precepts, then the governing documents for that entity should include a general directive that operations should conform to those religious principles. A threshold step to address a client’s religious concerns is to add a recital clause to each relevant legal document stating the client's desire that the operation of that entity and business endeavor shall be conducted with consideration to the specific religious requirements.

If a religious provision is included in any legal document, consider having any dispute or interpretation of that clause resolved by a religious body rather than a secular court. A number of faiths raise issues with dispute resolution and may require (or prefer) all disputes be brought before an appropriate religious body. This issue may be of concern for clients who are Buddhist or Baha’i. Also, for some faiths, the client may have a preference for a clause that calls for arbitration before a private religious body, a Beth Din or Jewish court for an Orthodox Jewish client, than to leave the parties to resort to suit in a secular court. The provision may be in the form of a mandatory arbitration clause in accordance with religious standards or before a religious body. For some clients, a mandatory, non-appealable religious arbitration may be appropriate. How this is handled can vary considerably, even within the same faith.

Judeo-Christian tradition raises prohibitions and restrictions on the charging of interest. Although these have generally been ignored in modern commerce, these issues are of importance for a meaningful number clients. Thus, in structuring a real estate transaction for a Muslim or Jewish client, issues of how the transaction can be structured to re-characterize or avoid interest charges should be addressed when the client desires.

Under Shari’ah (Islamic legal doctrines derived from the Quran, the teachings of the Prophet Mohammed and interpretations by Islamic scholars), Muslims are prohibited from paying or receiving interest, called “riba,” for the use of money. Although the term “riba” may be translated as “usury,” tradition interprets the restriction to apply to all interest. This restriction doesn’t prevent a modern commercial transaction; rather it will affect the documentation and structure of the transaction. Riba means unearned profits that aren’t reflective of business risk.

Both Islamic and Jewish law prohibit charging interest. These concepts can be incorporated into powers of attorney, wills and trusts. Under Islamic law, scholars view what constitutes interest or riba differently, so that for different clients, different provisions may be warranted depending on the views of their advisors.