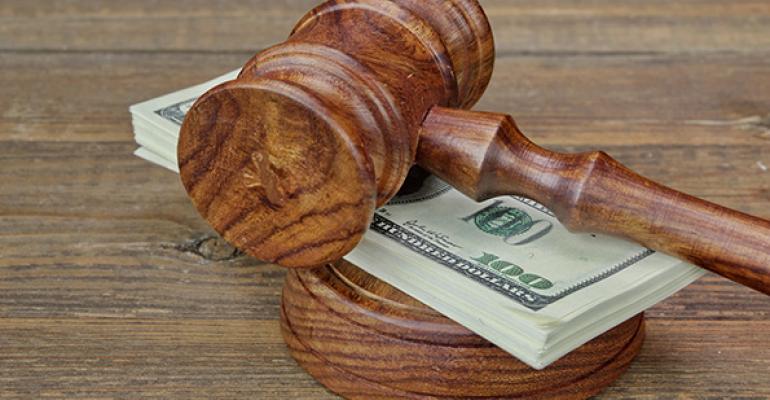 In Estate of Hake v. United States,1 the U.S. District Court for the Middle District of Pennsylvania denied an estate’s motion requesting attorney’s fees and costs from the United States, despite the estate’s success in the underlying action, because the estate failed to satisfy the requirements for a prevailing party under the applicable statute. In the underlying action, the estate successfully sued for abatement and reimbursement of penalties assessed after the executors, the decedent’s two sons, failed to file the estate’s tax returns on time, based on incorrect advice of counsel.

The estate was assessed a $197,868.26 late penalty and $17,202.44 in interest for its error. In an effort to obtain a refund of the amount paid, the executors exhausted all Internal Revenue Service administrative remedies, but without success. The executors filed a complaint on July 15, 2015, beginning the litigation, which was resolved in the estate’s favor. However, the estate incurred a financial cost of $52,849.40; consisting of $51,378 in attorney’s fees and costs of $1,471.40. The estate asked for repayment from the United States for attorney’s fees and costs, following the resolution of the underlying litigation. Internal Revenue Code Section 7430 governs awards of costs and fees in any action involving the United States that concerns tax, interest, or penalty refunds. In relevant part, IRC Section 7430 provides that:

By permitting limited financial recoveries against the government, Section 7430 represents a limited waiver of the government’s sovereign immunity. Noting this, the court invoked the canon of statutory construction that “the traditional principle that the government’s consent to be sued “must be ‘construed strictly in favor of the sovereign,’3 and not enlarge[d] … beyond what the language requires.”4 Adopting that analytical predisposition, the court noted that Section 7430 defines a “prevailing party” as: any party … (i) which … has substantially prevailed with respect to the amount in controversy, or ... the most significant issue or set of issues presented, and (ii) which meets the requirements of the 1st sentence of [28 U.S.C. Section] 2412(d)(1)(B)…5

Based on this, the court reasoned that a “prevailing party” in tax litigation must have: (1) “substantially prevailed” in the lawsuit; and (2) met the requirements of the first sentence of 28 U.S.C. Section 2412(d)(1)(B). The latter significantly narrows the number of parties who may successfully apply for attorney’s fees and costs because 28 U.S.C. Section 2412(d)(1)(B) provides, in relevant part, that a: “‘party’ means (i) an individual whose net worth did not exceed $2,000,000 [when] the civil action was filed…”6 In the case of estates, the $2 million net worth limitation was to be applied as of the decedent’s date of death.7 At the time of the decedent’s passing, the estate had a net worth in excess of $2 million. Hence, the estate simply didn’t qualify as a “party” under IRC Section 7430 and wasn’t, therefore, entitled to any fee award.