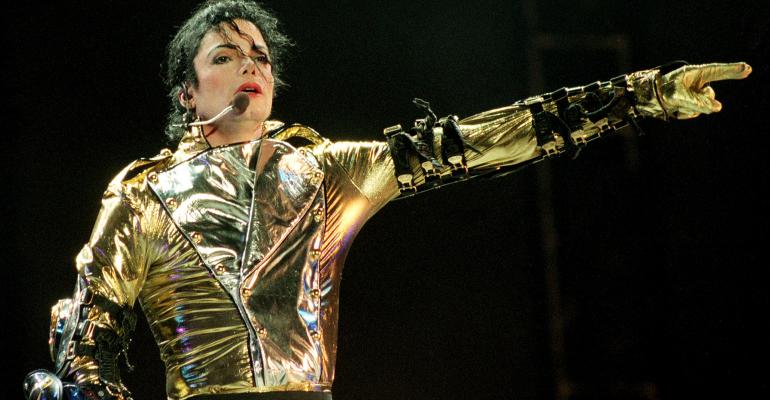 The IRS had claimed that the late pop singer's estate had grossly undervalued the worth of his image and likeness.

(Bloomberg) --The estate of Michael Jackson looks to have escaped a possibly hefty penalty for allegedly undervaluing the late singer’s assets.

A U.S. Tax Court judge denied the Internal Revenue Service’s bid to provide additional evidence in a case that was tried in Los Angeles in February. Because the agency didn’t show that it complied with certain procedural requirements, it’s barred from seeking as much as 40 percent of the allegedly understated tax in penalties.

“What happens if a party with the burden of production on an issue fails to introduce sufficient evidence at trial to meet that burden?” Judge Mark Holmes said in his Dec. 20 order. “Well, he loses.”

The executors of Jackson’s estate, lawyer John Branca and former music industry executive John McClain, have been busy monetizing the legacy of the singer, who died in 2009, for the benefit of his children.

“This Is It,” a documentary about Jackson’s preparations for his ill-fated 2009 tour, went on to be the highest-grossing concert movie of all time, with $261.2 million in worldwide sales, according to researcher BoxOfficeMojo.com. Last year, the estate sold Jackson’s half of the Sony/ATVmusic publishing business to Sony for $750 million.

In 2013, the IRS went after the estate with a “notice of deficiency,” claiming it had undervalued assets including real estate, a Bentley automobile and the late singer’s “image and likeness.”

The court ruling didn’t quantify how much the assets were allegedly undervalued, but Bloomberg Businessweek reported in February that the IRS claimed Jackson’s name and image should have been valued at $434 million. The estate claimed that it was worth a mere $2,105, implying that his image had been rendered all but worthless by stories about skin bleaching, his obsession with plastic surgery, prescription drug abuse, and allegations that he molested young boys who visited Neverland Ranch.

“The court’s order denying the IRS’s request to reopen the trial record was well reasoned and could prevent the government from seeking penalty assessments on their claim against the Estate of Michael Jackson," said Howard Weitzman, a lawyer for the estate.

A representative for the IRS said the agency can’t comment on ongoing lawsuits.