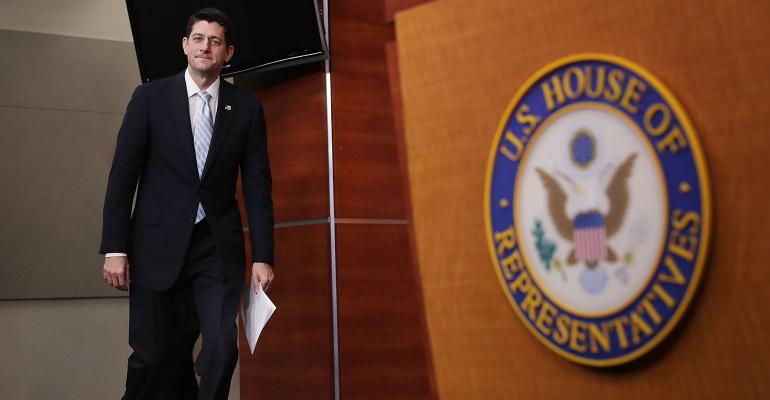 Life After the Death Tax

Despite the possible repeal, estate planning attorneys attending their biggest professional conference said they remain optimistic about the need for their services, and see a closer working relationship with financial advisors.

It looks like Republicans will finally act on a promise they’ve been making for nearly a decade: Eliminate the federal estate tax. Will that move sound the death knell for estate planners? No, but some said it may prompt them to move closer to wealth management practitioners as the value of their services evolves.

The agenda for the 51st Heckerling Institute on Estate Planning in Orlando Fla., the largest estate planning conference of the year, was set before the election results came in. Although the notion of an estate tax repeal wasn’t reflected in the seminars themselves, talk of the conference was what the planning world might look like post “death tax.” Overall, most attending the conference were not in panic mode.

Most agreed the new Republican regime in Washington may get rid of the long-loathed estate tax (this year levied at a top rate of 40 percent on assets above the exemption of just under $11 million for a married couple). Yet, it will almost certainly be replaced with something functionally similar. So, while some politicians are crowing about killing it, they’ll simultaneously be passing laws to ensure that taxes will still come due at death, just in a less onerous and perhaps more semantically pleasing form than a “death tax.”

President Trump’s current plan, for example, would replace the current estate tax with a mark-to-market event at death that triggers capital gains on the estate assets (which would be taxed at a rate of 20 percent.) That system is similar to one used in Canada. While this would technically constitute a repeal of the estate tax and new application of the capital gains tax, functionally, it would simply represent a reduction of the estate tax rate of roughly 20 percent.

Further, state estate taxes (in jurisdictions that impose them) remain unaffected by any federal changes. So, while perhaps diminished in importance, estate tax planning will still be necessary for many high net worth clients.

The permanence of any potential change is also in question. Traditionally, such measures are implemented with a built in 10-year renewal period to allow for flexibility in the case of shifting economic factors and inflation. So, for plans expected to withstand the rigors of time, it would be irresponsible to overreact (or under plan) because of legislation that may go away after a decade.

Carlyn S. McCaffrey, partner at McDermott, Will and Emery in New York, believes “Clients should take largely the same steps until we know, and then even some time after.” However, she also recognizes the delicate balance that must be struck. “No planner wants their client to be the last one to have to pay the estate tax,” she said. Avi Kestenbaum, partner at Meltzer Lippe in Long Island, agrees, and urges planners to ask “What are the rules today? You can’t assume changes, but you can plan for flexibility.”

Additionally, tax minimization is not all that estate planners do. Asset protection, for example, was cited by many at the conference as a service that may become an even more important part of a planners toolbox; and which uses many of the same tools as tax planning (namely, irrevocable trusts). “Whatever Washington does, lawsuits and divorce are unlikely to diminish, so asset protection will continue,” says Martin Shenkman, a New Jersey-based estate planner. Gideon Rothschild, partner at Moses and Singer in New York, agrees, stressing that “Every planner must anticipate that his client’s estate plan will be defeated by beneficiaries, creditors, divorce or more.”

One point of agreement among those attending the conference is the growing importance of financial advisors and wealth managers in the estate planning process.

“The unfortunate reality is many clients will use the absence of a tax driver as an excuse not to plan,” said Shenkman. “This will shift the dynamic from the estate-planning attorney to the wealth manager as the prime motivator of future estate planning moves.” He jokingly suggests, “Estate planning attorneys should start taking wealth managers and trust officers out to expensive lunches.”

Kestenbaum says the reliance on financial advisors to drive clients to planning benefits using the rules of law (thus, the need for an estate planning attorney) has been going on for some time. “Any time there’s a major change in the law, financial advisors, because they meet with clients so much more regularly, are the ones who should be talking to clients about the implications.”

In many other industries, all of this uncertainty would be cause for great alarm. Still, attendees at the Heckerling conference (not surprising given their focus on inheritable wealth) take the broad view. Estate plans are meant to weather all manner of legal changes and challenges. For something meant to last upwards of 50 years into the future or more, what may happen in the next ten should be put in context, they say.

Many recalled that the estate tax was also fully repealed in 2010, albeit only for a year as part of a negotiated tax-cut package passed eight years earlier. When it was reinstated for 2011 with a higher exemption, causing fewer prospective clients for estate attorneys, many saw a shift in their business.

What did not change was high net worth families’ desire to shield their assets from taxes, creditors, unscrupulous family members and business partners, using all the tools and strategies the law allows. Estate planning attorneys are counting on the facts that won’t change, regardless of what happens to one section of the tax code.