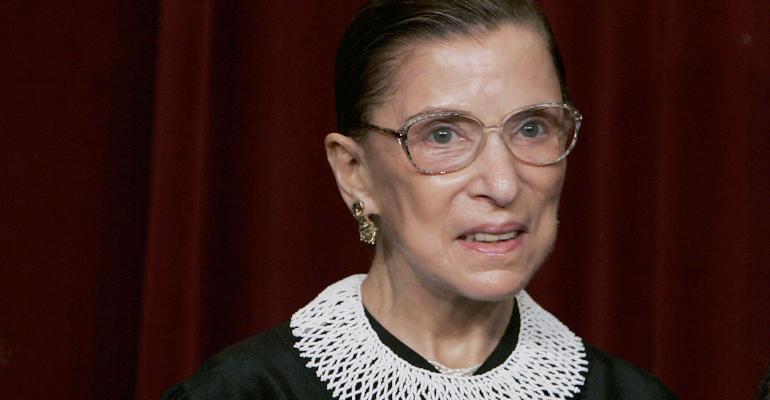 The value of her personal property is estimated at $5.5 million.

Ruth Bader Ginsburg left the majority of her estate to her two children, who are also executors of her will and interesting enough, she also left a $40,000 cash bequest to her longtime housekeeper, Elizabeth Salas. Salas was reportedly very close with the late justice and notably appeared alongside President Joe Biden when the justice lay in state at the Capitol.

According to TMZ, who has obtained a copy of Ginsburg’s will, her personal property includes cars, furniture, books, art, sculptures, paintings, photographs, silver, porcelain, jewelry and clothes in her possession, valued at $250,000. It’s reported that she also has other personal property valued at approximately $5.5 million, but the will doesn’t specify what the assets are.

As is typical with high-net-worth individuals, Ginsburg’s other remaining assets are likely being passed down via trusts and other estate planning vehicles.

Though some might find it odd that Ginsburg included her housekeeper, “It’s not uncommon for individuals who have long term caretakers or housekeepers, drivers or assistants to decide to leave money to them. In the United States, providing a bequest is often used by individuals to demonstrate to those who survive them that the relationship was one of particular importance and meaning,” says Sandra D. Glazier, equity shareholder in Lipson Neilson P.C., in its Bloomfield Hills, Mich. office.

“When the bequest to a care provider is more than nominal, it may be suspect. For example, in some jurisdictions, it may even be presumed to be either invalid per se or presumed to be the product of undue influence. Some jurisdictions limit the amount that can be provided to a caregiver,” adds Glazier. However, she says, that’s not likely the case with Justice Ginsburg, who herself was well acquainted with the law and had been married to a distinguished tax attorney, after all.