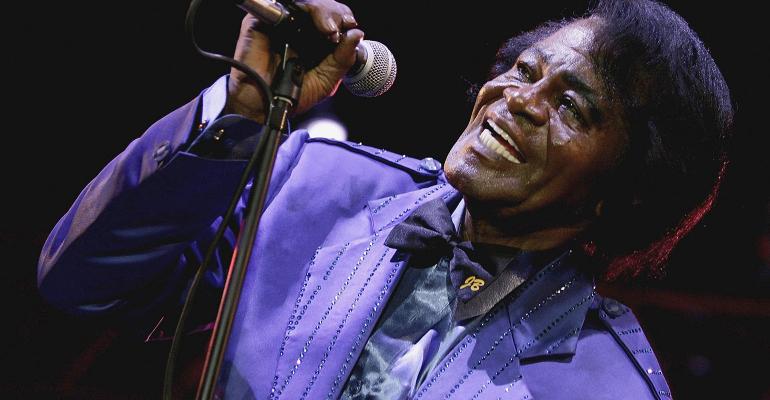 Will his charitable wishes finally be fulfilled?

There’s finally a happy ending in the contentious nearly 15-year battle over James Brown’s estate between his girlfriend and his children.

According to The New York Times, a settlement has been reached after nearly two months of mediation talks. Though the details of the agreement remain a secret, Russell L. Bauknight, the estate’s administrator, says that it will resolve most of the outstanding litigation, except for one suit by one of the estate’s former executors.

This settlement means that the estate’s administrators may now finally be able to fulfill Brown’s dying wish—one which he made very clear in his will—to fund a trust that would provide scholarships for underprivileged children in South Carolina and Georgia. Most of his fortune was left to the trust, with only his personal effects going to his children and $2 million toward his grandchildren’s education. His wife, Tommie Rae Hynie, and their child, James Brown II, were left nothing under his testamentary documents.

“The biggest question regarding whether the charitable trust can be funded is whether there are sufficient liquid assets left in the estate. Years of contentious litigation likely drained much of the liquidity out of the estate, to pay the fees and costs for the administrators and their attorneys. The remaining assets in Brown’s estate likely consist largely of intellectual property, which would need to be sold or otherwise converted to a source of liquid assets for a charitable trust to be properly funded,” says Andrew G. Smith, associate at Weinstock Manion in Los Angeles.

It’s speculated that the children will likely use some of the money they receive to make sure the charity trust is funded per their dad’s wishes.

No Shortage of Family Drama

Though Brown may finally get his wishes fulfilled some 15 years later, this case demonstrates the complexity of estate planning for modern families. Even with a carefully crafted will in place, disputes between children and a so-called stepmom thwarted smooth estate administration after the singer’s death.

The battle over Brown’s estate arose almost immediately after his death in 2006, with Hynie playing a key role in Brown’s estate negotiations as his widow, despite the fact that she was still legally married to another man when she married Brown. Further complicating matters was the fact that Hynie had a son with Brown, born in 2001, who was left out of his will (and whose paternity was initially disputed, though it was later determined that he was in fact Brown’s biological son). According to  Smith, “the laws provide for ‘omitted’ spouses and children to receive a portion of the estate in precisely this type of situation, so while neither Hynie nor her son were included in Brown’s estate plan, if they could establish that Hynie was married to Brown and that her son was Brown’s biological son, they likely would have been entitled to a significant portion of Brown’s assets under the law.”

Last year, the Supreme Court of South Carolina finally ruled that Hynie wasn’t Brown’s legal wife, thus allowing a lower court to proceed with the probate of Brown’s estate in accordance with his estate plan. However, this decision didn’t come before Hynie already had a chance to receive income “associated with selling back copyrights to songs when their ownership became eligible for reversion,” per The New York Times. The negotiations that led to the settlement might have involved Brown’s children attempting to recoup some of the profits that Hynie made from those dealings.

The New York Times also reports that Brown’s children and grandchildren “have recognized and allowed [James Brown II] to be part of the settlement—potentially giving him access to income earned as a result of reclaimed copyrights.”