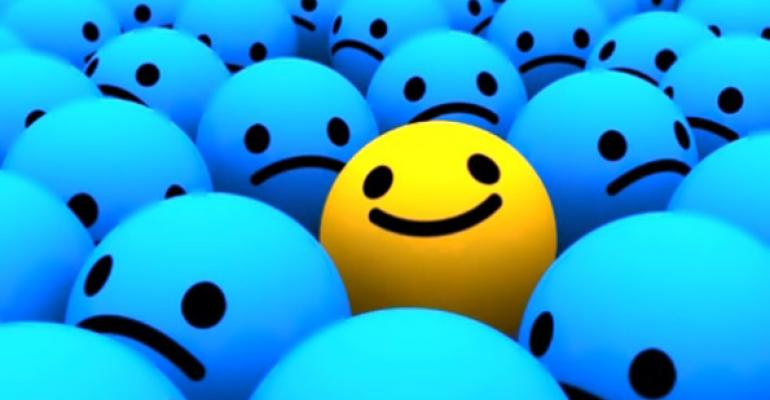 If You Tilt Your Head and Look Higher...

Positive stories challenge us to go beyond the same old trajectory

Next month marks one year since publication of the softbound book by Kathy Wiseman and me entitled, TrustWorthy—New Angles on Trusts from Beneficiaries and Trustees. On line and in public presentations, I’ve shared many responses from readers, especially family members, able to rethink their wealth-management.

Kathy and I are very appreciative—as we continue to be to those who gave us the 25 true stories that illuminated the best in trustee/beneficiary relationships.

One question we’ve heard plenty during this past year is: “What about some negative stories?”  The people hasten to add that they’re not looking for gratuitous tales of horror and heartbreak.  Rather, the point is: “Can’t we learn from stories about times when things have gone wrong?  As in: Learn from mistakes?”

Of course we can. But let’s look at that reasoning a little more closely...

Say that we’re driving along, and the vehicle suddenly veers off into a ditch.  Whoops—we’ve got a problem here!  So we use our best problem-solving skills to get back on the road.  Mission accomplished.  And we’re back driving along much as before.

Have we learned something?  You bet.  The next time we swerve into a ditch, we’ll surely know how to get back on the road quicker.

The point is: Fixing a problem often means removing a negative.  Success is getting back on the road—returning, more or less, to some sort of status quo.  And in many cases, this might be all that’s needed.

But what if we want more than some sort of status quo?  What if we want to take flight? That is, to gain altitude, not just resume traveling on a level path.  Then we would seek out positive stories—because they'll challenge us to go beyond the same old trajectory.

When out in the field recording new stories—chatting with someone who might need orientation toward this whole approach—I start this way: “This shouldn’t be about a tax strategy that saved you a bundle or about getting the better of creditors.  The stories we’re interested in are, at their core, compelling human stories.  Real stories about concrete moments in time that showcase beneficiaries and trustees at their best.”

I then explain that  “moments in time” can run from a single incident to a sequence that unfolds over years. Some stories touch many members of a single family.

That’s not to say the relationship that you tell us about didn’t have its ups and downs. All human relationships do.  But what we’re interested in are stories about the up times, even when they began with a down development. Stories that show strengths and evolution.  Perhaps a story about overcoming a challenge.

A final bit of guidance: Tell your story with a beginning, middle and an end.  Give it some punch.  Only then is the recorder activated!

So, in TrustWorthy’s“I Wonder if We Can…,”our narrator is an advisor to high-net-worth families.  One day his phone rings.  It seems that Dad—a client—would like to modify his trust.  He’s come down with a severe case of “grantor’s remorse.”

According to our narrator:  “He concluded that he had set up his trust for failure.  Why? Because the purpose had been to hog as much money out of the tax system as possible…and then, in effect, dump it all on his family members.”

When Dad dies, his children (all adults) and grandchildren will be the trust beneficiaries. So Dad gathers his children and their spouses to talk about what they would like to see in the new trust.  He asks them to take the lead in the conversations that, as it turns out, will play out over three years.

Their advisor (and our narrator), suggests that the rising generation be guided by the question: “I wonder if we can...?”

Our narrator points out that one of the things that he found interesting was that the children had come from an environment where the parents had—to to a startling degree—relieved them of the responsibility for thinking.  So here was the first time the children not only had a voice, but also, were able to start to look for one.

“What will the beneficiaries think, feel and say when they hear our names?”

Barriers fall as they learn to work together.  A new maturity takes hold. The narrator tells us:  “Now the grantor’s children are doing their own planning.  They are mentally prepared to deal with this responsibility.”

Is the rising generation of this family driving along the same metaphorical road these days?  Or have they taken flight.  Maybe if you tilt your head back and look higher…

And it all started with a question: “I wonder if we can…?”

A note in closing.  We’re beginning to collect positive stories once again.  Please get in touch if you have a good one.  New stories will be released atintervals during the coming year. So check NavigatingTheTrustscape.com or, better yet, subscribe at that website to receive notification of new postings.