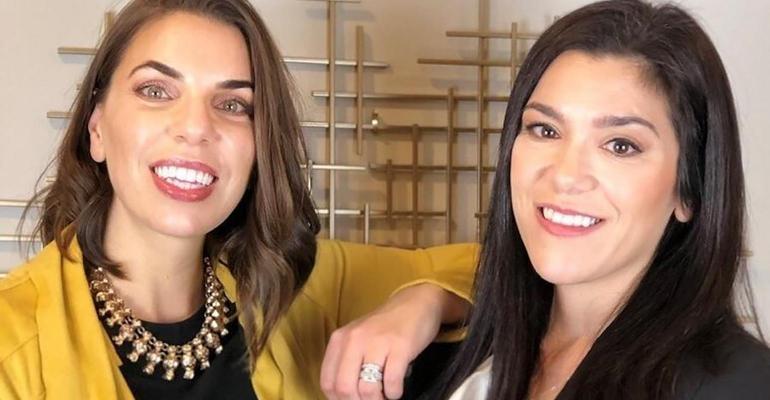 How Much of Estate Administration Can Be Automated?

Estate planning tech startup Trustate thinks it has the answer.

The fintech revolution is reshaping the financial services industry (that is especially the case if you ask the fintech companies themselves), but tech offerings for estate planners generally remain few and far between as compared with those intended for their advisor brethren.

While it can be considered largely a solution for estate planning attorneys right now, a new application will have growing appeal for wealth managers administering an estate in future.

Now, for a little groundwork first; most available estate planning technology these days fits into one of three categories:

Tech products focused on helping with the actual—and often mind-numbingly tedious—nuts and bolts of the estate planning process are even more of a rarity, which is why estate administration startup Trustate has my attention.

When a decedent passes, one of the first tasks facing estate administrators is combing through that person's life to establish certain necessary personal and financial data points about them so the process can properly move forward.

Often, much of this information can be found in already prepared, albeit voluminous, estate planning documents. It’s simply a matter of doing the legwork to extract it. Trustate purports to automate much of this process with its new Trusuite tool, which soft-launched in July.

Planners can use the Trusuite web application (basically a personal mini portal accessible from their website) to create an account for a client decedent and the executor of their estate.

The system then generates and sends a verification email to the executor so that they can consent to the various searches the application looks to perform as well as a prompt to upload certain planning documents. This email also lays out exactly what the advisor is doing, so it acts as a bit of a backdoor value demonstrator and prospecting tool, both of which can be awkward tasks for estate planners to tackle more directly, given the delicate nature of their work.

Trustate then performs a variety of public record searches (so there are no privilege issues) to establish the decedent’s aliases, current and former employers, address and property history, bank accounts and—the meat and potatoes of the searches, according to COO and co-founder Tara Faquir—liabilities. Trustate’s asset and liability decedent discovery tool leverages Equifax’s API to capture info, including bankruptcy filings, loans and credit cards—both open and closed, account types, balances, etc. The searches return only real reported data and show all sources. Billing is done on a per search basis, similar to PACER, and is a flat $99 per search.

There are multiple points of verification throughout this process where the executor is prompted to sign off before searches can continue, as information security is paramount. “We’re not in the business of just running quick searches for beneficiaries,” says co-founder and CEO Leah Del Percio.

The planner receives an email once the searches are complete and can view all of the gathered information organized on a single dashboard. 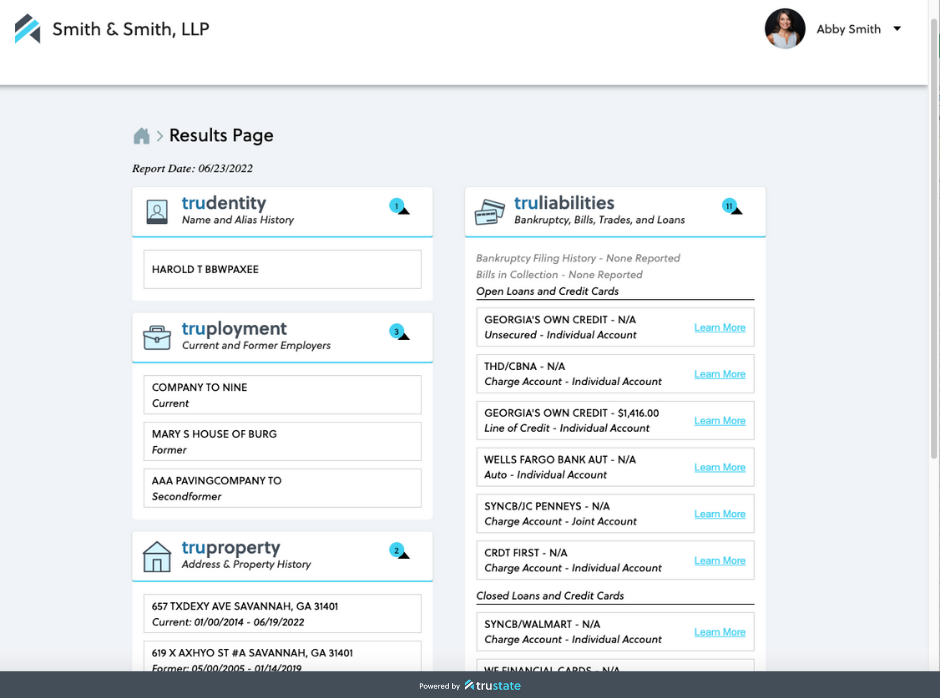 “It used to be that the only way to learn what a decedent owned or owed was to sit by the mailbox, or gain access to their email, hoping that you would find a statement of some sort to give you a clue,” says Faquir. “We wanted to change that antiquated process and arm professionals and their clients with real-time, high-quality data to correctly and efficiently administer an estate.”

However, the prospect of automating such processes can be intimidating, particularly in an industry where tech adoption has been notoriously sluggish, which is why the Trustate team puts ease of use and simplicity at the forefront of the launch product, which presents the user with only a bare handful of screens.

Faquir explains, “It was important for us to build an easy-to-use tool with no learning curve or tricky integration.”

“Most of the technology is working in the back end, verification and information security,” agrees Del Percio.

That said, they intend to keep adding functionality, including an upcoming potential partnership with a data company that would allow users to directly access tax transcript data at the click of a button. A process that currently can take weeks would be reduced to three to five days, according to Del Percio. This system is set to begin testing in early fall.

Additionally, though Del Percio made it a point to stress that “We’re not a glorified spreadsheet, not doc gen software and not a vault,” the Trustate team nonetheless recognizes the value such services offer and plans to incorporate some aspects of them into the dashboard in the future.

The ultimate plan is to eventually marry the service and product sides of the business and layer in more and more workflows, says Faquir. As an example, she offers the capability to close out an account or credit card directly from the dashboard.

Although intended for midsize estates, Trustate potentially could be useful for high-net-worth clients as well. The founders estimate that, in its current form, Trustate saves its users an average of 400 man-hours over the course of administrating an estate.

“Data is the key,” says Faquir. “So much time is wasted on misinformation and hunting through documents.”