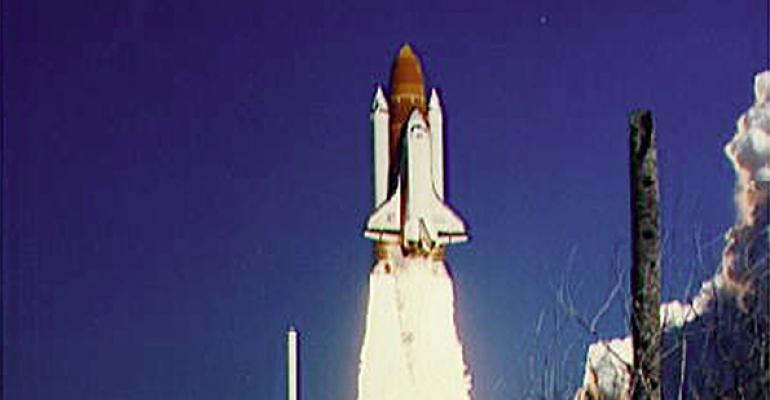 With a High Level of Certainty

How to avoid “go fever”

On Jan. 28, 1986, space enthusiasts were tuned into CNN for what looked to be a routine space-shuttle launch.  What viewers, and soon the whole country, witnessed was anything but routine.

A mere 73 seconds after liftoff, the Challenger broke up.  On TV, it looked more like an explosion.  Lost were six career astronauts and Christa McAuliffe, a high-school social-studies teacher who had been selected and trained for this mission.

The investigating committee would take two years to complete its report.

The temperature at the Kennedy Space Center had been unusually chilly that morning.  Chilly enough that engineers at Morton Thiokol, the company that designed the shuttle’s solid-rocket booster, warned their superiors that the rubber O-rings sealing the joints of the booster were vulnerable to failure.  The warnings went unheeded.

NASA managers were also made aware of the design problem.  They, too, failed to take action.  And so, the ill-fated launch went forward.

Some say the decision was influenced by  “go fever,” an overall attitude of rushing to get a task done while overlooking potential problems or mistakes.

It’s coincidence that an hour or so after perusing Truth, Lies, and O-Rings: Inside the Space Shuttle Challenger Disaster, by Allen J. McDonald, I read a comment posted to the Purposeful Planning Institute’s Linked-in group by Matt Wesley, a top-notch family advisor based near Seattle.

Please don't misunderstand. In no way am I about to imply that mucking up trust administration is even remotely related to a Challenger-like tragedy.

But “go fever” is on my mind when Wesley asks: “How are you [the attorney] designing this trust to ensure, with a high level of certainty, that it will do more good than harm in the lives of beneficiaries and trustees?”

I think for a moment, then alter the question.  This time it’s directed to trustees:  “How are you administering this trust to ensure, with a high level of certainty, that it will do more good than harm in the lives of beneficiaries?”

And that’s where “go fever” comes in.

“The end of the quarter is coming up soon. Have you met your sales goals?”

“His mother doesn’t want him to get anything from his trust.  Please listen to her, after all, she’s my best client.”

“If you deny my request for funds, you’ll be hearing from my lawyer.”

Any of those sound familiar?

The Fatigue and Hunger Factors

Then there are the fatigue and hunger factors.  In Thinking, Fast and Slow, by Daniel Kahneman, the author cites a study that appeared in The Proceedings of the National Academy of Sciences.

Here’s where it gets interesting…

The researchers plot the rate of approval against the time that had elapsed since the judges’ last food break.  And guess what?  If a judge reviews the application immediately following a meal, the chances for approval rise to 65 percent.  The approval rate steadily declines until the next scheduled meal.

And if you’re among the unlucky prisoners whose application for parole is reviewed while a judge is at his hungriest?  The approval rate drops to near zero.

This study might, just might, have implications for trust committees reviewing requests for distributions. (I’m smiling as I write this, but you never know…)

So, what’s a trust officer to do when presented with a challenging request from a beneficiary?

My advice: Go through your usual routine.  Ask the beneficiary the questions that you usually ask.  Seek the counsel of your manager and peers if that helps, just like you usually do.

When you’re all done doing the usual, add one more question:  “Am I administering this trust to ensure, with a high level of certainty, that it will do more good than harm in this beneficiary’s life?”

But first, grab a burger!

Hartley Goldstone, J.D., MBA, the author of TrustWorthy - New Angles on Trusts From Beneficiaries and Trustees," has served families for 25 years as attorney, trust officer, and planner.