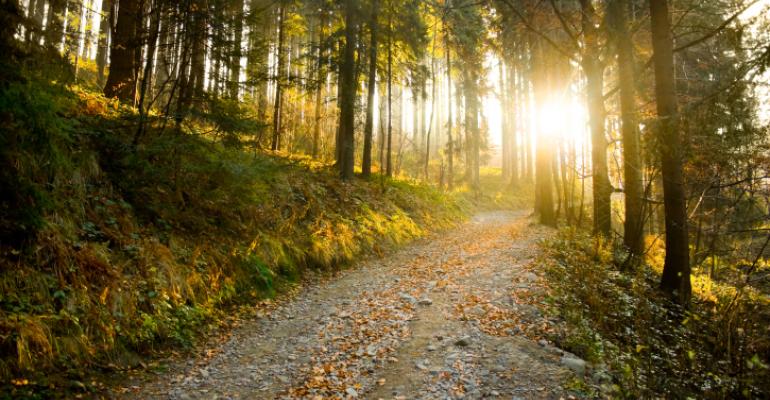 Heroic Journeys and the Trustee’s Path

Joseph Campbell wrote extensively about the “hero’s journey.”  This journey has a pattern drawn from themythological tales of many cultures.

The hero is called to leave his ordinary world to enter an adventurous new realm.  Accepting the call (sometimes after an initial refusal, sometimes after speaking with a mentor), he encounters a transforming realization that takes hold in the new world.  Then, he returns to normal life with much deeper awareness.

Many stories collected through the “Beneficiary and Trustee Positive Story Project,” including those published in TrustWorthy, follow the arc of the hero’s journey—with the trustee in the heroic role.

A trustee is presented with a distribution request that, on its face, appears easy to decline, and this sets him on a new course.  The request may seem to be outside the parameters of the dispositive language of the trust: For example, a beneficiary asks for funds to cover a deficiency notice from the Internal Revenue Service, but the provisions of the trust allow distributions for medical expenses only.

Or, a young mother, with toddlers at home, asks for funds to pay for a cleaning service.  Her trustee, a self-described family curmudgeon, has a policy of making distributions under two circumstances only: to pursue special opportunities on the upside and as a safety net on the downside.  The middle ground is up to beneficiaries to take care of with their own resources. The trustee recollected to us: “I was puzzled and troubled by the request, feeling that my answer would have to be no.”

Another trusteeis asked to disburse funds for the purchase of a helicopter. His first response is one of astonishment:  “You must be kidding.  I certainly understand the logic of the request.  But, there’s no shortage of side issues.” (The “logic” is that the beneficiary routinely engages in high-risk travel in an underdeveloped nation.)

Campbell notes that we often refuse calls to adventure, sometimes to our detriment.  Many trustees would decline the challenges of the unorthodox requests cited above and do so without further analysis—in effect refusing the call to adventure.

Quite often, it’s the beneficiary who’ll have to take the initiative to nudge a reluctant trustee to recognize a call to adventure.  In another story, a beneficiary has been coached to ask her trustees:  “Will you receive me as myself? Will you listen to me as myself?  Will you suspend your likely thought that I am simply one of eight to be treated the same way?”

At the next meeting, she declares: “I'd like to tell you what my dreams are, how this trust can enhance my life.”  Only then do the trustees begin to take notice.  How do we know?  Because the senior trustee says “I am troubled.”

When a trustee is “puzzled,” or “astonished,” or “troubled” by a challenging request, this often indicates recognition of a call to adventure.  The trustee may seek a colleague or mentor to assist with deeper analysis, metaphorically accepting the call and entering a new and potentially hazardous realm.  New insight is gained.  Whether the request is approved or denied, the process leads to a more thoughtful decision.  Beneficiary and trustee are both better served.  The trustee has greater wisdom than before.

Let’s carry that back to the stories described above.  In each case, the trustee accepts the call.

In the second example, after consulting his mentor, the trustee decides that a cleaning service will allow the young mother more time with her toddlers and therefore is, in fact, an enhancement.  He pays the bill.

And the third trustee satisfies himself that issues surrounding the purchase of a helicopter for use of the beneficiary have been satisfactorily addressed and contributes a portion of the purchase price.

Quite often, accepting a “call to adventure” results in a more thoughtful decision, and that benefits most everyone in a particular trustscape.

So the moral of this column is: Know the trust language inside-out, get inside the beneficiary’s narrative and allow for a surprise ending.  Your  “path” will indeed be longer, and the journey mutually satisfying.