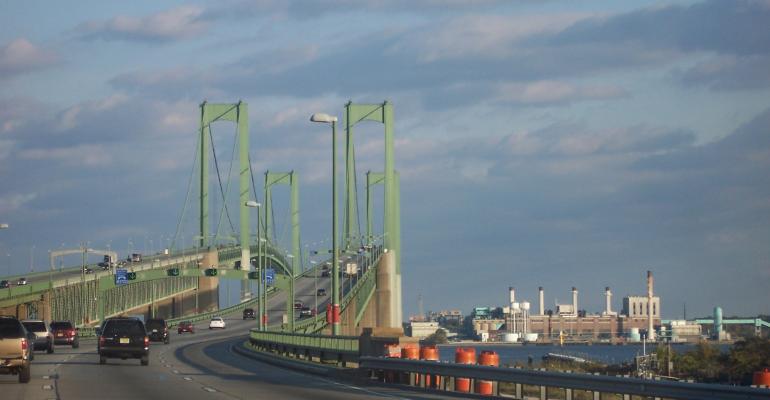 It&rsquo;s a great choice, but you can&rsquo;t always get what you want&nbsp;

While being in Delaware is great, getting there might take more than the trustee clicking his heels together three times and reciting “I want to be administered in Delaware.”  This was discussed in a series of cases.1 Here’s a summary of the pertinent facts.

Petitions, filed by members of the Peierls family, requested that the Court of Chancery accept jurisdiction over, and then modify, 13 trusts created during the period 1953 through 2005.  None of the trusts were created or settled under Delaware law, and none were ever administered in Delaware.  This latter fact is quite important to the analysis of what matters the Delaware courts will entertain and what steps might be warranted to shift a trust to Delaware to take advantage of the many benefits Delaware law and courts can afford to the administration of a trust, as discussed above.

A court of a state other than that of the testator’s domicile or that in which the trust is to be administered will not exercise jurisdiction if to do so would be an undue interference with the supervision of the trust by the court which has primary supervision.  Whether there is such interference depends on the relief sought.   Thus, if a court acquires jurisdiction over the trustee it may entertain a suit to compel him to redress a breach of trust, even though the trustee has qualified as trustee in a court of another state or the administration of the trust is in another state.  It may compel the trustee to render an accounting or it may even remove the trustee.   On the other hand, it will ordinarily decline to deal with questions of construction or validity or administration of the trust, leaving these matters to be dealt with by the court of primary supervision.   Thus, it will not ordinarily give instructions to the trustee as to his powers and duties.2

The Delaware court found that as to certain trusts (referred to as the 1960 trusts) the New Jersey courts had primary supervision over the trusts and that the petitioners should bring their requests to the New Jersey courts.  For the Delaware courts to address an issue before it when another state court has primary supervision over the trust would be undue interference.

In the third companion case, the Delaware court provided the following details as to the evaluation of which matters are considered administrative for purposes of determining which court has primary administrative supervision over a trust:

Section 272 of the Restatement specifically addresses which state’s law governs the administration of inter vivos trusts.  Section 272’s Comment a directs us to Section 271’s Comment a (which discusses testamentary trusts) to determine what matters are administrative in nature.   Administrative matters are “those matters which relate to the management of the trust,” including a trustee’s powers, the liabilities a trustee may incur for breach of trust, what constitutes a proper investment, a trustee’s compensation and indemnity rights, a trust’s terminability, and, importantly, a trustee’s removal and successor trustees’ appointment. [Citations to the Restatement Section 272 omitted].”3

As to trusts referred to as the “1969 trusts,” these were formed in New York and administered in New York until the New York courts “pitched” them to Texas and Texas “caught” the “pitch,” accepting jurisdiction.  The Texas court approved the change in trustees to a Texas institution and the change in situs of the trust to Texas.  The New York courts later affirmed this.  However, following the pitch and catch there was no indication of any continued involvement by the Texas courts with the trusts in question.  There were no accountings filed or other evidence of involvement by the Texas courts following the “catch.”  Apparently even if a player makes a great catch he can end up sitting on the bench.  The court went on to guide the petitioners as to how they could effectuate the changes they wished for these 1969 trusts by first using the authority in the instrument to designate the desired new Delaware institutional trustee.  That would provide a hook for Delaware to have interest in the matter.  Next, the court advised, the petitioners should have the Texas courts “pitch” jurisdiction to Delaware to “catch” much as Texas and New York had done previously.

It’s important to emphasize one aspect of the Delaware court’s instructions above.  Not all actions require court approval at all.  The removal of the former corporate trustee, the court found, was a valid exercise of the trustee’s powers under the trust instrument and didn’t require a judicial endorsement.  Thus, to the extent that the draftsperson can provide for flexibility in the instrument, some of the challenges faced in this case might simply be avoided.

In a related case, In the matter of Ethel f. Peierls Charitable Lead Unitrust,4 the Delaware court found no impediment to changing the governing law and situs of a trust.  While a court’s power to reform a trust depends on which state’s law governs the administration of the trust, in this case the trust agreement expressly states that when the situs of the Trust moves, so too does the law governing its administration.  The settlor expressly provided in the trust instrument that the situs could freely move and that the law governing the administration of the trust would follow.  The analysis of the Restatement above is unnecessary to navigate.

It’s long established that the settlor of an inter vivos trust has some right of choice in the selection of the jurisdiction, the law of which will govern the administration of the trust.5. Restatement Section 272 provides that the law governing a trust’s administration is either the local law of the state designated by the settlor, or, if none is designated, the law of the state to which the administration of the trust is most substantially related.  If the settlor doesn’t include an express choice-of-law provision, the choice of law may be inferred from the language in the trust instrument or from other circumstances, such as the settlor’s domicile, the extent of the contacts with a particular state where the trust was signed, where the trustee is based or where property was delivered to the trustee.

Restatement Section 272 comment e provides that because an inter vivos trust’s trustee is able to perform its duties without court supervision, no particular court acquires jurisdiction over the administration of the trust until the beneficiaries or the trustee bring a suit . Bringing an action in the non-Delaware Court to “pitch” the trust to Delaware might actually create the tie to the non-Delaware court that is trying to be terminated.

It’s common in drafting trusts and wills to include language to the effect that the trustee shall receive compensation under the laws of a particular state, that the document should be interpreted under the laws of that state and so on.  Perhaps drafting more generically using the defined term “State” and then indicating what the initial state will be would be preferable to having multiple provisions listing a specific state.  The implication of this type of drafting might support the later petition to move the trust formed under the instrument to a new state. Obviously, providing the express power to move a trust to a new situs and to designate new governing law would be preferable.

Some attorneys might feel that because a state is characterized as “trust friendly,” its courts should confirm anything a trust requests of it.  But, as In Re Trust Under Will of Wallace B. Flint for the Benefit of Katherine F. Shadek6 demonstrates, you can be friendly without being milquetoast.

In Flint, the Delaware Court of Chancery denied a beneficiary’s unopposed petition to modify the terms of a testamentary trust established by her father in his will because the modification violated the testator’s intent. The current income beneficiary of a testamentary trust petitioned the court to modify the trust’s administrative provisions, converting the trust from a traditional, trustee-managed structure that the settlor contemplated into a directed trust under which the trustee would serve only an administrative role.

The petitioner sought to re-write the testator’s will, 81 years after his death, changing a structure in which the testator placed the trustees in charge of the trust to a directed trust in which the corporate trustee would have no involvement or liability for investments.  Perhaps the fact that the preponderance of the trust corpus was a single highly concentrated stock position influenced the court’s concerns as well.  The magnitude of the changes, purporting to re-write a will rather than making precision modifications, the use of unusual constructs and terminology the court labeled “newspeak” (a reference to the fictional language in the novel 1984 by George Orwell), may have all been important to the court refusing the petitioner’s requests.

The court held that the wishes of living beneficiaries, even if they all concur, shouldn’t automatically prevail over the intent of the testator as evidenced in the governing instrument. The court held that Delaware should give deference to the testator’s intent.  Delaware law gives “maximum effect to the principle of freedom of disposition and to the enforceability of governing instruments.”7 The beneficiaries wanted a far greater degree of control over investments of the trust then the will that created that trust provided.  The court made clear that it wouldn’t rewrite a will, contrary to what that will indicated the testator intended, simply because the beneficiaries all desired that result.

The Delaware court used the case to confirm that rubberstamping of beneficiary requests isn’t the standard.