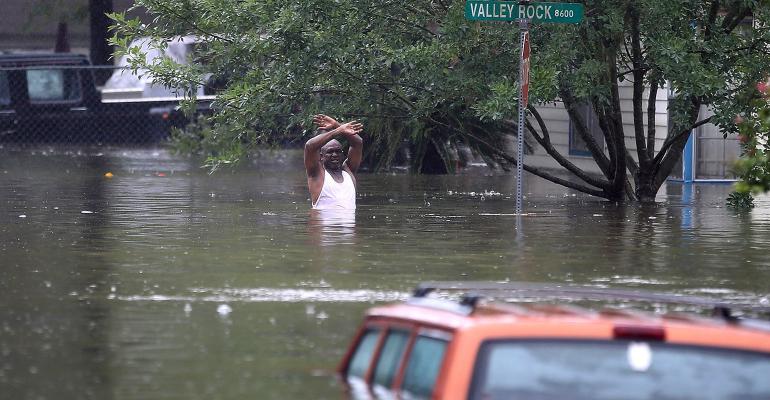 They provides tax benefits for both the donor and the organization.

The destruction caused by Hurricanes Harvey, Irma, and Maria and the wildfires in California have led to an outpouring of charitable gifts and donations. Some of the giving has come in the form of contributions to the American Red Cross and other public charities, which are deductible to the donor (assuming the donor itemizes deductions), but can’t be earmarked for particular recipients. In other cases, storm victims have solicited gifts through gofundme.com and similar platforms. These kinds of gifts are paid directly to a specific person but can’t be deducted by the donor, no matter how sympathetic the recipient.

For businesses whose employees were affected by disasters, however, there may be another way to provide relief: an employer-sponsored public charity or private foundation. These employer-sponsored organizations combine many of the tax benefits of a typical charitable organization, such as a deduction for donors and tax exemption for the charity, with the ability to provide relief to a relatively small group of people, such as the employees of a particular company affected by a disaster.

For large- and medium-sized employers that are committed to providing relief to employees affected by disasters or personal hardships, an employer-sponsored charity offers several attractive benefits: tax deductibility of contributions, tax exemption on the charity’s income, and tax exclusion for recipients, together with the ability to focus its relief on a relatively small group of people, for example, employees and former employees of the sponsoring employer. In order to enjoy these benefits, however, employers must be careful to ensure that their sponsored charities are organized and operated according to Internal Revenue Service rules.

Historically, the IRS was wary of employer-sponsored organizations providing disaster relief to employees of the sponsoring company. Among other reasons, the IRS was concerned such organizations would provide a private benefit to the sponsoring employer and would allow the sponsoring employer to pay disguised compensation to employees. Not long after the terrorist attacks of Sept. 11, 2001, however, the IRS reconsidered its position. The IRS now allows employer-sponsored public charities and private foundations to offer disaster relief to employees, as long as three conditions are satisfied:

When these requirements are met, employer-sponsored charity payments to employees are presumed to be for charitable purposes and won’t result in taxable compensation to the recipient. The requirements aren’t unique to employer-sponsored charities but reflect the IRS’s unique concerns when such organizations provide disaster relief to the sponsoring company’s employees.

If the group of potential beneficiaries is limited to a smaller group, such as the employees of a particular employer, the group of persons eligible for assistance must be indefinite. The IRS will consider a group indefinite where it includes not only employees affected by a current disaster, but also employees who may be affected by future disasters. Thus, a company with a single employee who lost her home in Hurricane Harvey couldn’t form a charity solely to assist that employee, but might be able to provide disaster relief to the employee through a charity formed to assist victims of Hurricane Harvey and future disasters.

Very small employers may be unable to show that a company-sponsored charity benefits a charitable class, because the group of potential beneficiaries is too small. Companies with a few thousand or even a few hundred employees, however, should be able to satisfy the charitable class requirement, particularly if relief is available not only to current employees, but also to former employees and the families of employees and former employees. Small companies may also be able to fulfill this requirement by providing disaster relief to others in the community in addition to company employees.

The second condition relates to the requirement that a charity providing disaster relief must make an objective determination that recipients are financially or otherwise in need. While not unique to employer-sponsored charities, this requirement speaks to the IRS’s concern that such charities not be used to pay disguised compensation to the employees of the sponsoring employer.

In the immediate aftermath of a disaster, a charity may provide certain kinds of relief, such as rescue services, blankets, water and hot meals, without regard to financial need. As time goes by, however, charities must assess each recipient’s resources before providing aid. If an executive of a company loses her home to a storm, for example, but the home is insured and the executive has the resources to rebuild or buy a new home, the executive probably will not qualify as being financially in need even though she may be in need of food, water and shelter in the immediate aftermath of a disaster.

The third requirement is intended to ensure that an employer-sponsored charity remains independent of the sponsoring employer. The purpose of the requirement is to prevent an employer from using a company-sponsored charity to enhance employee recruitment or retention, which would be a private benefit to the sponsoring employer.

The IRS will consider a charity’s selection committee to be independent if a majority of its members consists of persons who aren’t in a position to exercise substantial influence over the affairs of the employer. For example, a sponsoring employer can’t appoint its board of directors as the directors of the employer-sponsored charity’s selection committee, but can appoint one or two board members, so long as the appointed board members don’t make up the majority of the committee and aren’t able to exercise undue influence over the selection process.

Employer-sponsored private foundations that provide relief to the sponsoring company’s employees may do so only in the case of a “qualified disaster,” which includes a federally declared disaster, accidents involving common carriers and disasters resulting from terrorist attacks or military action.

Employer-sponsored public charities, conversely, are thought to be more transparent because they are answerable to the general public. Therefore, they are allowed more leeway to provide relief. An employer-sponsored public charity may, for example, provide relief not only in the case of a qualified disaster, but also in the case of an employee emergency personal hardship situation, such as an illness or personal casualty loss.

Employers that would like more flexibility to provide relief in emergency hardship situations may be able to qualify as public charities by, among other things, receiving contributions from employees, customers, clients, suppliers and others to ensure a broad base of support.

In addition to the federal tax rules for organizing and operating an employer-sponsored public charity or private foundation, there are a myriad of state-specific rules. Most states require charities to register, for example, if they’ll be soliciting funds or making distributions in the state.

There’s currently no uniformed or 50-state registration procedure, which can make the state registration requirements burdensome for charities that intend to solicit funds in most or all 50 states. The rules may be less daunting, however, for charities that intend to operate in only one or a few states, or for private foundations that will be funded solely by the sponsoring employer, and thus, will not solicit contributions at all. Such charities generally will, however, still need to register in the states in which they’re operating or soliciting contributions.