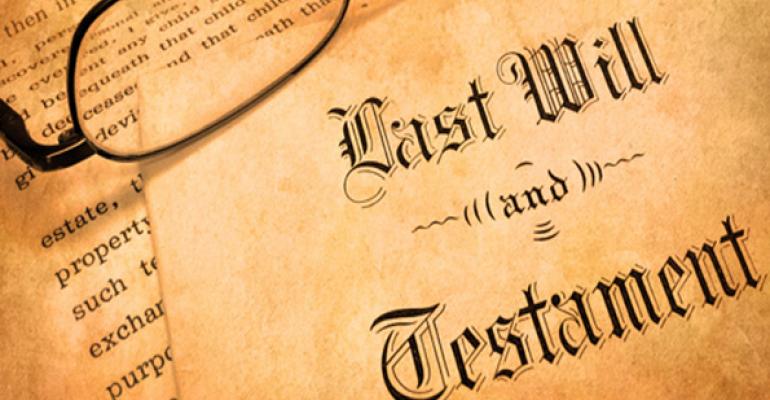 Dead, But Not Forgotten

2010 held the happy distinction of being the best year in which to die for those with significant wealth. Internal Revenue Code Section 2210, enacted under the Economic Growth and Tax Relief Reconciliation Act of 2001 (EGTRRA), eliminated the estate tax for decedents dying in 2010. Concurrently, the EGTRRA enacted IRC Section 1022, instituting a modified carryover basis system that partly offset the tax benefits of eliminating the estate tax.

Despite the seemingly fleeting, long-expired, application of Sections 2210 and 1022, the IRS released new regulations relating to the repealed Section 1022 ("new regulations”) on Jan. 19, 2017.3 The new regulations emphasize that while the 1022 election may only have been available for property of those dying in 2010, the modified basis of that property continues to affect transactions and property owners.4 As the IRS emphasized in the Background to the New Regulations, the repealed Section 1022 will continue to be relevant until the last of the property inherited or bequeathed from a decedent who died in 2010, and whose executor made a 1022 election, is sold or otherwise disposed of.5

In general, IRC Section 1014 governs the basis of property acquired from a decedent. Under Section 1014(a), the recipient receives such property with an adjusted basis of its fair market value (FMV) on the decedent’s date of death (the asset’s “stepped up” or “stepped down” basis). Thus, under Section 1014, an individual who sold inherited stock, originally purchased for $1 million, immediately after the decedent’s death for its FMV of $2 million, would report no taxable gain.

In revising the language of the regulations, the IRS intended “solely to conform the existing regulations to the provisions of section 1022.”11 The new regulations incorporate references to Section 1022 into the existing regulations wherever basis is referenced. Many of the changes simply involve inserting a reference, such as “or section 1022” or “and section 1022.”12 Others include an example or more detailed explanation addressing proper application of Section 1022 in a specific context. For example, Section 1.742-1(a) of the new regulations specifically addresses the basis of a partnership interest acquired from a decedent who died in 2010 and whose executor made a 1022 election. Section 1.742-1(a) provides that the basis is the lower of the decedent’s adjusted basis or the interest’s FMV at the decedent’s death, but the basis may be increased up to the interest’s FMV at the decedent’s date of death under Subsections 1022(b) (addressing aggregate basis increase) and/or 1022(c (addressing additional surviving spousal basis increase).

2. Intuitively, an estate valued at less than the $5 million exemption benefits more from receiving a full step-up in basis for all its assets under the estate tax regime, while still paying no estate tax, than from making a Internal Revenue Code Section 1022 election.