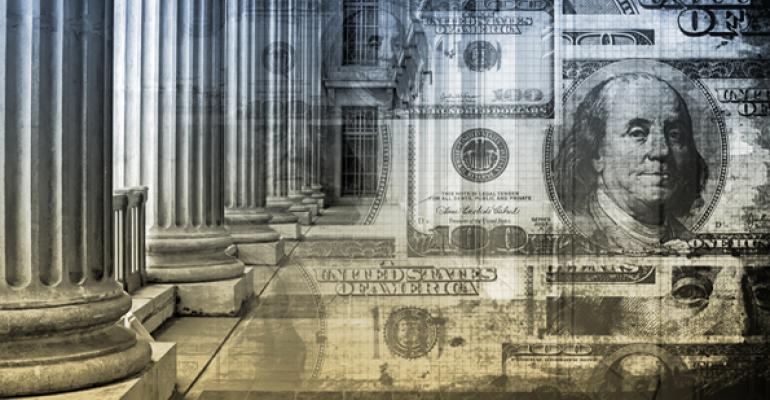 In Estate of Arthur E. Schaefer,[1] the U.S.  Tax Court resolved what it described as an ambiguity in Treasury Regulations about how to value the remainder interest of a CRUT.  The court held that the value must be determined without regard to a provision limiting annual distributions to the amount of the trust’s net income.  Instead, the valuation must be determined based only on the percentage of the trust payable annually to the non-charitable beneficiary, or, if greater, 5 percent.  That holding resulted in CRUT qualification failure for the estate.

In 2004, Arthur Schaefer (at age 96) established a CRUT. During the term of the trust, Arthur was entitled to payments for life. Then, his son, Ronald, was entitled to payments, for life.   Arthur established another trust with similar terms for his other son, Benjamin.  Each trust was to terminate on the death of its surviving life beneficiary.  All property then remaining in trust was to be paid to a charitable organization.

Ronald’s CRUT called for payment of 11 percent of the annually-determined net fair market value (FMV) of trust assets to him.  But, if the trust’s net income was less than that amount for any year, only net income was payable.

Benjamin’s CRUT called for payment of 10 percent of the annually-determined net FMV of trust assets to him.  Like Ronald’s trust, if trust net income was less than that amount for any year, only net income was payable.

No estate tax deduction was claimed in Estate of Schaefer.  Instead, the trusts were reported in the estate tax return at FMV, reduced by an amount claimed to be the value of the charitable interests.  Nevertheless, the question before the court was whether either CRUT qualified for the estate tax charitable deduction.  The answer depended on a CRUT qualification requirement that the present value of the charitable remainder interest of each CRUT must be at least 10 percent of the trust’s value.  The parties disagreed about how to compute that value.

The government argued that neither Ronald’s nor Benjamin’s CRUT satisfied the 10 percent test, saying the net income limitation couldn’t be considered in determining those present values.  Rather, the CRUTs must be valued based solely on their respective percentage payouts. The executor of Schaefer’s estate disagreed, saying that the net income limitation must be given regard. Qualification of the CRUT as such turned on that question.

Internal Revenue Code Section 2055 authorizes a deduction from a decedent’s gross estate for certain charitable bequests.  No charitable deduction is allowed when property passes to a qualifying charity and passes either to a person or for a non-charitable use.  But, a charitable deduction is allowed if a remainder interest passes to a qualifying charity in the form of a CRUT or a charitable remainder annuity trust (CRAT).[2]  A question not expressly raised in Schaefer is whether a CRUT or CRAT established during lifetime must re-qualify as such on death.  Yet, this court and, presumably, the litigants, acted as if that is so.

For estate tax reporting purposes, the total value of all CRUT property in which the decedent retained an interest must be reported on Form 706, Schedule G (Transfers During Decedent’s Life).  The charitable deduction for a CRUT’s remainder interest, if available, must be claimed on Schedule O (Charitable, Public, and Similar Gifts and Bequests).

Treasury Regulations Section 1.664-4 prescribes the method for valuation of a CRUT’s remainder interest. No mention is made of how to value such an interest when the amount payable to the non-charitable beneficiary is limited to annual net income.  The court regarded the regulation’s failure to specifically address the net income limitation as an ambiguity.

The opinion discloses insufficient facts to ascertain values.  Here’s an example illustrating the controversy.  A CRUT is established under a will provides that the decedent’s child will receive annual payments of 8 percent of the FMV as of the beginning of each year, limited to net income.  The payments are due annually, at the end of each year.  The required discount rate for valuing the life estate and remainder is 2.2 percent.  The life beneficiary’s nearest age as of the testator’s date of death is 27 years.

Having found ambiguity in the regulations regarding whether valuation takes a net income limitation into account, the court turned to the legislative history.  The ability of a CRUT or a CRAT to contain a net income limitation was introduced by the Senate as an amendment to the Tax Reform Act of 1969.  That amendment also added trust valuation provisions.  Both were adopted in final legislation.  According to the court, the Senate report on those amendments makes it clear that the charitable contributions deduction “is to be computed on the basis that the income beneficiary of the trust will receive each year the higher of 5 percent of the net fair market value of the trust assets or the payment provided for in the trust instrument.”

The court pointed out that the IRS adopted valuation methodology that doesn’t accord recognition of a net income limitation in providing sample drafting provisions in Revenue Ruling 72-395. Further, according to the court, Rev. Proc. 2005-54, Section 6.09 states, “For purposes of determining the amount of the charitable contribution, the remainder interest is computed on the basis that an amount equal to the fixed percentage unitrust amount is to be distributed each year, without regard to the possibility that a smaller or larger amount of trust income may be the amount distributed.”

The court noted that, while it’s not bound by revenue rulings or procedures, it owes them appropriate deference.   The court was persuaded by the Senate Committee report and the IRS pronouncements that charitable remainder trusts valuations may not take into account limitations to distributions based on net income.  That meant that both CRUTs failed the requirement that, to qualify as a CRUT, the value of the charitable interest must be at least 10 percent of the trust’s value.

The opinion doesn’t mention collateral income tax consequences of its holdings.  Because the CRUTs didn’t qualify as such, the general rules regarding taxation of trusts and trust beneficiaries apply.